BOB ABERNETHY: Now, a new look at America’s religious diversity. In 1965, a change in the law opened up this country to millions of new immigrants from Asia, Africa, and the Middle East, and they brought their religions with them. Traditions other than Christianity and Judaism comprise only a small percentage of the overall religious population. Still, in the words of Diana Eck of Harvard University, “We are now religious in so many different ways than we ever imagined before that it takes our breath away.” 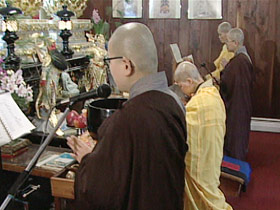 Professor Eck has a new book out called A NEW RELIGIOUS AMERICA, and when she was in Washington recently, I talked with her about diversity and its implications.

DR. DIANA ECK (Professor of Comparative Religion and Indian Studies, Harvard University): Well, in simple terms, we have become the most religiously diverse nation on earth.

We have extensive Buddhist traditions, places like Los Angeles [are] now really the most complex Buddhist city in the entire world. We have Hindus who have come not just from India, but from Trinidad and the Caribbean. We have Muslims who have come from the Middle East and from India and Pakistan and Africa and Indonesia.

We have this challenge in the United States to do something that has really never been done before, which is to create a multireligious and democratic state. 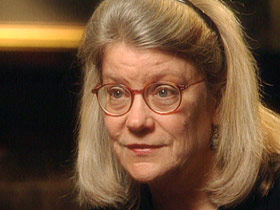 ABERNETHY: Professor Eck thinks America’s commitment to religious freedom will help accomplish this. But I wondered, what does diversity imply for Christians who feel an obligation to try to convert others?

DR. ECK: I think that the thing many people who are not Christians feel about Christian evangelism and missions is that it’s so one way. It’s so one-sided. And it has — it has all mouth, you might say, and no ears. And as a Christian, I would say that is a wrong understanding of what kind of relationship we should have with people of other faiths.

ABERNETHY: So, how should a Christian relate to, for instance, Buddhists, who may not believe in a transcendent God? 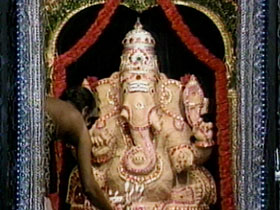 ABERNETHY: What about Hindus, with, what do they say, 330 million deities? That rubs a lot of people the wrong way, people who believe in one God. How do they interpret that?

DR. ECK: Well, they need to ask Hindus how they interpret it, because there is a way in which the Hindu tradition was sort of made for the American project. “E Pluribus Unum” is our national motto. And in a way, out of many, one is also the theological motto, you might say, of the Hindu tradition.

So open your eyes. Let’s try to understand what it means to speak of the many-ness of God. And Hindus can really help us with that. 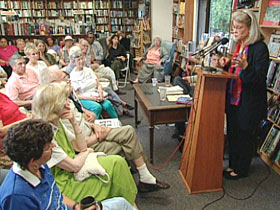 ABERNETHY: Professor Eck teaches Indian religions and comparative religions at Harvard. She has published a CD-ROM that identifies, for instance, just where to find a Hindu temple in, say, Dallas. I asked her how her own knowledge of others has helped her faith.

ABERNETHY: As she speaks at book signings and other events, Professor Eck is sometimes asked what she would say to her fellow-Christians who might think other religions challenge their truths?

DR. ECK: Well, I would say they need to be able to open their minds to the truth of Christianity, then. One of the most startling things about the entire experience of Easter and the Pentecost was that most of the people who came to call themselves Christians did not recognize what Christ was doing, did not recognize him when he was walking along the road side by side with them, did not recognize the outpouring of the Holy Spirit. I mean these mysteries are things that the Christian church does not have locked up in, in its own treasure chest, but are mysteries that we need to be alert to. 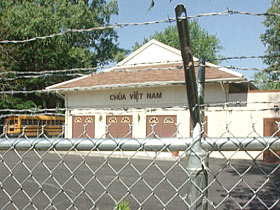 The Christian church does not have a corner on compassion and love. These are things that are widely shared, and we need to keep our eyes open for them, wherever we find them.

ABERNETHY: Professor Eck told the story of a Vietnamese Buddhist temple near Boston that was vandalized by boys in the neighborhood. They trashed the altar and the Buddhist image of compassion.

DR. ECK: The police caught the vandals, and the Vietnamese, after some deliberation, decided not to prosecute, not to take them to court, but to invite them to a picnic and hold a neighborhood festival of forgiveness, so to speak — a cleanup morning at the temple, to clean up the whole neighborhood.

And the boys went in and saw what happened in the temple, saw people at prayer. And I remember talking with one of them. His name was Angelo. And the president of the temple that very morning, when he welcomed Angelo and embraced him, had said, “Your name means angel, a guardian angel. We are going to make you the guardian angel of this Vietnamese Buddhist temple.” And when I talked to Angelo a little later, he said, “You know, if I had known anything about what went on inside this temple and about these people I would never have done this.” And that’s a lesson for all of us.

ABERNETHY: Diana Eck on what she calls “A New Religious America.”