BOB ABERNETHY, anchor: There's a movement under way among many Catholic women and women scholars to revise the reputation of Mary Magdalene. For centuries, she was reviled as a prostitute. But now, the discovery of ancient texts -- and several recent movies and novels -- are portraying her as an important figure in early church history. And that, as Mary Alice Williams reports, is giving hope to all those who want a more important place for women in today's church, too. 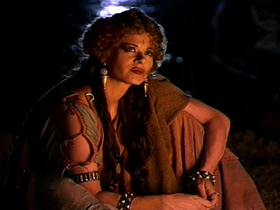 Simon to Jesus: You know what kind of a woman this is?

MARY ALICE WILLIAMS: Good question. Was Mary Magdalene a penitent prostitute? Devoted disciple? Love interest of Jesus? Popular culture says she played all these roles. From whore in the movies KING OF KINGS and JESUS OF NAZARETH, to wife of Jesus in LAST TEMPTATION OF CHRIST, to Jesus' beloved who bore his child in the best-selling novel THE DA VINCI CODE, Mary's true identity is in play. And "harlot" is not on her resumé. 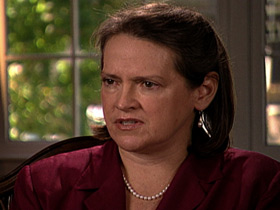 Dr. KAREN KING (Professor, Ecclesiastical History, Harvard Divinity School): The idea that Mary Magdalene was not a prostitute, which comes as a shocking surprise to almost everyone raised in the West with this tradition, makes, I think, people feel like they've been lied to. This you can see is the parallel text to Coptic.

WILLIAMS: Karen King is a professor of ecclesiastical history at Harvard Divinity School. She's written a book about Mary of Magdala based on the ancient Gnostic text "The Gospel of Mary," found in 1896 in Egypt. Translated over the last half century, the bits and pieces of papyri are badly decomposed, and thought to date from 125 C.E.

Dr. KING: What we now know from our discovery of these new texts from Egypt is that there was a story of Mary Magdalene as a prominent disciple of Jesus and as an apostle and a leader in the church after the resurrection.

WILLIAMS: Nothing in the New Testament says she was a prostitute. Luke writes that Jesus casts seven demons from her, after which she joins his disciples and provides for them. She witnesses the crucifixion from the foot of the cross, the male disciples having fled. And she was the first witness to the resurrection and was sent by Jesus to tell his other disciples of his return.

How did Mary Magdalene, the pivotal player in Christianity's defining moment, come to be so maligned? At the end of the 6th century, Pope Gregory the Great gave a sermon in which he characterized Mary Magdalene as a harlot.

Dr. KING: He tells us exactly how he did it -- by aligning her with the "sinful woman" in Luke, with Mary of Bethany in John, and with the Mary in -- from whom seven devils were ejected to produce this Mary, the prostitute. 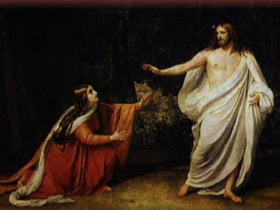 WILLIAMS: Mary Magdalene became the patron saint of fallen women. Historians don't agree on why Pope Gregory did it. To simplify things? To create a figure that would show the redemptive and transforming nature of Christian faith? Or, as King believes, to stifle the legend of a strong female leader?

Dr. KING: If one wanted to discredit Mary Magdalene, simply saying that she was a woman and her witness was unreliable was not sufficient. Saying that she hadn't been an important disciple, or hadn't been with Jesus -- that was not possible, because that was in the tradition. But to see her as a prostitute -- this was a way of maligning her in a way that would stick, if you will.

WILLIAMS: Mary Magdalene's reputation as a bad girl who became the hope of all bad girls did indeed stick. It persists today even though in 1969 the Vatican, without commenting on Pope Gregory's reasoning, officially separated Luke's sinful woman, Mary of Bethany, and Mary Magdala.

LINDA PIECZYNSKI (Call to Action): Remember, for years Catholics were told not to read the Bible -- we weren't considered learned enough to be able to do that. So we were spoon-fed our catechism by our teachers. Well, that's not the case anymore. 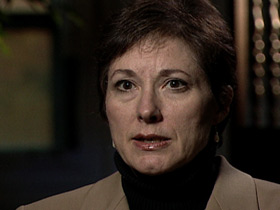 WILLIAMS: Linda Pieczynski works with Call to Action, one of several Catholic reform organizations which, among other things, is striving to get women ordained as priests. Call to Action and other groups are staging Magdalene's traditional feast day, July 22, as a major celebration in hopes of making her more prominent in the Church. This year there were more than 300 Magdalene celebrations worldwide.

Ms. PIECZYNSKI: It's empowering to be able to put together a worship service and create something new. It makes us feel that we do have a place and we have to keep claiming it.

WILLIAMS: Some see Mary Magdalene as the poster girl for the argument to ordain women. Popes Paul VI and John Paul II have said women can't be priests because Jesus was a man.

Ms. PIECZYNSKI: Here you have Mary Magdalene as a witness to the resurrection. How more chosen do you have to become to be deemed worthy of the priesthood?

WILLIAMS: Bruce Malina, professor of biblical studies at Creighton University, says using Mary as ammunition for female ordination is a nonstarter. Traditional Church leaders stand by the Council of Nicea's claim that all the Gnostic Gospels, including Mary's, are heretical and have no authority or historical merit today.

BRUCE MALINA (Professor, Biblical Studies, Creighton University): I don't think the people that they argue with would know anything about these documents at all, and it wouldn't move them. Even if you had a note from Peter saying, "Yes, you can ordain her," it is not going to count. It is against the structure as it stands.

WILLIAMS: Many Catholic women concede they won't see women ordained under the current pope. But they and others, like scholar Elaine Pagels, author of books on the Gnostic Gospels, want Catholics to know about the strong leadership roles women played in the early days of Christianity.

ELAINE PAGELS (Author, GNOSTIC GOSPELS): In some of these other Gospels, we find women in very different positions, with very different kinds of respect -- as disciples, as apostles, as teachers -- than you find them in the Gospels of the New Testament.

WILLIAMS: In fact, the churches were led by women?

Ms. PAGELS: Yes, many of them were.

WILLIAMS: Because first-century society was so patriarchal, many doubt women could have held leadership roles. But others believe they did.

Dr. KING: Women in the higher classes played enormously active roles, not only in politics but in economics and socially and otherwise. We also have a strong tradition of women being educated to read and write in many cities. Women were heads of synagogues. So this notion of women being subservient is, again, a truth, but it's a partial truth.

WILLIAMS: What of the wild speculation that Magdalene was married to Jesus, even bore him a child? This idea was the theme of this year's megahit,THE DA VINCI CODE.

(to Dr. King): Any evidence that they were married?

Dr. KING: The usual thing would have been to identify a woman in relationship to the man that she was attached to, whether it was a father, a brother, a husband. And for Jesus to be so significant and so important in this text, and have her identified as a place name -- that would be absolutely unique in all of ancient literature. And so, it makes me think that there was no relationship of that kind between them.

WILLIAMS: Bruce Malina and other critics feel the recent interpretations of the Gospel of Mary and all the Gnostic Gospels have been influenced by the ideology of those who are reading them. 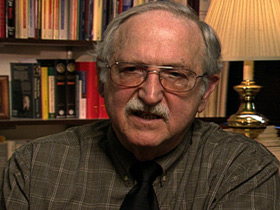 WILLIAMS: There are some traditionalists who call you "tendentious" and "driven by ideology."

Dr. KING: The real issues for me, as a historian, come down to the evidence; now that we have this new material, it's going to be increasingly difficult for people to ignore it.

WILLIAMS: For Linda Pieczynski, the issue of whether women get ordained in part because of Mary Magdalene is not as important as the new hope she has given Catholic women.

Ms. PIECZYNSKI: I think what is so critical to rediscovering these great women of Christian history is that it gives us enough hope so that it allows us to stay in the Church and work for reform in it.

Dr. KING: Mary Magdalene is important, I think, to women of all faiths because it tells women that they, too, have a history -- and a history that places them at the center of their own traditions, and not merely at its margins as a subsidiary or helpers of those who were doing the real work.

WILLIAMS: This new portrait of Mary Magdalene as a key player in the western world's dominant religion will not completely obscure the old portrait in popular culture of Mary as prostitute. Sex does sell. But the question of who she was, what role she played, will also persist as women try to break the stained-glass ceiling of Church hierarchy.

There’s a movement under way among many Catholic women and women scholars to revise the reputation of Mary Magdalene. For centuries, she was reviled as a prostitute. But now, with the discovery of ancient text, several recent movies and novels are portraying her as an important figure in early church history.