LUCKY SEVERSON, correspondent: This is the medium security pod at the detention center in Sumter, South Carolina, and this is Dr. Brenda Williams, all four feet, eleven inches of her.

DR. BRENDA: OK, now listen up. What were going to do is this. A couple of things, then we’re gonna go on, ’cause I am a very short-winded person.

SEVERSON: She says she was afraid to talk in public until the teacher made her give an oral report in 7th grade. Her husband, Dr. Joe Williams, says that was just the beginning.

DR. JOE WILLIAMS: She was talking when I first saw her and she’s continued to talk since then. 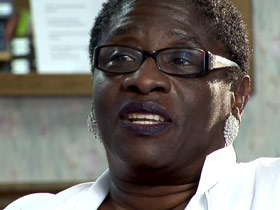 I called Mr. Mathews and said, “Hi, my name is Brenda Williams,” blah, blah, blah, and he said, “I know about you. You don’t have to give me an introduction.”

SEVERSON: Few in Sumter would deny that Dr. Brenda Williams is a force of nature, or that her husband Dr. Joe is the calm in the eye of the storm. She’s a general practitioner. He’s an internist and geriatrician. They’ve run a clinic in this city of 100,000 for 30 years. No one is turned away. Her latest project is called Do Right and the folks who agree to “do right” get on the list to get a free home. So far they’ve given away four.

PATRICIA DUNHAM: This is my dining room. I never had one of those before.

It’s the first house Patricia Dunham has ever owned. For her and her husband and three kids, it’s a dream come true. It may be comfortable now but it wasn’t when the doctor found it.

DR. BRENDA: The house had a porch that was falling in. It had 59 broken window panes. All of the wiring was stripped of copper. The plumbing stuff was missing.

The houses are not just given, quote unquote, “given” to the families, they have to work for it. They have to earn it. 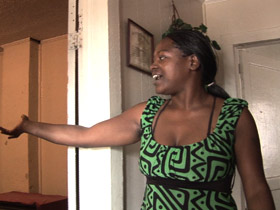 PATRICIA DUNHAM: I do community service, clean up paper, go to church, be active in my kid’s schooling, come to the meetings once a month, basically easy stuff that’s not hard to do to get a free home, and I thank you very much. (hugs her)

SEVERSON: The cost of fixing-up these fixer-uppers comes out of the Williams pockets. They receive no outside funding. But they’re not pushovers. People who don’t follow the rules don’t get a home. 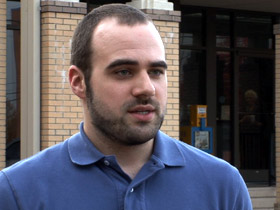 NICK MCCORMAC (The Sumter Item): She doesn’t want people to take things for granted, basically. She wants them to earn it. It’s to give them that empowerment, to make them proud of themselves, to build themselves up so they can go on and own their house or be a voter and be engaged and have that pride that comes along with those kind of things.

DR. BRENDA: It’s demanded that the recipients of that free home go back to school and get a high school diploma if they haven’t graduated from high school. It’s mandatory.

SEVERSON: Patricia got her high school diploma. Now she’s attending college, and she has her own home.

PATRICIA: It feels so good when I go pay my taxes in January.

SEVERSON: Linda Prince earned her new home by following the rules, which includes cleaning up litter in the neighborhood.

DR. BRENDA: The neighborhood is improving and you know one thing, we ran the drug dealers away. OK, there might still be one or two hanging around somewhere, but there was a house not too far from here, by the way, that was all the time frequented by drug dealers, and they’re gone now. 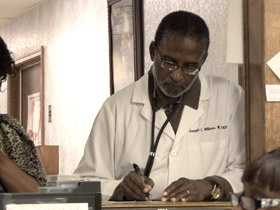 DR. JOE WILLIAMS: I for one believe that this is the best country in the world. I believe that we all have to figure out a way to make it better.

SEVERSON: It’s a calling for them, making things better, a way to pay back for their good fortune. Both are deeply religious. He is a United Methodist. She belongs to an Apostolic church.

DR. BRENDA: (singing) And we all know that he loves us.

SEVERSON: She says she gets her inspiration from the good book, from scriptures like the 41st Psalm, verse one.

DR. BRENDA: “Blessed are ye who consider the poor for the Lord will deliver you in your days of trouble.”

DR. JOE: There’s a large portion of our community, the so-called underclass, that seem to be mired I poverty. And really, as I tell my wife all the time, those are the people I’m really concerned about.

SEVERSON: For them, the core of the problem facing the African-American community is the break up of the family. 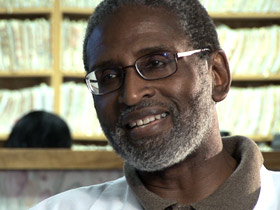 DR. JOE: We have problems with men and women not getting together and getting married, or breaking apart in terms of the family, that we really feel very discouraged about.

SEVERSON: Makesha Kennedy is an exception. She and her husband were married ten years ago after the Williams prodded them and other couples to tie the knot.

Makesha has three children, getting good grades, with a father at home. She now works at the doctor’s office. So does Amanda Elizabeth Wolf. She met Dr. Brenda, as the staff calls her, when she was in jail a year ago.

AMANDA ELIZABETH WOLF: I mean, we’ve come a long ways, and you know, I have to give number one credit to God, but if it weren’t for Dr. Brenda and Dr. Joe, I wouldn’t be blessed with this house right now.

SEVERSON: Amanda is now a member of what is known as the Do Right Crew, mostly former inmates who meet with the Do Right Kids, youngsters Dr. Brenda has recruited, to do community service and talk about the problems of growing up.

AMANDA ELIZABETH WOLF: You know whenever I do, I guess, want to relapse or think about going back to my old ways, I think, you know, well I’m accountability to the Do Right kids, you know. And I don’t want to have to go to them and say, “Hey, listen, I screwed up, I’m back in jail.” 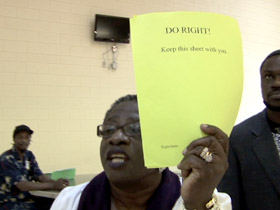 SEVERSON: Even these prisoners are eligible for a free home, and she’ll help with a job too, if they “do right.”

DR. BRENDA: I’ll do everything I can to find you a job. I can’t promise you that job will come but I’ll sure do my doggone best to help you get a job.

SEVERSON: The director of the detention center says he had to turn the lights out late one night to get her to go home, but he’s glad she comes.

SIMON MAJOR (Sumter Lee Detention Center): She’s very encouraging, but not only that now, there’s another population that she talks to also, as she speaks with the inmates, our officers get to hear that same encouraging word.

SEVERSON: And then she gets to her most passionate cause right now, registering pre-trial inmates to vote.

SEVERSON: Before she was done, most of the men signed up to register to vote. It’s not an easy process in South Carolina.

DR. BRENDA: (To inmate) I’ll bet your momma has your birth certificate.

(To inmates) You all come and give us a hug, we love you now..

The bible says that many are called but few are chosen. But I truly believe that he chooses certain individuals to do his tough stuff.