KIM LAWTON, correspondent: At a megachurch in Orlando, evangelical Christians gathered to pray for the nation. The meeting was organized by a group called The Response, which has been holding similar sessions in other early primary states. They say they’re praying because they are well aware of the importance of the upcoming election and of their own role in helping to choose the Republican nominee. According to exit polls, two-thirds of the GOP primary voters in South Carolina last week described themselves as born-again or evangelical Christians. Forty-four percent of them voted for Newt Gingrich. Mitt Romney and Rick Santorum each got 21 percent of the evangelical vote. Here in Florida, conservative Christians make up about 40 percent of likely Republican primary voters.

STEVE STRANG (CEO, Charisma Media): It is important just because there are so many of us. But we don’t all think alike. We don’t all support the same person.

LAWTON: And that division among evangelicals has been a major factor this primary season. Although one-time presumed frontrunner Romney does have some support within the evangelical community, so far many rank-and-file conservative Christians haven’t rallied around him. Some believe it’s at least in part because of Romney’s membership in the Church of Jesus Christ of Latter-Day Saints—the Mormons. 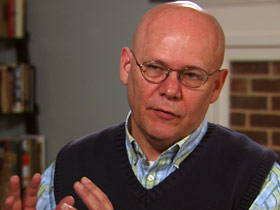 WARREN COLE SMITH (Associate Publisher, World Magazine): Mitt Romney’s Mormonism is a concern of mine because I have a concern as an evangelical Christian that I should not promote what my faith teaches is a false religion.

LAWTON: Warren Cole Smith is associate publisher of the Christian news magazine World. He wrote a blog in which he said if Romney believes what the Mormon faith teaches, he is “unfit to serve” as president.

SMITH: You could start with the doctrine of the Trinity, what theologians would call their Christology, in other words their understanding of who Christ is. And you wouldn’t have to go any farther than that to identify very quickly some differences between orthodox Biblical Christianity and Mormon theology.

LAWTON: Mormons hold several views which set them apart from Roman Catholic, Orthodox, and Protestant Christians. Not accepting the doctrine of the Trinity, Mormons believe that Jesus and God were separate physical beings. Founder Joseph Smith taught that traditional Christianity had fallen away from the teachings of Jesus, so additional and continuing revelations, like the Book of Mormon, were needed to restore the true faith. The LDS church may hold different views from the mainstream, but Mormons are deeply offended by the suggestion that they are not “real” Christians. Joanna Brooks is senior correspondent for ReligionDispatches.org, an interfaith online magazine. 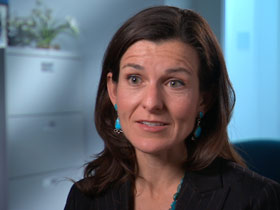 JOANNA BROOKS (Senior Correspondent, Religion Dispatches): The name of Jesus Christ is in the name of our church. So, you know, Mormons do tend to feel like we’re being profoundly misunderstood when we’re classified as not being Christian.

LAWTON: And does it matter in a presidential race?

SMITH: It is a position of such high visibility in the world that, yes, having a Mormon in that particular chair would have the effect of promoting Mormonism, of normalizing Mormonism culturally both here in the United States and around the world.

BROOKS: Mormons are actually pretty cautious about the scrutiny that might come to faith as Romney runs and if he were to win the presidency. At the same time, you know, perhaps over the course of a Romney presidency people would finally get used to the idea that Mormons are fairly normal members of American society.

LAWTON: The LDS church has not commented on Romney’s campaign because it doesn’t want to appear to be interfering in the election. However, the church has released a series of ads highlighting the variety of people who hold the Mormon faith. This primary season, Romney has avoided direct discussion of the faith issue. He has been doing a lot of outreach to evangelicals.

MITT ROMNEY: I am convinced that if we have a president who will tell the truth and live with integrity and who knows how to lead and rebuild an economy, who will then draw on the patriotism of the American people, we will be able to restore those values and keep America as it has always been, the hope of the earth.

LAWTON: In Florida, evangelical Republican Cathleen Kwas is supporting Romney largely because of his economic experience. 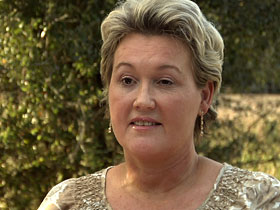 CATHLEEN KWAS (Evangelical Voter): I’m not electing him to be the pastor of my church or anything like that. I think he’s a moral man. I think he’s a strong husband, a good father, and I’m sure we share a lot of the same, you know, ethics and values. And you know, the Mormonism isn’t—I don’t even think about that.

LAWTON: Charisma Media CEO Steve Strong is among other evangelicals who say they are reluctant to support Romney because of his policies, not his faith.

STRANG: I have no criticism of Governor Romney personally other than the fact that you have to question how conservative he is by some of the things he did in Massachusetts. Thankfully his flip-flopping, in my opinion, was flip-flopping in the right direction. That is a factor, but for me that is more of a factor than what church he goes to.

LAWTON: If not Romney, who? In the South Carolina vote, many evangelicals appeared to accept Gingrich’s argument that he is the candidate with the best chance of winning.

LAWTON: Evangelicals appear divided over whether Gingrich’s marital past will be a factor. 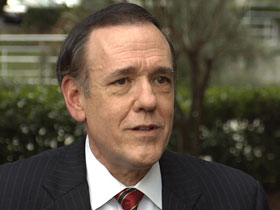 STRANG: I think Newt Gingrich’s past is a huge issue, and it isn’t so much that he could be forgiven. Forgiveness is the essence of Christianity, and we’ve all been forgiven. But it shows his character, and not once, but a couple times. I have no doubt he’s changed. No doubt. But it is troubling.

KWAS: I don’t hold Newt Gingrich’s past against him. I do believe he made mistakes in the past, and that’s not influencing me now. I think he has had a change of heart, but I just believe he’s not steady and calm, and I think he’s fairly progressive, and so the moral thing isn’t what’s going to sway my opinion.

LAWTON: Earlier this month, a group of conservative Christian leaders urged unified support for Santorum. Strang decided to join them.

STRANG: Because I want to make a statement that character is important and not think that we have to give it to somebody just because all the pundits say that they have the election wrapped up and they are the ones that can beat president Obama. I think that it is unknown.

LAWTON: But given his low standing in the polls, many evangelicals do wonder about Santorum’s electability. Susan Berdet says she wrestled a lot before finally casting her absentee ballot for Santorum. 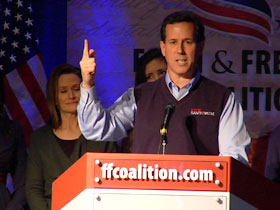 SUSAN BERDET (Evangelical Voter): I do want someone to beat our present president. Badly. But I want it to be the right person. I just felt that Rick Santorum represented my beliefs.

LAWTON: Santorum has been urging other evangelicals to also vote their values.

LAWTON: Polls show that despite any misgivings in the primary, in a race between Romney and Obama the majority of evangelicals across the country would vote for Romney. But they may not be enthusiastic about it.

LAWTON: With all the decisions looming, many evangelicals say they will continue to pray for wisdom.