BOB ABERNETHY, host: One of the big events of the new year will be the inauguration of Barack Obama to a second term, so we asked a wide variety of religion leaders what they hope for during the president’s next term.

REV. SAMUEL RODRIGUEZ, National Hispanic Christian Leadership Conference: If President Obama would revert back to the—that young, powerful, fiery spokesperson in the 2004 Democratic National Convention who talked about reconciling the blue and the red state, about the God of the blue state and the God of the red state, then I believe that he has a chance to really emerge as a transformative, catalytic president reconciling our nation. We are more polarized today than ever before.

REV. JOIQUIM BARNES, New Hope CME Church, South Carolina: I’m hoping that he would be able to work well, that Congress would be able to work with him to come up with a real budget that’s going to help the least of these, and because when you help those who are in the most vulnerable situation, you end up helping the whole country. 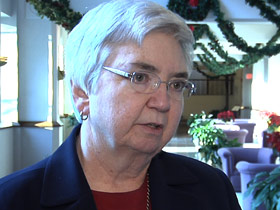 SISTER MARY ANN WALSH, US Conference of Catholic Bishops: Foreign aid is 1 percent of the budget, and we talk about cutting that, and that’s a frightening thought while some of us are eating at banquets while people are starving outside our door. That’s not right.

REV. RICHARD LAND, Southern Baptist Convention: To pass a comprehensive tax reform that would get rid of most of the deductions. Not charitable deductions, however. Charitable deductions are critical to civil society, but to eliminate a lot of loop holes and to bring about a bipartisan effort to get the government on a sound footing.

REV. JIM WALLIS, Sojourners: The principle is you’ve got to protect poor and vulnerable people as you find a path to fiscal sustainability. Both are moral issues.

BISHOP GENE ROBINSON, Episcopal Diocese of New Hampshire: It’s hard to overestimate the importance of getting healthcare to 40 or 50 million people who did not have access to it before. That’s just huge, and as the wealthiest nation in the world, not to have healthcare for all was just a profound embarrassment.

BISHOP JAIME SOTO, Roman Catholic Diocese of Sacramento: As bishops we’ve been working on healthcare reform for years. Now there are issues about the healthcare reform that’s been passed, the Affordable Healthcare Act, that we have concerns about, one, some of the conscience issues. 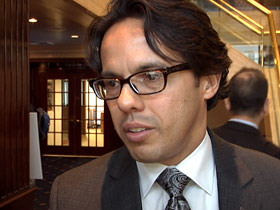 RABBI SHIRA STUTMAN, Sixth & I Historic Synagogue: The issue of marriage equality, because I think he’s already started to take that on in his first administration, and I just feel like we’re so close we can taste it as we saw, as evidenced in the past election with more and more states, thank God, passing legislation about marriage equality

REV. LUIS CORTES, Esperanza: We have a coalition of people of faith who are actually trying to get both the Republicans and the Democrats to have a conversation on immigration. The president did promise that he wanted to address it. We’re hoping that Congress can work together and this year we can come to an agreement on a more comprehensive immigration reform package.

ARCHBISHOP GEORGE CAREY, Former Archbishop of Canterbury: If we can solve the problem of Israel and make sure that Israel has a proper, proper nation with safe borders and so on and yet at the same time allow the Palestinians to have their own state. If we can solve that one, then many of the world’s problems in terms of interfaith dialogue will be resolved. 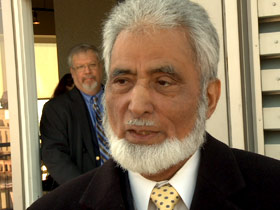 SAYYID SYEED, Islamic Society of North America: It’s very critical for America to have good reputation, to have good liaison, with the Muslim world.

HODA ELSHISHTAWY, Muslim Public Affairs Council: We do hope that the president could maybe visit a mosque or attend an American Muslim institution and really show that direct engagement, that hey, listen, you are part of the American framework and part of the building of this country.

RAJDEEP SINGH, Sikh Coalition: We’re cautiously optimistic that the Obama administration will finally allow Sikhs to service in the U.S armed forces with their articles of faith intact. It would be a very important and historic step.

LAUREN ANDERSON YOUNGBLOOD, Secular Coalition for America: We’d like to see the Obama administration take the lead in acknowledging and including nontheistic Americans in the decision-making process.

WALSH: Pro-life issues are always a concern. Someone has to protect the innocent life, and certainly we think our government ought to be able to do that. 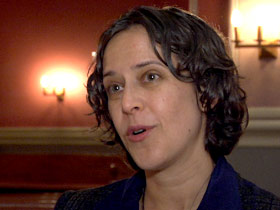 STUTMAN: I also really hope and pray that in the second administration he takes on the issue of climate change. I think that unfortunately it’s become a politicized, highly contentious issue and that it’s not, and it’s becoming more clear to us as the days go on that it’s something that we need to take on.

RABBI DAVID SAPERSTEIN, Religious Action Center of Reform Judaism: Whatever can be done to make our children safer, including stopping availability of assault weapons and these magazines that can kill people, and having people able to get weapons without adequate background checks. It’s really time to put an end to that, and I hope every parent in America calls for it, and when political leaders move, the religious community will be there to give it both moral sanction and political support.