DAVID TERESHCHUK, correspondent: The bombing of the Boston Marathon came as a horrifying shock to many Americans. To some overseas observers, though, it came as no great surprise.

PROF. MICHAEL CLARKE (Director, Royal United Services Institute): I think the United States has been behind us in this respect. The United States has always regarded certainly jihadist terrorism as something that comes at it from the outside, but it doesn’t. You’ve got to swallow a bit of pride and say, yes, we have a homegrown problem.

TERESHCHUK: Great Britain’s governments have had long experience, over decades, of terrorism from within their own country, some of it with a religious dimension. 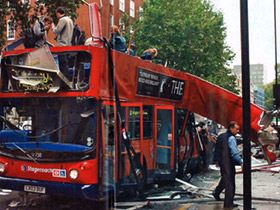 But on a single day in 2005 — July 7th — London’s transportation system was targeted in a new spate of terror attacks, mounted this time by a team of suicide bombers. One of them chose an everyday emblem of London, a double-decker bus, a Number 30. The explosion ripped off the roof and blew apart passengers toward the back of the bus.

Seven hundred people were injured that day. These 52 pillars represent the 52 people killed. It was all the work of four people. Four young men — all Muslims, all British-born.

For violent jihadism to emerge from among Britain’s Muslims was not unexpected by close observers of that population.

The three-million-strong Muslim community began immigrating in substantial numbers during the 1960s onward, mainly from South Asia, but younger generations have been born in the UK, and many have become deeply disaffected amid the country’s economic troubles.

TUFYAL CHOUDHURY (Durham University Law Department): So youth unemployment is a significant issue. At the same time there’s significant numbers of people going into higher education and into university, so what you then have are very highly skilled, highly trained young people who are then finding it difficult to secure employment in the graduate jobs market, which again creates huge degree of frustration.

TERESHCHUK: Mainstream Muslim leaders say they fear the impact of violent extremists upon such alienated young Muslims. The spokesman for one of the country’s biggest mosques is Salman Farsi. 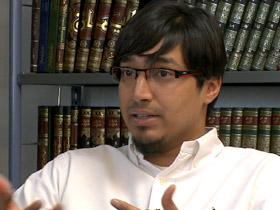 SALMAN FARSI (East London Mosque): There are certain groups that are extremely divisive and they can influence young people from our community and eventually, you know, this can lead to all kinds of problems and, you know, it can lead to terrorism.

TERESHCHUK: The British government has developed a strategy they code-named Prevent. The mission of Prevent is, and I quote, “to respond to the ideological challenge of terrorism, to prevent people from being drawn into terrorism, and to work with sectors and institutions where there are risks of radicalization.”

The leaders of mosques and community groups naturally emphasize that the prophet Mohammed’s concept of jihad does not mean terrorism. Indeed jihad can refer to an internal spiritual struggle, and so even young Muslims who are seriously opposed to national authorities and non-Muslim institutions can be helped to take the path of peaceful expression of their views.

This is what the British government is banking on. And it claims some success in diverting angry young Muslims away from violence.

Britain’s oldest military and security think-tank is run by Michael Clarke, who frequently consults with the government. 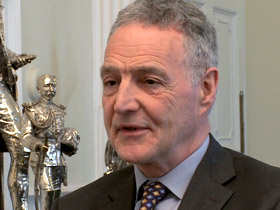 CLARKE: There have been several hundred successful examples of, they call it “intervention,” where they say that somewhere like 5 or 600 people have been identified, have been encouraged to go in a different direction.

TERESHCHUK: Mosque leaders, however, are less enthusiastic since their congregations complain that the Prevent strategy simply stigmatizes their faith – and of course only theirs.

TERESHCHUK: That sense of being profiled as potential terrorists has, for many in the community, been mingled with suspicion that Muslims are expected to act as spies – a drawback to the policy that the government has begun to acknowledge.

CLARKE: One of the problems that Prevent always has is that it can be presented as giving information to the government and the authorities, and so Prevent has got to be offered in a way that does not make vulnerable those people who are trying to help, make them look as if they’re just giving intelligence information to the police.

TERESHCHUK: It’s feared now that violent extremists have turned away from the mainstream mosque environment.

CLARKE: The locus of organization changed. Instead of radicalizing in the mosques, and in sometimes in the local community groups, they started to radicalize in the bookshops and the sports clubs, and that’s where it now is. 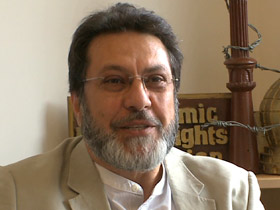 TERESHCHUK: For British Muslims who are concerned about their rights being infringed, and who value their activist bookstores and other forms of free expression, the Prevent policy is a further sign that Muslims are being treated as second-class citizens.

MASSOUD SHADJAREH (Chair, Islamic Human Rights Commission): They are promoting people to get involved in, young youngsters to go out and get involved in politics and vote and so forth. But in the Muslim community youth, we are saying, look, don’t have grievances, don’t raise issues regarding Iraq and Afghanistan and so forth. If you do, you’re going towards becoming extremists. In a modern democracy, it really is outrage.

TERESHCHUK: What is agreed among the more radical critics, many mosque representatives, and independent analysts is that there’s a central flaw to Prevent. Though intended as an attempt at dialogue, it’s seen as overwhelmingly a matter of state security, and it overlooks what Muslims themselves are often most concerned with.

CHOUDHURY: You can’t come along to a local community that you haven’t engaged with for 15, 20, 30 years and suddenly say to them, well you know there’s this big issue that we want you to address and please come and help us, without then addressing some of the issues that they had. Their greatest concerns may be around youth unemployment, education underachievement, or poor housing.

TERESHCHUK: Britain’s Conservative-led coalition government is also criticized by its own supporters over Prevent. Engagement and discussion with potentially violent opponents is essentially wrong-headed, these critics say. And whatever success there’s been in avoiding more July 7th-type attacks has resulted from old-fashioned police-work. 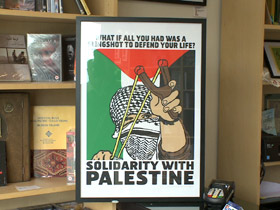 DOUGLAS MURRAY (Center for Social Cohesion): The way to try to solve this problem is not to get involved in the theological debate, not to get involved in domestic or foreign policy debates at endless amounts of mosques or Islamic societies and so on. But simply make it very clear where your own societal values are, and where you draw those lines.

TERESHCHUK: A line was dramatically crossed this year when two British-born Muslims and self-proclaimed jihadists, in this case from Nigerian backgrounds, butchered a soldier to death in a London neighborhood.

Evidently, neither old-fashioned police work nor the Prevent strategy was able to stop this horror from happening. Counter-terrorism experts, including those broadly in support of Prevent, know there will always be some attacks that cannot be forestalled, including both Britain’s latest atrocity in May, and America’s in April. And that sobering assessment appears to be shared by President Obama as well.

PRESIDENT BARACK OBAMA: (at press conference) One of the dangers that we now face are self-radicalized individuals who are already here in the United States. Those are in some ways more difficult to prevent.

CLARKE: It is absolutely the case that the Boston bombers were so low down the threat spectrum that they would not have triggered a Prevent intervention in the United Kingdom. So our Prevent strategy would almost certainly, wouldn’t have picked them up. Prevent strategies cannot prevent everything.

TERESHCHUK: Any country fearing attack may now have to start to looking even more carefully, as Britain has, within its own population to identify and prevent extremist threats. But those threats will increasingly come from individuals with little group allegiance, and so it will likely get harder and harder to counter them effectively.

For Religion and Ethics NewsWeekly, this is David Tereshchuk in London.

In the wake of terrorist bombings by British-born Islamic extremists in 2005, the British government set up an initiative called Prevent to engage with the Muslim community and to intervene before a person became radicalized. But many British Muslims feel that the policy amounts to religious profiling, and others have criticized Prevent for being misguided and ineffective.