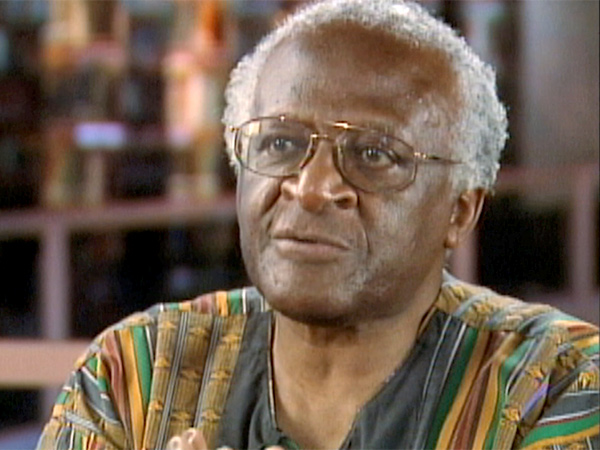 BOB ABERNETHY, host: Welcome. I’m Bob Abernethy. It’s good to have you with us for this next-to-last program in our series that began nearly 20 years ago. We asked our reporters and producers to recall the stories they liked best over the years and we chose several of them for this week’s broadcast and next week’s—our final show.

My own favorite has been conversations with preachers and scholars of many traditions who talked with us about their deepest religious beliefs. One of them was the great South African Nobel Prize winner Archbishop Desmond Tutu. He was spending the year 1998 at Emory University in Atlanta, where I talked with him about many things, including his morning prayer. As he spoke, you could hear a pin drop.

ARCHBISHOP DESMOND TUTU: I have come to realize more and more that prayer is just being in the presence of one who loves you deeply, who loves with a love that will not let you go, and so when I get up in the morning I try to spend as much time as I can in the sense of being quiet in the presence of this love. It’s like I’m sitting in front of a warm fire on a cold day. I don’t have to do anything. All I have to do is be there. And after a while I may have the qualities of the fire change me, so I have the warmth of the fire. I may have the glow of the fire, and it is so awesome with me and God. I just have to be there, quiet. 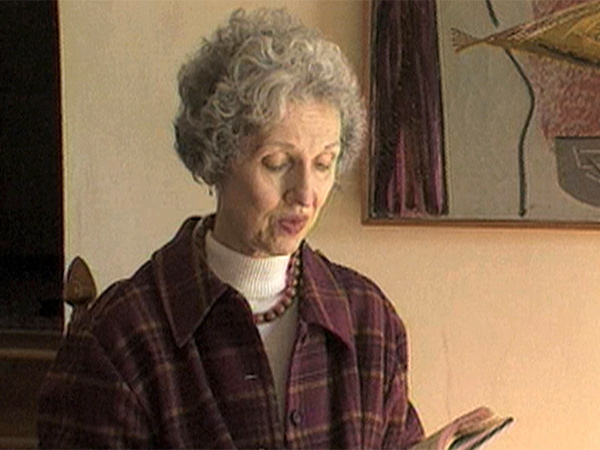 ABERNETHY: The late Phyllis Tickle, a writer who died a year and a half ago, practiced what she called “fixed hour prayer.” Every three hours her alarm went off, and she would stop whatever she was doing and pray, usually by reading out loud. Before she died, Phyllis had completed a series of books call The Divine Hours—written prayers for every part of every day.

PHYLLIS TICKLE (reading): “I will praise thee, Lord, before the peoples, and I will sing praise to thee before the nations. For thy mercy is great, even to the heavens, and thy truth unto the clouds. Be thou exalted above the heavens, oh, God, in thy glory over all the Earth.”

I do this because we’re told in Christianity that there must be constant prayer in our lives, and also that there should be a constant cascade of prayer offered before the throne of God. It’s not petitionary. Unlike most prayer, it doesn’t ask for anything. It simply glorifies God and acknowledges him. It’s also a way, I think, of remembering who it is I’m not, and how very little I matter. 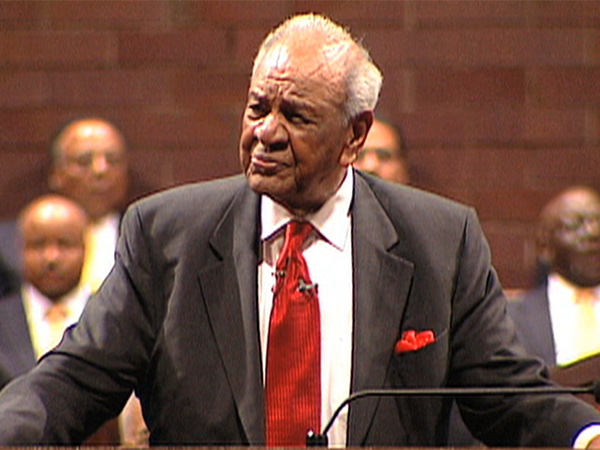 ABERNETHY: One of the legends of the civil rights movement was Reverend Gardner Taylor, who became the senior minister at the Concord Baptist Church in Brooklyn and one of the most admired preachers in the country. Kim Lawton spoke with him:

REVEREND GARDNER TAYLOR (speaking to class): You do not want to strive to be known as a great preacher. You do want to strive for people to feel, when you have tried to preach, what a great gospel it is.

REVEREND TAYLOR: This is not praying. It is not reading. It’s just opening oneself. It’s a mystic kind of thing. But we do so little of it, and we who preach are likely to engage ourselves in so many things and to neglect that aspect of being open to what God has to say. And I wish to heaven I had practiced this more, early on in my ministry. 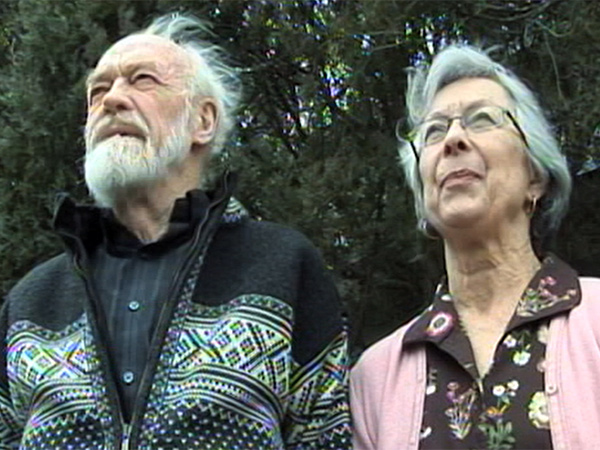 ABERNETHY: Eugene Peterson is a retired Presbyterian minister best known for his translation of the entire Bible into everyday American English. I went to see him and his wife, Jan, at their home in the spectacular Flathead Valley in Montana, and I asked him about his theology. I was amazed by his reply.

He said he had little time for anything abstract. He listens for the holy, he said, in people and in the quiet places he loves.

REVEREND EUGENE PETERSON: How do you pay attention to the unheard, the unseen? In a cluttered, noisy, distracted society it’s very hard to do it. A lot of the language in the church—well, not just the church, in religion itself—has to do with trying to figure out the truth of things. What’s true? What’s true? And I‘m not really interested in what’s true. I want to know if I can live it.

ABERNETHY: Listening for the holy was also important to Frederick Buechner. I talked with him at his home in Vermont, where he lives in what he calls “fathomless obscurity.” He, too, has been a Presbyterian minister. But, he says, he has never had a church and rarely attends one. His writing, he says, is his ministry. 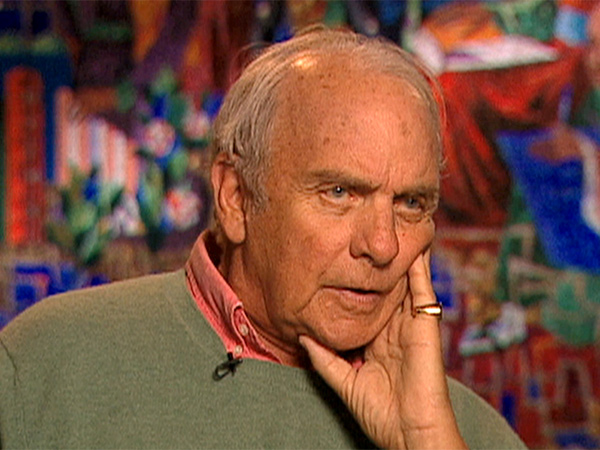 FREDERICK BUECHNER: What makes me a believer is that from time to time, going back almost as far as my memory will go back, there have been glimpses I had, sometimes literally a glimpse, which have made me suspect the presence of something extraordinary and beyond the realm of the immediate. You encounter the holy in various forms, which unless you have your eyes open you might not even notice, they’re so subtle and so elusive. The phrase “listen to your life,” pay attention, observe. That wonderful phrase “religious observances” means, among other things, I think, just what it says: observe religiously.

ABERNETHY: And then we talked about suffering.

BUECHNER: You can’t pretend it doesn’t exist. You can’t believe in an all-powerful, all-loving God and look at the horrors. But my answer to myself is, don’t give up hope. Don’t give up hope. God is greater than all those things. The holy transcends all the wretchedness. 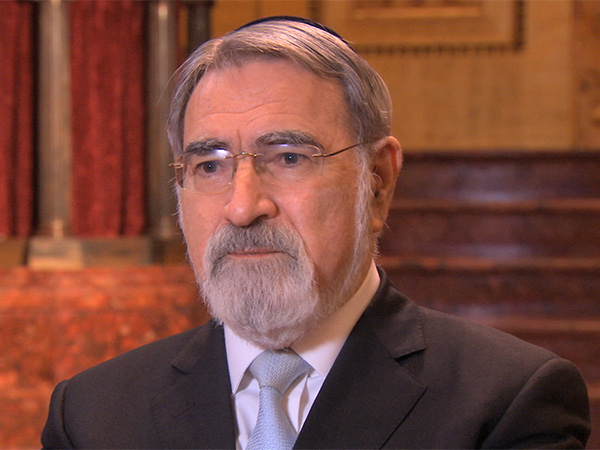 ABERNETHY: Another man who has thought hard about suffering is the former chief rabbi of Britain, Jonathan Sacks. He recently made a world tour talking primarily with young people. I had a conversation with him in New York.

RABBI JONATHAN SACKS: No Jew knowing our history can be an optimist, but no Jew worthy of the name ever gave up hope. The story of the Jewish people is the story of the victory of hope over despair and of the spirit over every kind of physical power. We are the people who never gave up hope, and I want to say to you: you needn’t be an optimist, but you must never give up hope, because together we can make a better world.

ABERNETHY: One of the most eloquent of those we talked with was the late William Sloane Coffin, Jr. He had been the chaplain at Yale University. He had marched with Martin Luther King, Jr., and he had led movements against the Vietnam War and nuclear weapons. I talked with him at his home in Vermont. Two strokes had slurred his speech, but he managed to express himself with limitless power. 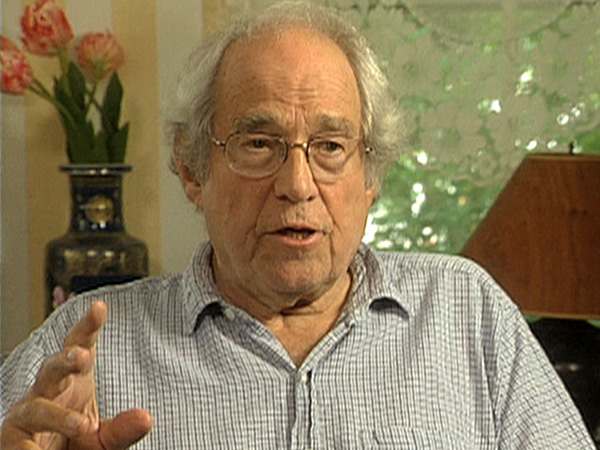 REVEREND WILLIAM SLOANE COFFIN JR: It’s clear to me, two things: that almost every square inch of the earth’s surface is soaked with the tears and blood of the innocent. Two, it’s not God’s doing, it’s our doing. That’s human malpractice. Don’t chalk it up to God. Every time people say, when they see the innocent suffering, every time they lift their eyes to heaven and say, “God, how could you let it happen?” it is well to remember that at that exact moment God is asking the same question of us: how could you let it happen? When you get older, nature gets more interesting the nearer you get to joining it, and also more beautiful. I mean, I can sit on the front porch here and just sit there and watch the sun coming in through the maple leaves, you know. God is good.

ABERNETHY: One of the many privileges of doing this program has been meeting and talking with men and women such as these. They were all good company. I think often of Bill Coffin quoting the church father Irenaeus: “The glory of God is a human being fully alive.”

After almost 20 years of distinctive coverage of religion on mainstream television, Religion & Ethics NewsWeekly is coming to an end. In its last two episodes, the series will be looking back at some of its most memorable reports and interviews. This week, longtime host Bob Abernethy remembers some of the many faith leaders he has profiled.