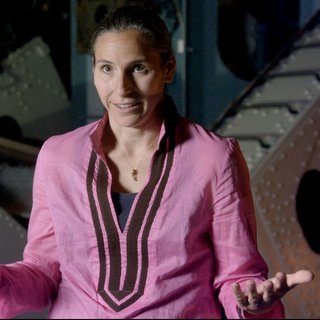 Juna Kollmeier received a B.S. in physics from California Institute of Technology and a Ph.D. in astronomy from Ohio State University. Before joining the Carnegie Staff in 2008, Juna was a Hubble Fellow and a Carnegie-Princeton postdoctoral fellow.

Juna's research is primarily focused on the emergence of structure in the universe. She uses a combination of cosmological hydrodynamic simulations and good, old-fashioned analytic theory to figure out how the tiny fluctuations in density that were present when the universe was only 300 thousand years old become the galaxies and back holes that we see after 14 billion years of cosmic evolution. She considers herself to be an observationally-orientated theorist, in that she makes predictions that can be explicitly compared to current and future observations.