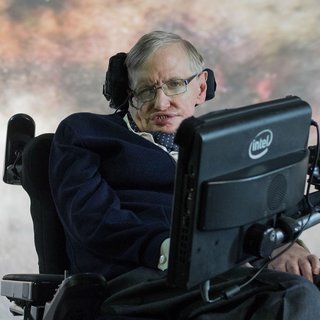 Bigger Bang CommunicationsStephen Hawking is the former Lucasian professor of mathematics at the University of Cambridge and author of "A Brief History of Time"which was an international bestseller.

Now the Dennis Stanton Avery and Sally Tsui Wong-Avery director of research at the department of applied mathematics and theoretical physics and founder of the Center for Theoretical Cosmology at Cambridge, his other books for the general reader include "A Brief History of Time," the essay collection "Black Holes and Baby Universes"and "The Universe in a Nutshell."

In 1963, Hawking contracted motor neurone disease and was given two years to live. Yet he went on to Cambridge to become a brilliant researcher and professorial fellow at Gonville and Caius College. From 1979 to 2009 he held the post of Lucasian professor at Cambridge, the chair held by Isaac Newton in 1663.

Professor Hawking has over a dozen honorary degrees and was awarded the CBE in 1982. He is a fellow of the Royal Society and a member of the U.S. National Academy of Science. Stephen Hawking is regarded as one of the most brilliant theoretical physicists since Einstein.