What would life be like without the ability to keep things cool?

Refrigerators are so commonly-used these days, we take for granted how easy they make our lives. They allow us to be lazy shoppers: we bulk buy fresh ingredients first, and decide what to eat for dinner later.

But 200 years ago things couldn’t have been more different. If you lived in a hot climate, you simply never experienced cold. You drank warm drinks, fresh food couldn’t be preserved, and without the luxury of air conditioning, the only way of keeping cool was a hand-held fan.

For most people used to living in a cooler climate, visiting places with this kind of heat would be extremely uncomfortable. For a young, wealthy lawyer named Frederick Tudor, however, the incessant heat gave him a pretty seminal idea. Rather than travelling back to his comfortably cool home in Boston and never returning to any hot states again, he thought about how he could bring something cold to hot places, a resource that was free and in abundance during winter – ice. Find out what happened in this clip from the 'Cold' episode.

Frederick Tudor's hardships taught him that big ideas that change the world typically do not happen in a single “Eureka!” moment. Instead, they come from putting together many idea fragments over time, a concept Steven Johnson calls the "slow hunch." Tudor’s hunch and persistence finally paid off. From people being unable to control when and what they ate, to having the pick of any food they want – Frederick Tudor’s ice transportation method revolutionized the food industry! So think about that the next time you grab an ice cream from the freezer. 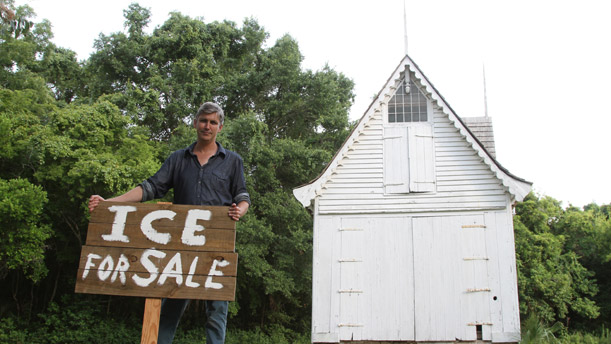