More often than not, the act of creation is ultimately a solitary affair. Artists have to face down their "blank page", that tabula rasa for ideas, concepts, and executions, and do something with their piece of raw material - clay, glass, wood, metal or fiber. As the artist Chuck Close puts it, "Inspiration is for amateurs; the rest of us just show up and get to work."

Yet, while facing down their demons, craft artists know they are not alone. They have the ongoing experience of community as support group. Traditions prevail. When dozens of countries gave us their tired, their poor and their huddled masses, they also gave us a rich tradition of craft that lives today – in big cities and small towns – wherever cultures have come, stayed and called home.

It is the imprint of diversity on our artistic identity. The mark that is common to those who believe in perpetuating a culture through the physical world, not just the spoken or written word.

Community is spirituality. Scores of Native Indian tribes have passed on their own creationist cultures through the oral tradition of storytelling, and reflected in their physical crafts, from pottery to painting to beadwork. In the 21st-century, the legends, mysteries, and messages remain constant, interpreted anew by the latest generation of the same communities.

Denise Wallace creates extraordinary jewelry that, through a visual representation of her emotional connection to her Native Alaskan roots, conveys a depth of story-telling that mere words could not. People, places, animals and symbols of her native culture are all integral to her craft world.

Community is religious. The Shakers1 instill a way of doing things with ethics and a higher spirit. They are evidence of the inseparability of craft and community – where occasionally the former is so strong, it outlives the latter. Few Shakers survive today; soon, because of their rules of marriage, the group will simply die out. What will survive of the Shaker community will not be its practitioners, but its design aesthetic, witnessed in their handwork.

Community is vitality. Today’s craftspeople are creative and committed to their studios and their ways of life. They come together at craft shows that are national, regional, or local. Not to mention hundreds of local Y’s where thousands of men and women push themselves beyond their daydreams and daytime jobs to develop skills from instincts.

Community is continuity. Its wellspring is bottomless, further found in every direction among teachers, students, and schools, from the traditions of North Carolina’s Penland School of Crafts to Howard University’s historic craft school in Washington, D.C. Schools like Berea College in Kentucky have a rich tradition of students working their way through college in their craft shops. 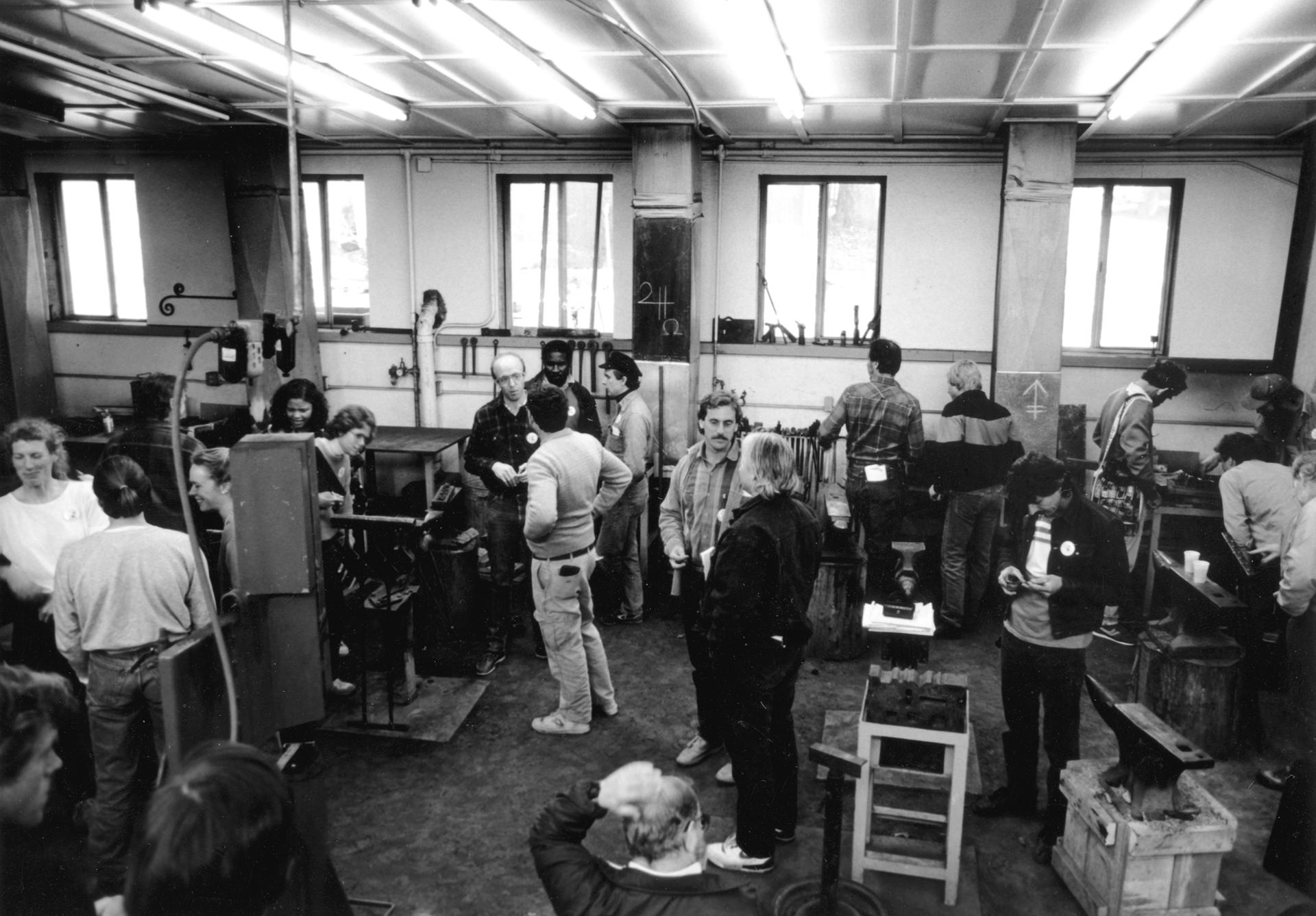 The singular approach at Michigan’s Cranbrook Academy runs deep throughout their entire curriculum, and has for going on a century. The vibrant list of graduates and their mentor-instructors reads like a who’s who of the craft world. This is craft as communal family tree: Skills taking root in the rich campus soil, and reaching out through each and every student who leaves its gates.

Sometimes craft isn’t just a product of the community – it is the community – and vice versa. What began as a simple act of survival in the remote Alabama river community of Gee’s Bend2, has developed into an inseparable synergy of people and product - an output of primitive quilts outstanding in design and use of recycled material that has sustained generation upon generation.

It is not unique among small communities throughout America. The Mississippi Cultural Crossroads in Port Gibson is a group of women, mostly African-American who come together and mirror the old fashioned quilting bees, sharing news, ideas and companionship while stitching seven-to-an-inch. MCC also sees its community as one worth documenting through oral and written histories, to assure the community lives on in perpetuity.

Finally, community is the individual who, through his or her craft, becomes “part of the family”. Sometimes that means the people who collect their work. Sarah Jaeger creates functional pottery - plates, cups, saucers, and the like - in her Helena, Montana studio. For her, "the greatest compliment someone can pay to me is 'We open the cupboard in the morning, and we always reach for your cups when we are going to make coffee.' I'd rather know that than know that a piece is on a pedestal in a museum." 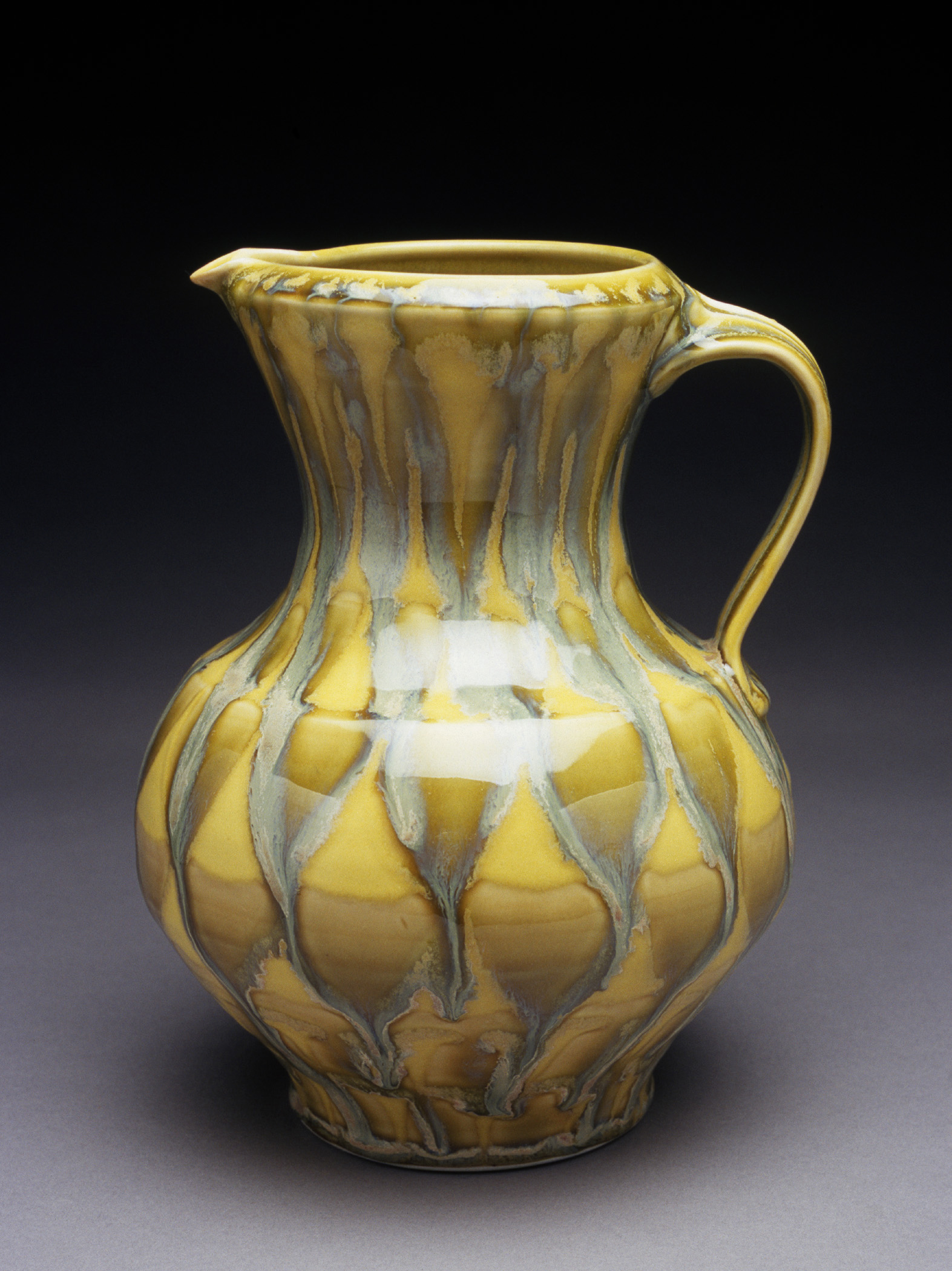 In the end, the commonality of community is the place of craft in our lives – as individuals and as a people – in an always fascinating, often inspiring story. A multilayered story of personalities and perspectives, revealing who we are through objects that spring from the heart, the hand, and the collective soul.

Craft is the bridge between what the communal tribe known as America created centuries ago, is creating today, and what will be imagined tomorrow.

1. The Shakers, a Protestant religious denomination officially called the United Society of Believers in Christ's Second Appearing, originated in Manchester, England in 1772 under the leadership of Mother Ann Lee, who moved the nine-person group to New York in 1774.
The Shakers' furniture was an attempt to apply the Shaker philosophies of equality, modesty, confession and faith and the shaker search for order and harmony, to the mundane objects of everyday life. Their dedication to hard work and perfection resulted in a unique style of architecture, furniture and other handicrafts. Shakers designed their furniture with care, believing that making something well was in itself, "an act of prayer". They never fashioned items with elaborate details or extra decorations, but only made things for their intended uses.

2. Gee's Bend is a small rural community located in southwest Alabama on a sliver of land five miles long and eight miles wide, a virtual island surrounded by a bend in the Alabama River. It was named after Joseph Gee, the land’s owner in the early 1800s. The Gee family sold the plantation to Mark Pettway in 1845. Most of the approximately 750 people who live in Gee's Bend today are descendants of slaves on the former Pettway plantation.
The town’s women developed a distinctive, bold, and sophisticated quilting style based on traditional American (and African American) quilts, but with a geometric simplicity reminiscent of Amish quilts and modern art.

Learn more about the artists in the COMMUNITY episode HERE >

Craft In America Educational Materials look further at COMMUNITY as a concept in craft. Visit the EDUCATION section to see what's available and download a Lesson Guide HERE >

Patricia Crosby talks about the forming of Mississippi Cultural Crossroads.