LOS ANGELES — This year’s San Diego Comic-Con has been canceled due to coronavirus-related restrictions around large gatherings. Organizers say they are planning for the festival to return in July 2021.

The annual confab was scheduled to take place from July 23 through July 26 in and around the San Diego Convention Center. California Governor Gavin Newsom said Tuesday that he was not optimistic about a return of “mass gatherings” for things such as sports events, concerts and fairs in 2020.

“Continuous monitoring of health advisories and recent statements by the Governor of California have made it clear that it would not be safe to move forward with plans for this year,” organizers said in a statement Friday.

Comic-Con attracts over 135,000 people — often elaborately costumed — to the Gaslamp District every year for the comic book convention which last year celebrated its 50th anniversary. Social distancing would be difficult to manage at the convention which is infamous for its long lines and crowded rooms. It is not uncommon for thousands of people to gather in a single room for a panel discussion, and the exhibit hall is usually jam-packed with people perusing the merchandise. 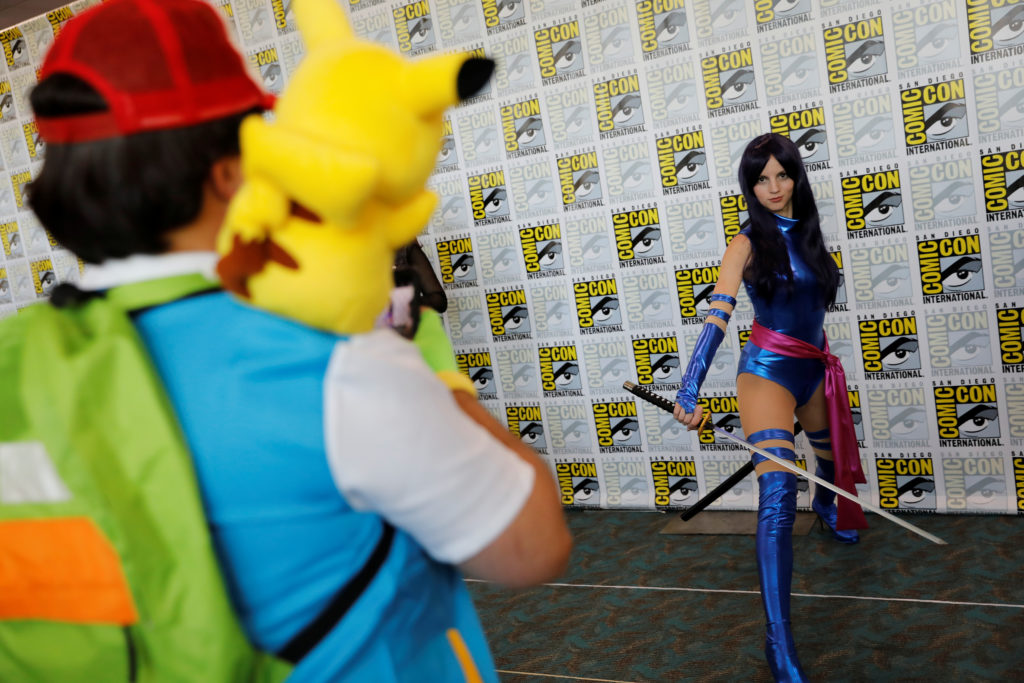 An attendee poses for a picture as they arrive in a costume to enjoy Comic Con International in San Diego, California, U.S., July 19, 2019. REUTERS/Mike Blake.

The convention center is also currently being used as a temporary homeless shelter as a measure to help curb the spread of the virus.

In March, Comic-Con organizers postponed its smaller Anaheim, Calif.-based event WonderCon which had been set to take place in mid-April. A version of the event took place online instead.

But Comic-Con organizers were slow to make any official decisions regarding their largest event, which is a huge money-maker for the restaurants and hotels of San Diego, and an important promotional stop for Hollywood television and films. The event is estimated to generate over $147 million for the local economy each year.

With muralism, Mexico’s rich tradition of public art extends well beyond its borders