In an age of extremes, country music star Scotty McCreery finds his place ‘in between’

Scotty McCreery is tired of extremes. His quick rise to fame after winning “American Idol” while still in high school in 2011 was followed by a string of country hits — and then a near-fatal blow to his career at age 22. In 2016, he was dropped by his label, Universal Music Group’s Mercury Nashville, after his single, “Southern Belle,” peaked at No. 45 on the Airplay chart.

At both times, he made headlines — part of a bigger trend, he said.

“That’s what makes the news,” he told the PBS NewsHour while discussing his latest single, ‘In Between.’ “You know, it’s this extreme or that extreme.”

McCreery took a step back and did some soul-searching. He wrote songs that were both universal and personal, and he wrestled the rights to some of his recently penned favorites back from his former label. Songs about praying for just five more minutes with a dying grandfather, the giddy optimism of his wedding day, the frustration of feeling “in between,” even as society tried to push him one way or another. He found solace, as well as the raw materials for a comeback.

“One of the things I’ve learned through putting songs out like that is that we’re all a lot more alike than we are different,” he said. “I feel like a lot of folks are just cruising on down the middle. They’re just doing their thing.”

McCreery’s independent streak brought him more success than ever. With “Five More Minutes” in July 2017, he became the only country music artist in history to chart a song on the Country Aircheck/Mediabase Top 50 without the backing of a record label. Later that summer, he signed a new record deal with Triple Tigers Records/Sony Music Entertainment. 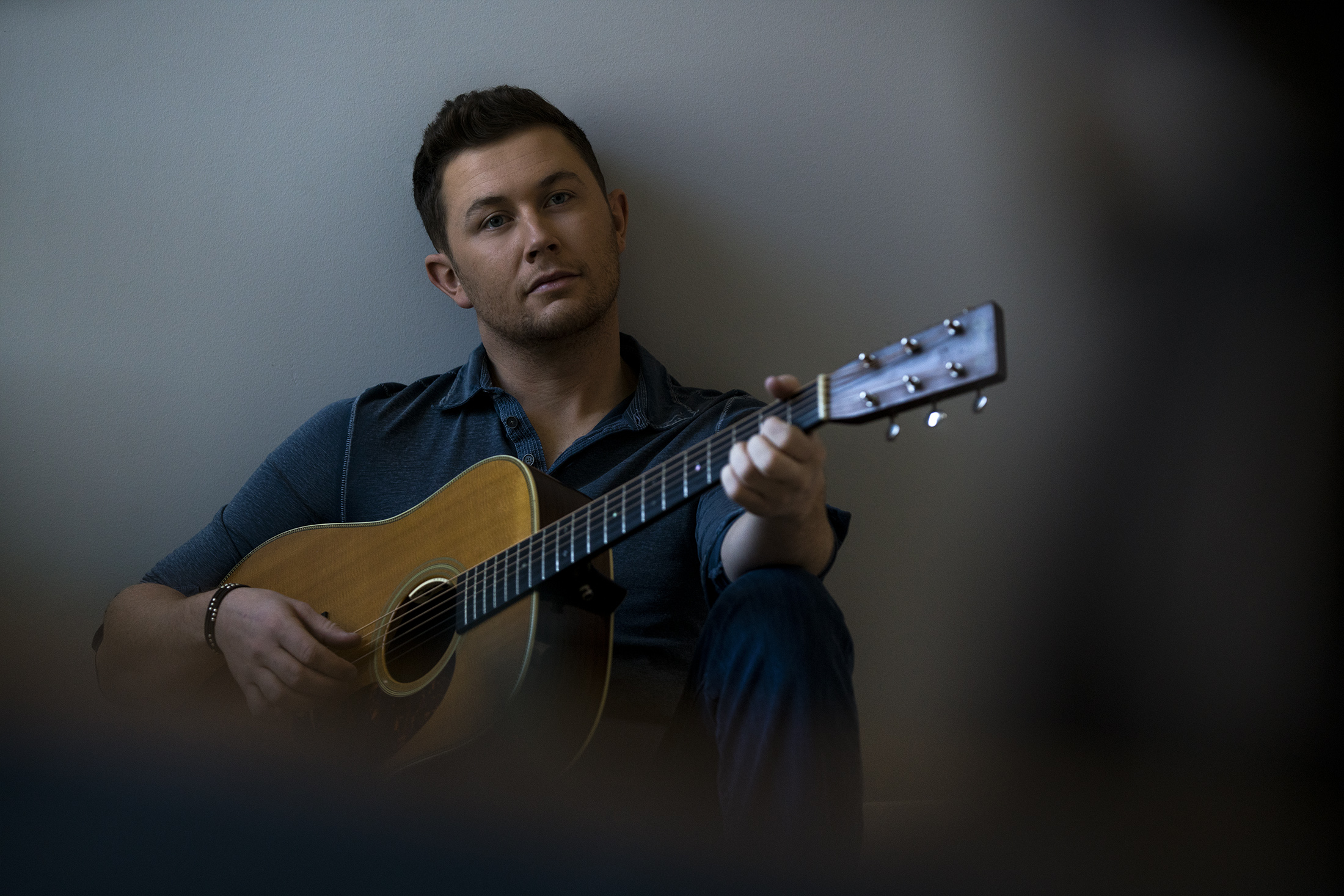 Now 25, he’s watched “Five More Minutes” and “This is It” climb to No. 1 on the Billboard Country charts in recent months.

“In Between” continues that theme, he said. Since his days on “American Idol,” he said the industry has tried to peg him as a religious country boy.

“For me, one of my favorite lines in the song is, ‘I ain’t all holy water, and I ain’t all Jim Beam. I’m somewhere in between.’ And that describes me,” he said.

The PBS NewsHour caught up with McCreery recently while backstage at the Grand Ole Opry in Nashville, immediately before he took the stage to perform “In Between.”

The interview has been lightly edited for length and clarity.

It’s been quite the ride for you in the past couple of years. Are there lessons you’ve learned through all of this that you think could benefit others?

Yeah, this eight-year journey here in the music biz has definitely been a roller coaster. But I don’t think anybody’s life is just going to go in a straight line up or down. It’s going to be ups and downs and mountains and valleys. I experienced some incredible highs early on, and then a few years ago, I experienced some of the lowest points of my life, getting dropped from a record label and not knowing what the next step was going to be; not seeing the light at the end of the tunnel for so long. But I just kept taking one step at a time.

I’d written songs that I really believed in. Songs like “Five More Minutes” and “In Between.” And I just knew I had to figure out a way to get them out to the public. I just wanted people to hear them and give them a shot. So I decided to kind of take that leap of faith independently there for a little bit. And then my record label, Triple Tigers, came on and helped take it all the way to the top. So one of the things I learned through that is just: Don’t always get so freaked out over the tough times in life. You kind of got to have faith that you’re going to come out of it — and a lot of times, come out of it even better than you were before.

Your biggest hits have been personal. Why did you think that was the right way to go when attempting a comeback?

A lot of this last record was autobiographical. And writing songs for my grandfather, my Granddaddy Bill. We just lost him two weeks prior to writing “Five More Minutes,” and I was planning on getting engaged, as long as my wife said ‘yes.’ And so I wrote, “This Is It,” an engagement song two weeks before I proposed. And I was just kind of telling stories. And I feel like a lot of folks that heard those songs could listen to it and say, “Man, he’s really just talking about his life.”

And a lot of folks can relate to that. A song like “Five More Minutes,” every night, [fans] were coming up to me at meet-and-greet and telling me, “Man, you know, it wasn’t my grandfather, but it was my best friend or my cousin that meant so much to me. And we lost ’em. And if I could just have a few more minutes with ’em.” I love that. So I feel like we all know what it is to love someone, and we know what it is to lose someone, as well.

I had a lot of influences. Growing up, I was definitely an old soul. I remember in elementary school, we got to do a project on celebrities. And everybody was picking like the latest and greatest Britney Spears and everything. And I went up to my teacher after class, and I was like, “Is it okay if I do Elvis Presley?” And she was shocked. But that’s who I loved — Elvis and Johnny Cash and Merle Haggard, Ronnie Milsap, Randy Travis, a lot of those kind of old-school, traditional folks.

You had a quick rise to fame with “American Idol.” What was that like going from a regular high school student to being on television and thrown into this entire world immediately afterward?

I’d say my high school experience was a little different than most. As a junior in high school, I always had this dream of becoming a singer. And I’d grown up watching “American Idol” and just figured I’d give it a shot. You know, the worst they can say is “no.” So go do my best and see what they say. And it all worked out. So it was a crazy junior year, and I went on tour right after that and just all of a sudden I’m making records, and I’m living my dream. And right after that, come back to high school. So it was interesting. Definitely a quick shot up. It was like drinking water out of a fire hose. But did the best we could. It’s crazy to think we’re here eight years later. 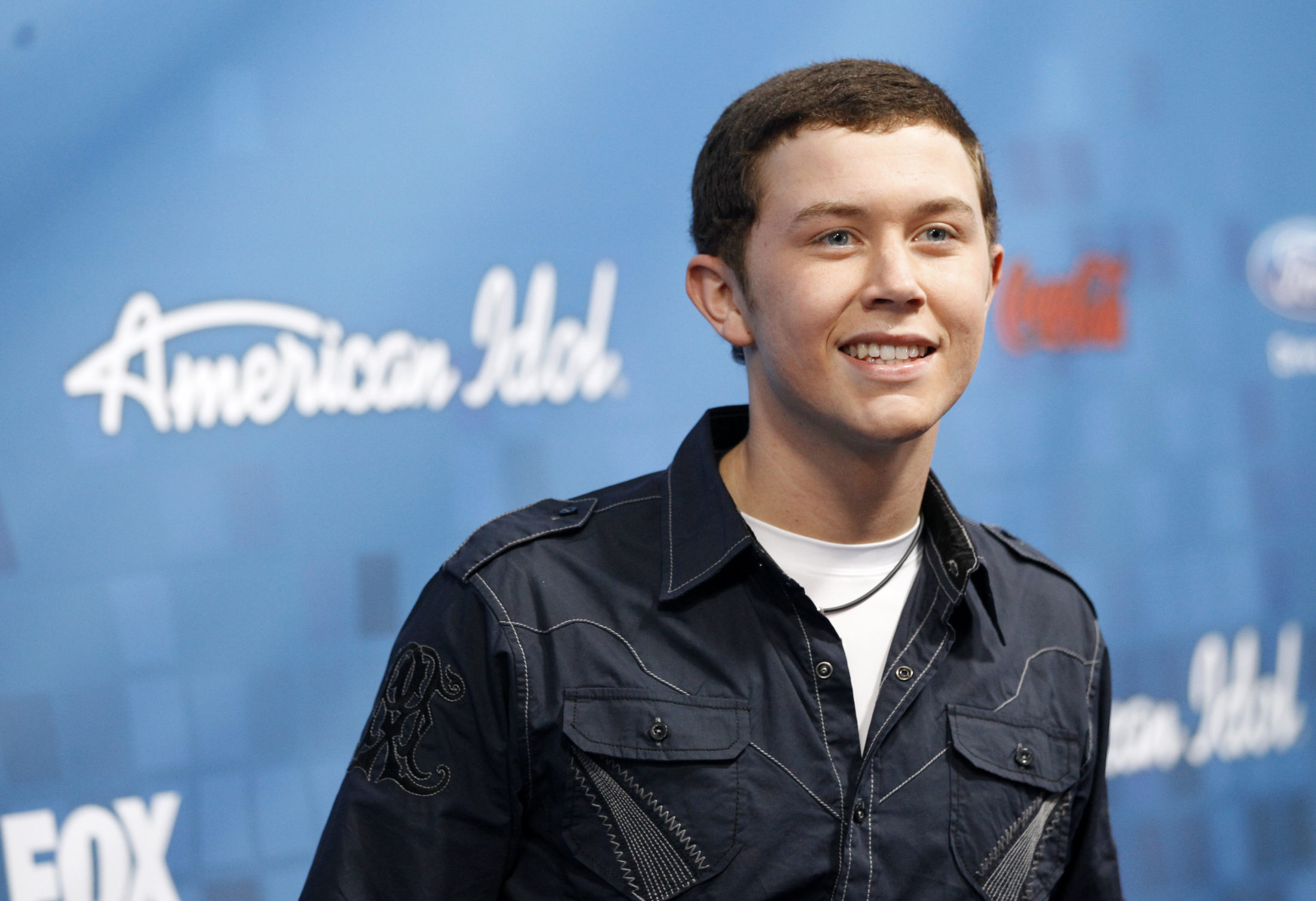 Performer Scotty McCreery poses at a 2011 party for the finalists of the television show “American Idol” in Los Angeles. Photo by Mario Anzuoni/Reuters

After everything you’ve been through, what would you tell your younger self?

I’d tell my younger self just to not sweat the small stuff. I was always worried about, “Well, what if I do this, is that going to mess up this” or whatever. I’d just tell myself, “Just go out there and do your thing. Just don’t worry about it. Just be free and let loose and write what you want to write, sing what you want to sing. And just let it be.”

READ MORE: How female musicians amplify each other when the industry won’t

Left: The former "American Idol" winner has a string of country hits, but was dropped by his label in 2016, a low point for the young country music star. But, from there, "I just kept taking one step at a time," he told the NewsHour. He released a new album last year. Photo by Jeff Ray