TOKYO — French fashion designer Manfred Thierry Mugler, whose dramatic designs were worn by celebrities like Madonna, Lady Gaga and Cardi B, has died. He was 73.

He died Sunday, his official Instagram account said. “May his soul Rest In Peace,” it said in a post that was all black with no image. It did not give a cause of death.

Mugler, who launched his brand in 1973, became known for his architectural style, defined by broad shoulders and a tiny waist. The use of plastic-like futuristic fabric in his sculpted clothing became a trademark.

He defined haute couture over several decades, dressing up Diana Ross and Beyonce at galas, on red carpets and runways.

His designs weren’t shy about being outlandish, at times resembling robotic suits with protruding cone shapes. Mugler also had a popular perfume line, which he started in the 1990s. 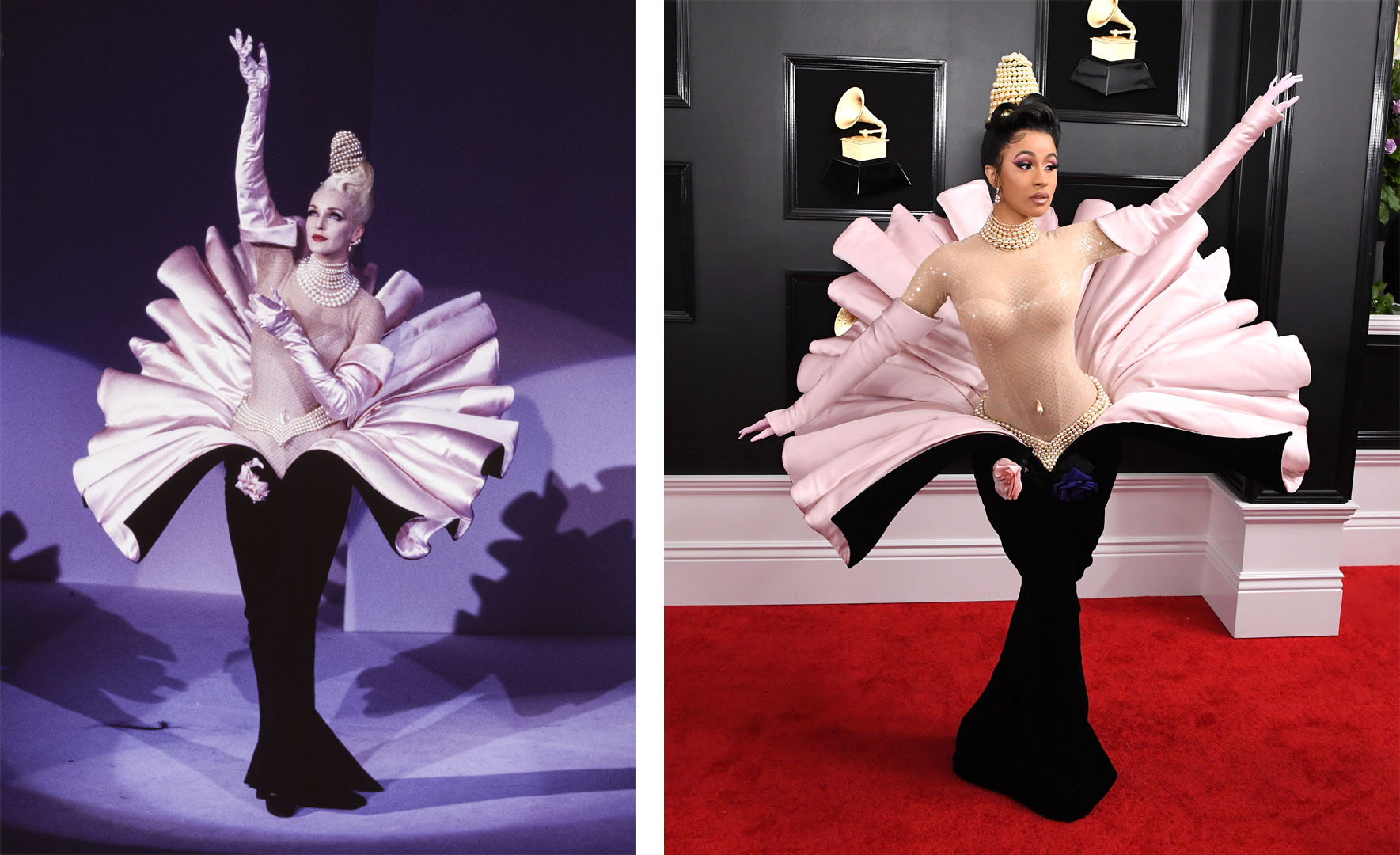 (L) A showstopping look from Thierry Mugler’s 1995-96 collection. Decades later, Cardi B wore a half-shell gown (R), inspired by that Mugler look, at the 2019 Grammy Awards. Photos by Daniel Simon/Gamma-Rapho via Getty Images and Steve Granitz/WireImage

The fashion world filled with an outpouring of sympathy. Bella Hadid, an American model, said “Nonononono,” followed by an image of a sad face, while American actress January Jones responded with a heart mark, from their official Instagram accounts.

Besides clothes, Mugler created films and photographs, and was a dancer, acrobat as well as avid body-builder, stressing he always wanted to explore the human body as art.

“I’ve always felt like a director, and the clothes I did were a direction of the everyday,” Mugler told Interview Magazine.

Queries on his funeral arrangements were not immediately answered.

Remembering André Leon Talley and his unique contributions to fashion