Why do we tip?

There are perhaps few customs more American than tipping.

While tipping is not usually mandatory, it is the prevailing practice to leave a tip after meal at pretty much every restaurant in the United States. For the vast majority of servers and bartenders in America, tips make up a substantial part of their income.

The practice of tipping has coincided with a patchwork tipped wage system in America that often creates complications and woes for restaurant employees and employers alike. Some restaurants are even pioneering no-tipping policies.

But what are the social forces behind why customers tip?

After Michael Lynn, a professor at Cornell University’s School of Hotel Administration, paid his way through school by waiting tables and bartending, he began researching the science of gratuities.

Lynn has since published more than 50 papers on the topic, examining everything from racial bias in tipping practices to whether giving after-dinner candy increases a server’s tips (the answer is yes).

Here’s an excerpt of Lynn’s conversation with PBS NewsHour Weekend.

This Q&A has been edited for space and clarity. 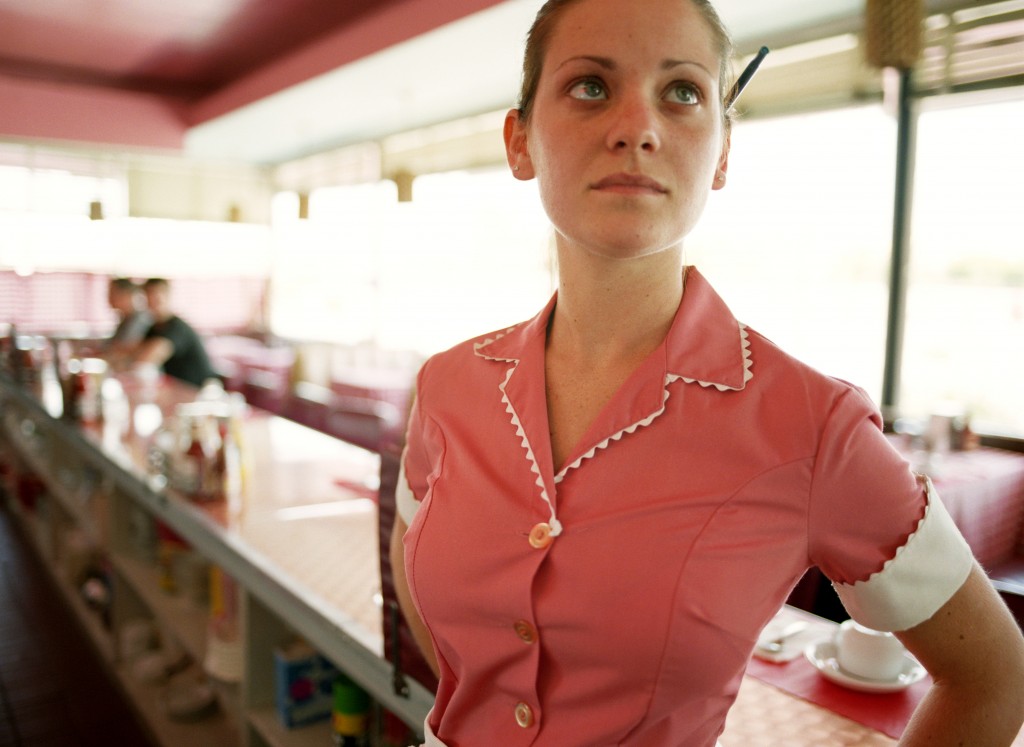 NEWSHOUR: What are the motivations behind tipping?

There are people who tip to reward servers for service. If the server does a great job, I want to express my gratitude so that is another motivation for tipping. But how strong is that motivation? My research suggests it’s not terribly strong. I find the relationship is so weak that it would be wrong to use tipping as a measure of service quality.

People often say that’s their major motivation for tipping if you were to ask them. But when we ask people how much they tipped and how they would rate the quality of the service, less than four percent of the differences in tips left by different dining parties can be explained by their ratings of service quality.

NH: Then what is the driving force behind how much someone tips?

ML: First off, it’s explained by bill size. That alone explains about 70 percent of the differences in tip amounts left by different dining parties. That means that there is only 30 percent of the difference in tips left by different dining parties to be explained by everything else combined. So basically bill size is twice as powerful as everything else combined in determining how much you tip.

I also find that tipping is more common in countries that have very outgoing, extroverted social personalities and that people tip more in those countries with more extroverted personalities. Why is that? Because if I’m outgoing and social, I might be more likely to start tipping in the first place. Other people are likely to notice that I’m tipping and to feel the social pressure to tip, so these processes that produce tipping are facilitated by certain cultural values, by certain population characteristics and the combination of factors makes tipping much more common in the United States than elsewhere.

NH: How can servers increase their tips?

ML: The biggest thing a server can do is to sell more. That means if it’s a slow night, selling more means selling each customer more, so up sell, push desserts, drinks, etc. If it’s a busy night, selling more may mean not selling desserts and replacing that table with someone who’s gonna order another entrée, so turning tables.

“Unless restaurants forbid their employees from accepting tips, I don’t think you’re going to be able to eliminate it in this country.”

After that, then what they need to do is to establish rapport, some social connection with the table. There are a lot of ways to do that: Introduce yourself by name, smile big smiles, touch them on the arm or shoulder, squat down next to the table when you’re interacting so that you’re more eye to eye level. If you learn their name, call them by their name. Anything you can do to increase social rapport is going to increase your tips pretty substantially.

We know from experimental research that some of the things you can do to establish connection like touching someone on the arm or shoulder is gonna increase tips. If you squat down next to the table, you’re gonna make 75 cents to a dollar more per table. Those are fairly simple, concrete actions that I know will have an impact. If I tell you to improve service levels, how do you do that? It’s not as simple and concrete and easy and sure of success as performing these simple actions that we know increase rapport and increase tips.

NH: From an American customer’s standpoint, can our culture of tipping ever change?

I think the dynamics of tipping are such that if restaurants today were to eliminate tipping, and replace it with an automatic service charge or higher menu prices, what you would find is some people would tip on top of those high menu prices on top of that service charge. Why? Because they want to help the server, because they want to show off, because they think the server did a spectacular job and deserves something extra.

And that’s why, unless restaurants forbid their employees from accepting tips, I don’t think you’re going to be able to eliminate it in this country.

Chasing the Dream: Poverty and Opportunity in America is a multi-platform public media initiative that provides a deeper understanding of the impact of poverty on American society. Major funding for this initiative is provided by The JPB Foundation. Additional funding is provided by Ford Foundation.

Melanie Saltzman reports, shoots and produces stories for PBS NewsHour Weekend on a wide range of issues including public health, the environment and international affairs. In 2017 she produced two stories for NewsHour’s “America Addicted” series on the opioid epidemic, traveled to the Marshall Islands to report on climate change, and went to Kenya and Tanzania to focus on solutions-based reporting. Melanie holds a BA from New York University and an MA in Journalism from Northwestern University, where she was a McCormick National Security Fellow. In 2010, she was awarded a Fulbright scholarship in Berlin, Germany.