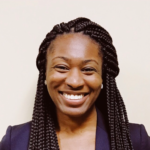 How some educators are teaching antiracism to the youngest students

But looking back, Ajith, now a student at Northwestern University, also vividly remembers how superficial those conversations were, and how much she wishes that her predominantly white, suburban school district had given her the tools from a young age to understand America’s racist past and its connection with the present.

“They taught us things that were easily digestible and sounded good,” Ajith said. “It was definitely painted in the light that ‘these problems are in the past,’ and ‘America is the land of the free’ and ‘everyone is equal here.’”

“It was definitely painted in the light that ‘these problems are in the past’ and ‘America is the land of the free’ and ‘everyone is equal here.’”

In July, Ajith and three of her friends testified before the Texas State Board of Education, demanding changes to the way students are taught. They are advocating for core curriculum changes in social studies — specifically American history — classes. The college students pressed the board to acknowledge the state’s “deeply anti-Black, racist past as well as the oppression that continues today.” To them, educators should teach significant topics like the 1950s and 1960s civil rights movements with more depth and breadth. They believe that kids, no matter what grade they are in, should learn history through an antiracist lens, not only learning about the role of white supremacy and racism in history, but doing so in a way that empowers them to pursue social justice. 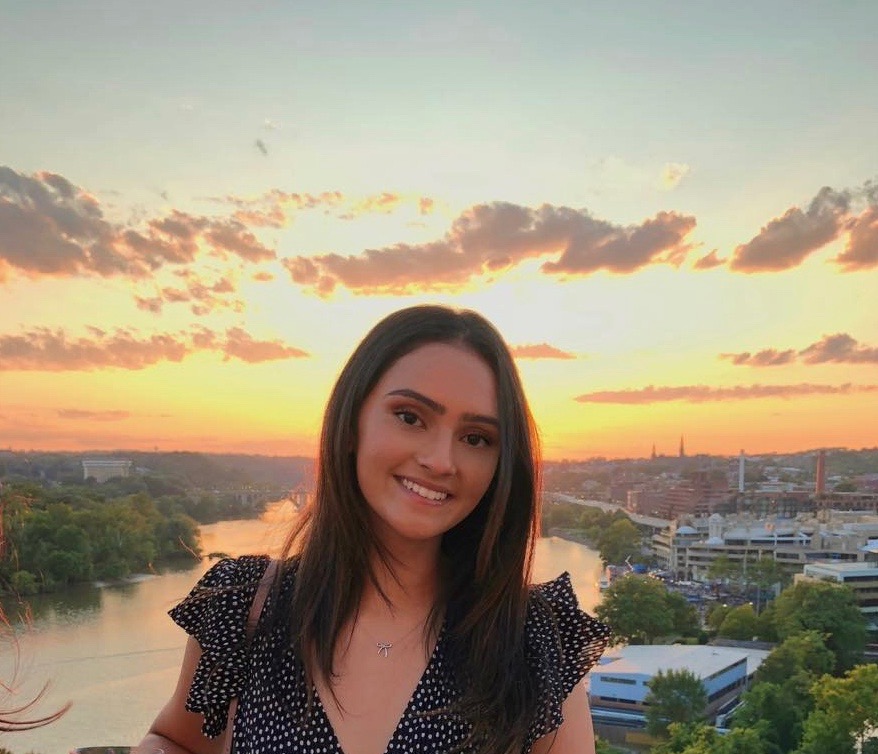 Ankita Ajith is one of four college-age friends who are petitioning the Texas State Board of Education to create an antiracist American history curriculum.

And they aren’t the only ones advocating the adoption of such curricula. Ever since the police killing of George Floyd in Minneapolis in late May spurred what may be the largest social movement in U.S. history, education leaders have started to reckon with how to comprehensively teach history with an antiracism lens. Colleges are holding professional development online events for educators on how to reimagine education with racial justice in mind. And school districts are working to expand their curricula on race.

As education organizations and initiatives such as Teaching Tolerance, the Zinn Education Project, Black Lives Matter at School, the Pulitzer Center’s 1619 Project Curriculum and others strive to give educators the tools to teach anti-bias and antiracism, educators are grappling with how to implement these resources in early grades.

For Katie Cryan Leary, the principal of the newly opened Magnolia Elementary in Seattle Public Schools, creating an antiracist, anti-bias school can be a messy, uncomfortable journey. That’s especially true in a district that, in the 19 years she’s been working there, has committed to racial equity but still struggles to serve the needs of a wide range of students.

“I still see so many issues where our walk is not matching the talk,” said Leary, who is white and leads a school where, she says, 62 percent of students are white.

To her, antiracism education in elementary school starts with students’ awareness of themselves, of others and of how those interactions play out. She believes that social emotional learning — giving kids the tools to manage and express their feelings — is the heart of race and equity work. Developmental psychologists have called attention to the notion that children between the ages of 2 and 4 can start showing racial biases. And by the time students are in kindergarten, research shows that they show some of the same attitudes about race as the adults in their lives. Children also grow acclimated to favoring whiteness and privileged groups.

Leary uses resources from Black Lives Matter at Schools, a national movement started by thousands of educators in Seattle in 2016 that has spread to other large school districts nationwide. For the past four years, district leaders have strongly encouraged Seattle Public School educators to teach about the Black Lives Matter movement’s 13 guiding principles — such as collective value, restorative justice and the empowerment of Black families — for one week in February. Some school leaders have welcomed that opportunity, and others have not, Leary said.

Additionally, throughout the year, students are exposed to a different concept every month through daily read alouds, project-based learning and classroom meetings. To help spur conversations with students about differences, race and unfairness, kindergarten to fifth grade teachers read books by writers that touch on issues of racial inequity, such as “The Day You Begin,” “Ron’s Big Mission” and “New Shoes.”

“It’s a way that we can access information and have conversations without making the white teachers the experts,” Leary said.

However, she and her teachers have found it challenging, especially since the pandemic forced teaching online, to teach students about the police brutality and other racist violence they may see in the media. The teachers are unsure how families will respond to students having those conversations, even though they have received little to no pushback about the social justice curriculum they’ve been using since last year.

“In our classrooms, it’s a safe space where kids know and trust and are connected to their teachers,” Leary said. But that’s not always the case with online discussions, “so we’ve struggled with that and have had conversations about it as a staff, and we need to keep having conversations.”

She said that as educators, creating a safe space in any learning environment is something they must take seriously.

“When kids come to school, we have the opportunity to create a culture of school that may be different than their home culture, and really be able to expand their racial beings as antiracist,” she said. “We have the capacity to create antiracist kids at school, whether they live in an antiracist home or not. And we don’t have that ability remotely. And so we’re working as a start to find out how to do that.”

Chanita Coulter, a preschool teacher in Charleston, South Carolina, also believes in the importance of having open discussions with young students and not shying away from current events.

“Our children, even though they are young, they are aware of what’s going on,” Coulter said. “I remember like even my younger students, maybe like 4 or 5 years old, they were aware of who Trayvon Martin was and what happened to him.”

Coulter and Frayer provide educators with information about microaggressions, implicit bias, systemic racism and other barriers that can hinder students’ learning. They also talk to educators about how to successfully implement a curriculum that focuses on race and antiracism, centers Black voices and highlights Black stories and achievements. One way is to pull local Black authors into classrooms to talk about black activists and scholars. 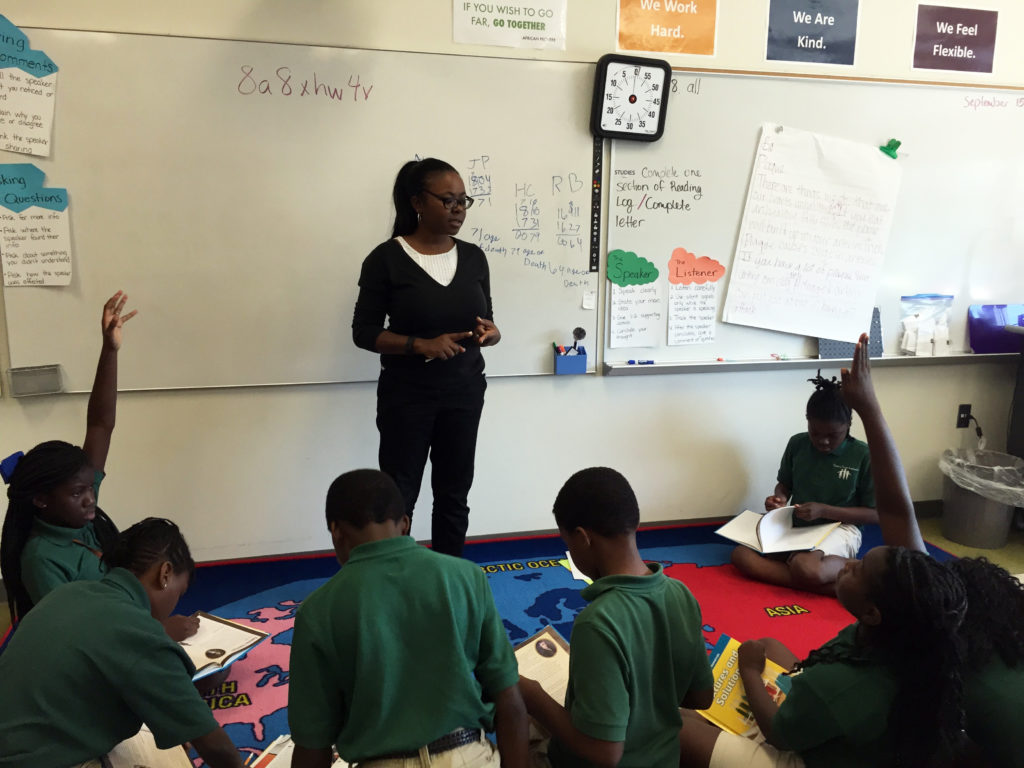 Chanita Coulter, a preschool teacher, with a group of students at her school.

“A lot of times people hear the word ‘activism’ and they might have a negative connotation to it. We try to provide enlightenment in that regard,” Coulter said.

In her own classroom, she and her students sent videos and wrote letters to senators about school funding and state testing. In her preschool classroom, she said her students made signs and did a walk around to protest mass shootings during a national walk out movement.

“Students are well aware of the social issues and sometimes have a hard time expressing their feelings and opinions.”

“I think that it is important that students of color actively participate in conversations that affect their families and communities,” Coulter said in an email. “Students are well aware of the social issues and sometimes have a hard time expressing their feelings and opinions.”

Coulter said when she engages in conversations with her students, they are more able to name their emotions.

“I also think it is important to acknowledge that their voices matter,” Coulter said. “In order to make a difference one must first be heard.”

READ MORE: Inside one school’s efforts to bridge the divide between white teachers and students of color

But while more schools are getting onboard with the idea of teaching antiracism, Keffrelyn Brown, a University of Texas at Austin professor and former elementary school teacher, said she doesn’t know of any school that is doing this work effectively. That’s not exactly surprising, she said, because society as a whole is not doing it well.

“It’s one thing to bring a person in to do a talk or even send your faculty to do workshops,” Brown said. “It’s another thing to say that this is deeply embedded in the work that we do. It is something that we are holding ourselves accountable for. “A vast majority of schools,” she added, “are not focused on antiracism — not in a superficial way, and not in a deep and substantial way either.”

Some elementary school educators and consultants, like Akiea Gross, believe that substantive, holistic antiracist work within an educational setting requires educators to think beyond academic content to their own role in systemic racism.

Gross, who identifies as a trans nonbinary abolitionist educator, is the founder of Woke Kindergarten, a social media community space that hosts antiracist read alouds and shares resources about antiracism and liberation for the littlest kids. Gross said that that it’s problematic if educators just add antiracist curriculum.

Instead, they must start by doing some deep reflective work on the ways they’ve caused harm to their students and also begin the healing with families who have had bad experiences inside schools. Teachers can also work collaboratively with students to set goals and guidelines instead of simply meting out the rules.

“We are a part of the curriculum, the way that we show up, the way that we enter spaces,” Gross said. Gross believes that if there is a bureaucratic chain of command in a class setting, teachers must recognize and push against keeping that certain structure.

“You can actively teach being antiracist by discussing and pointing out that hierarchy and creating more of a communal learning environment where you are creating a mutual respect between you and your kids,” Gross said.

Gross’s “Woke Read Alouds” on YouTube discuss topics on antiracism that go beyond the words and pictures of the books. In the read aloud for the book “Mr. Tiger Goes Wild” by Peter Brown, about a tiger who decides to act differently than his fellow anthropomorphic animal neighbors, Gross talks about big topics like “politics” and “rules” and who made the rules for Black, Indigenous, Latino and Asian people.

Ankita Ajith and her three college-age friends plan to keep fighting for a curriculum centered on antiracism. Since testifying before the Texas State Board of Education in early July, the college students have spoken to the board’s chair and vice-chair about revisiting and reviewing the state social studies standards. Their proposed revisions will be placed on the agenda for the board’s September meeting, said Nitant Patel, a friend of Ajith’s who is also involved in the campaign.

“We can’t afford to overlook this anymore,” Ajith said. “I want to make sure that they’re not avoiding teaching difficult subjects just because they are nuanced or uncomfortable to discuss.”

She believes that the change they seek is now inevitable. “It’s something that will happen sooner or later.”

This story about antiracist curriculum was produced by The Hechinger Report, a nonprofit, independent news organization focused on inequality and innovation in education. Sign up for Hechinger’s newsletter.

Left: Early educator and Woke Kindergarten founder Akiea Gross does a read aloud to their audience of “Mr. Tiger Goes Wild” by Peter Brown. In the read aloud Gross talks about respectability politics and liberation for all children, particularly those who are Black, Indigenous, people of color, queer and trans.

How anti-racism is a treatment for the ‘cancer’ of racism