NEW YORK — Governor and mayor locked horns again Saturday, this time over whether school buildings in the nation’s largest district would close for the rest of the year, with classes continuing online.

New York City Mayor Bill de Blasio said in a news briefing that public school sites in the city’s 1.1 million-student school district would shutter for the rest of the academic year to curb the spread of the coronavirus.

Soon afterward, Gov. Andrew Cuomo said at his own briefing that the decision was his to make.

“It is my legal authority in this situation, yes,” Cuomo said.

De Blasio, like Cuomo a Democrat, had said that it was not an easy decision to close school buildings in favor of online learning, but that “it is the right decision and it’s also a decision made a little clearer by the fact that the distance learning is working more and more every day.”

The goal, he said, is to reopen school sites by September, adding that high school graduates may have to go without a commencement ceremony.

But Cuomo said school closings would have to be coordinated with districts surrounding the city.

“So I understand the mayor’s position, which is he wants to close them until June, and we may do that, but we’re going to do it in a coordinated sense with the other localities,” Cuomo said. “It makes no sense for one locality to take an action that’s not coordinated with the others.” 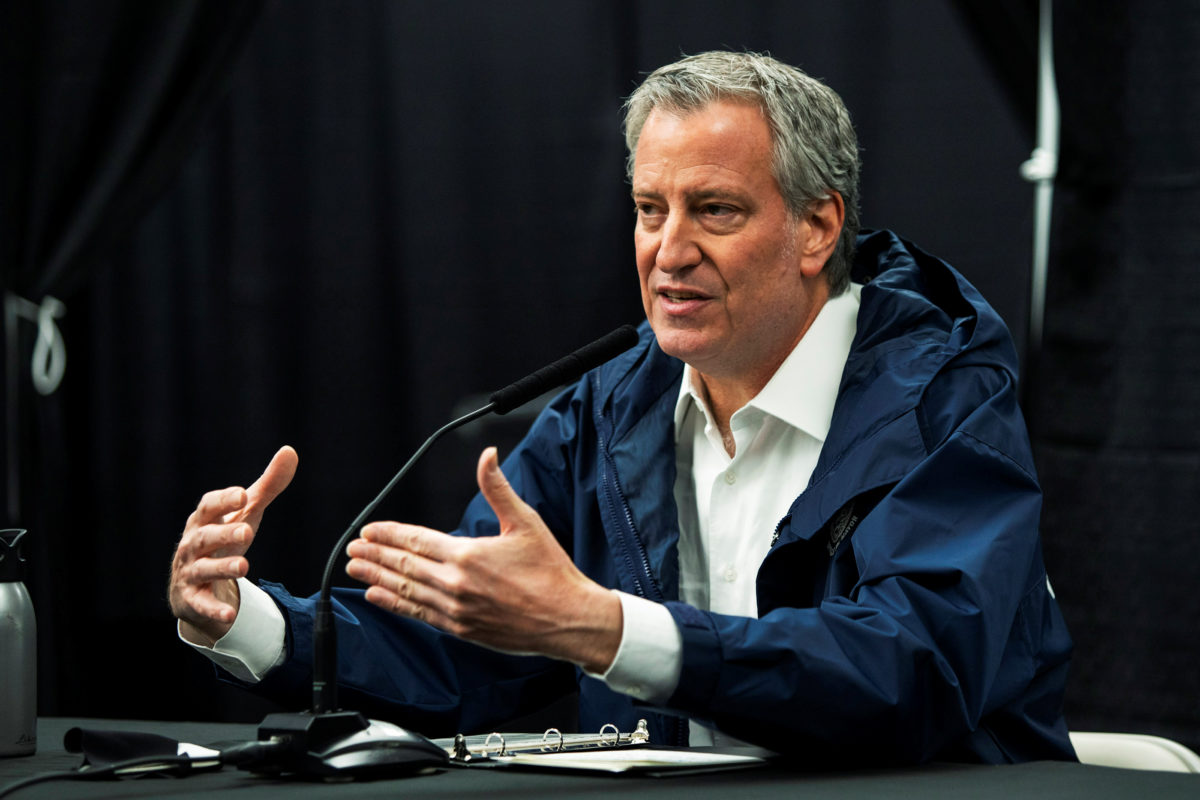 When a reporter suggested that the mixed messages would confuse parents, Cuomo said, “We just clarified it. It’s not going to be decided in the next few days because we don’t know.”

Adding to the confusion, an email from the city to parents was issued while Cuomo spoke, advising of the extended school closing.

“NYC school students will continue with Remote Learning for the rest of the 2019-2020 school year,” it said.

The dispute was the latest bout in a long-running grudge match between the two elected officials, who have failed to maintain a united front in the face of a pandemic.

When de Blasio said last month that city residents should prepare for a “shelter-in-place” order, Cuomo countered that the city didn’t have the power to make such a declaration.

Days later, Cuomo announced a “New York state on pause” order directing nonessential businesses to close and telling people to stay 6 feet away from others when in public. The order sounded much like shelter-in-place, a term de Blasio has continued to use.

De Blasio spokeswoman Freddi Goldstein alluded to the earlier dispute on Twitter, saying Cuomo’s reaction to de Blasio’s school announcement was “reminiscent of how he reacted when the Mayor called for a shelter in place. We were right then and we’re right now.”

Cuomo addressed the school issue as he released numbers showing that 783 deaths from COVID-19 were recorded statewide on Friday, the fifth day in a row that the toll topped 700.

The new figures raised the number of coronavirus-related deaths in the state to 8,627.

The governor, whose national profile has risen as his virus briefings have become must-see TV, said again Saturday that he is not interested in running for president.

When a reporter said some Democrats would prefer Cuomo to former Vice President Joe Biden as their party’s presidential nominee, Cuomo said, “That is on one hand flattering. On the other hand, it is irrelevant.”

De Blasio ran for the 2020 Democratic nomination but dropped out early in the race.

Cuomo’s remarks Saturday were embraced by authorities on Long Island, which has seen its own surge in coronavirus cases. “Everybody wants to get back to normal as soon as possible, but we have to take a data-driven, regional approach,” Laura Curran, the Nassau County executive, said in a statement.

“If this pandemic has taught us one thing,” added Suffolk County Executive Steve Bellone, “it is that we are one New York and all in this together.”

The school closings were initially announced for a few weeks back before the virus’s full impact was known. New York’s school year lasts through late June.

A massive effort to move instruction online has met mixed success in the city, where many low-income students lack Wi-Fi and devices for connecting to their virtual classrooms.

De Blasio said tens of thousands of tablets and laptops have been loaned to students who needed them and the remaining students who lack devices for online learning will get them by the end of April.

De Blasio had resisted closing schools as the city recorded its first deaths from the coronavirus, saying he feared that health care workers would have to stay home to care for children and that hundreds of thousands of poor students would go hungry without free school meals.

Since then, the city has set up food distribution sites and centers where essential front-line workers can drop their children off.

Authorities in some other locales, including the states of Virginia and Pennsylvania, previously announced that schools would close for the rest of the year.