Long before the coronavirus pandemic, public health officials worried about opening schools in times of contagious crisis, and how to strike the right balance between children’s well-being and protecting families from life-threatening illness.

During the 1918-1919 influenza pandemic, when an estimated 675,000 people died in the United States alone, the majority of public schools were closed for weeks to months on end. But three major cities — New York City, Chicago, and New Haven — kept their schools open amid valid questions and concerns about safety.

When COVID-19 first emerged, many pediatricians — including me — vociferously warned parents that their children were safer at home. In March, school districts across the nation shut their doors and more than 50 million American students finished the 2019-2020 school year through a variety of remote learning and home-schooling programs.

At the turn of the 20th century, improving school facilities and sanitary conditions for students became of great concern.

Then the American Academy of Pediatrics made headlines by recommending that elementary through high school students return to school this fall, a move that surprised government officials and parents alike. (Disclosure: I am a Fellow of the AAP.)

Much has since changed in our understanding of the novel coronavirus since it first emerged — especially when it comes to youngsters. A few months ago, we assumed that, as with other respiratory transmitted viruses like influenza, school-aged children would play a major role in spreading the disease.

We now don’t believe this to be the case. Children, especially those under the age of 12, appear far less likely to contract and spread the virus. To a lesser extent, the same appears to be true for older children. Although school-age children make up about 24 percent of the American population, they have thus far accounted for only 4.7 percent of the reported COVID-19 cases in the United States. According to Centers on Disease Control and Prevention data, only 4.4 children per 100,000 have had to be hospitalized for COVID-19, a rate that is strikingly lower than the 161.7 per 100,000 adults in the age range of 50 to 64 years of age who have been hospitalized.

READ MORE: How should schools reopen? Pediatricians offer these guidelines

Not all the new information is rosy, however. We still do not know the actual or total infection rate among children because relatively few healthy kids have been tested for the virus. We do not know how many of these children are asymptomatic carriers of COVID-19. There are also the rare cases of a COVID-related, post-inflammatory syndrome that concerns many pediatricians and parents. And while relatively few children have died of COVID-19 when compared to older Americans, any death at any age is unwelcome.

Some of the reasons the AAP has suggested children return to school in the fall has to do with their educational, social and developmental needs. That includes better means of learning in the classroom under the tutelage of a skilled teacher, the critical role of play in the daily lives of children, access to school-based health and meal programs, and disparities of internet and computer access for many American families without the financial resources to purchase such commodities. This doesn’t even begin to account for the many issues related to child care and supervision that work-at-home parents have struggled with over the past several months.

Worse, many American children live in abusive or unsafe homes, and millions of school-aged students are homeless. All of these kids would likely be far safer with regular classroom attendance.

At the turn of the 20th century, improving school facilities and sanitary or health conditions for students became of great concern in the U.S. Back then, public schools often conducted classes in dirty, poorly lit and poorly ventilated buildings, before school medical inspection programs began during the 1890s. 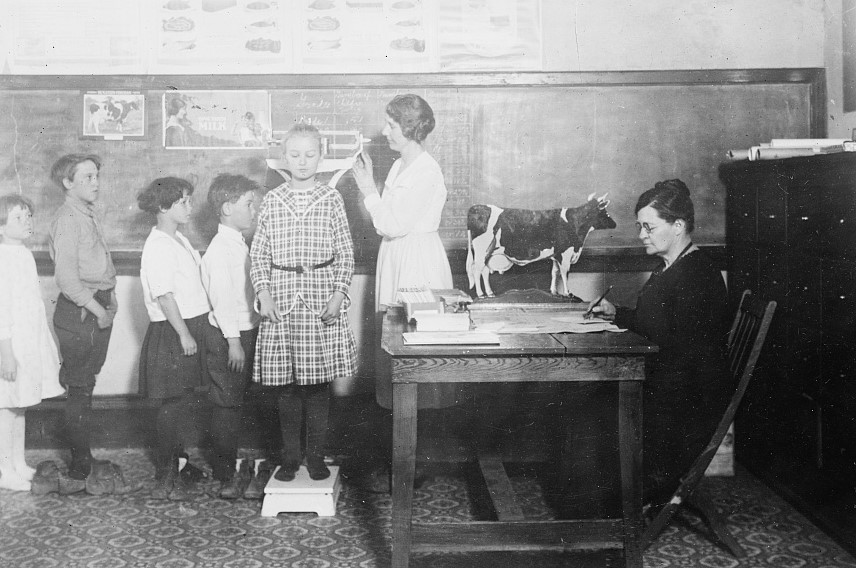 Some of the larger American cities, such as Boston and New York City, founded school health teams who made daily rounds through the public schools to determine the health status of individual children and entire classrooms. Although their first priority was the diagnosis of contagious diseases, district doctors and school nurses also examined children for musculoskeletal deformities, poor eyesight, hearing problems, environmental poisonings, dental hygiene, diabetes and other chronic ailments.

READ MORE: What history revealed about cities that socially distanced during a pandemic

When influenza struck New York City in the fall of 1918, its school system comprised more than a million children, 75 percent of whom lived in crowded and unsanitary tenement houses. Dr. Royal Copeland, the commissioner of the Department of Health at the time, insisted that the clean environment of the modern school buildings, combined with medical inspections and examinations, was far safer than keeping them at home in places like the Lower East Side. Indeed, Copeland became irritated over the closing of his son’s private school, the School for Ethical Culture, in mid-October of 1918 and used his son’s apathy at home as “evidence that children are better off in school, under supervision, than playing about in the streets.” His management of the city’s health during the flu pandemic was so successful that four years later he was elected the U.S. senator from New York, a post he held until his death in 1938. 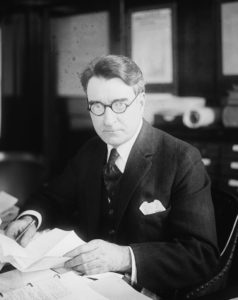 Royal Samuel Copeland was president of the New York Board of Health during the influenza epidemic of 1918. Courtesy Library of Congress/ Flickr Commons project, 2017

In Chicago, Health Commissioner John Dill Robertson had a similar philosophy. Fighting off angry parents and teachers, Robertson held fast against school closure. In 1919, he reported that “with respect to the schools, it was remembered that the sanitation is quite uniformly good and that the hygienic conditions of environment were better than those which would have obtained among the children if classes were discontinued.” Even without school closures in Chicago, the classrooms were fairly empty due to high rates of absenteeism of 30 percent in early-to-mid-October, to nearly 50 percent by the end of the month. Robertson concluded that many students were being unnecessarily kept home by parents stricken with “fluphobia.” But then as now, parents had legitimate concerns about sending their children back.

Meanwhile, the New Haven health commissioner, Dr. Frank Wright, enjoyed wide respect among the citizens and other city officials. Like New York and Chicago, New Haven also intensified school-based medical inspection programs to quickly diagnose the children who were infected with the flu and isolated them as soon as possible from their peers and teachers. Working with parents, the school board and the mayor, Wright developed an amicable plan to keep children in schools where physicians and nurses worked full-time to identify sick children and send them home for proper care. This plan also helped keep students from congregating in the streets and reduced their exposure to ill adults.

For many school districts today, this autumn’s school term remains unsettled. As new cases of coronavirus hit record highs, President Donald Trump, Vice President Mike Pence and Secretary of Education Betsy DeVos have insisted, without legal authority or scientific data backing them, that schools reopen in the fall. The Centers for Disease Control and Prevention, however, has determined that before that can happen, a series of safe practices, social distancing measures and public health guidelines must first be in place. Last week, the president of the AAP lamented that its guidance had been “politicized” and noted that the original recommendations did not advocate “a universal return to school no matter what.”

READ MORE: ‘The Plague’ perfectly captures the risk in returning to normal

Everywhere, teachers, school staff and parents are concerned about the next best course to take. The Los Angeles and San Diego school districts announced on Monday that they will teach remotely in the fall, while New York City hopes to adopt a hybrid model of social distanced in-class and remote-at home teaching.

Whatever plan a local school district ultimately adopts, we must all keep several things in mind.

We need to get a better handle on how widespread COVID-19 is, especially in the fall, and then we must apply the best scientific evidence. We need to be creative, nimble and flexible as new information develops. And if a new surge in cases arises, we must be prepared to consider another round of school closures. We must keep our children’s health and welfare as our highest priority, whether they continue to stay at home or go back to school. We have to protect the adults working in these schools and keep them healthy, too. More broadly, we must protect against the risk of infected children, teenagers and college students from potentially infecting Americans at high risk for the ravages of COVID-19. There is no one-size-fits-all plan for all communities or all students of different ages, backgrounds and development. Parents will need to participate in the planning process. Social distancing, face masks, hand washing and excellent hygiene remain paramount.

And when a safe and effective coronavirus vaccine is finally developed, we — child and adult alike — must all roll up our sleeves and get a shot.

Left: Children make models in a "backyard workshop" while school was closed for influenza in Denver, 1919. Photo by Universal History Archive/Universal Images Group via Getty Images