ROME — Italy announced a sweeping quarantine Sunday for its northern regions, igniting travel chaos as it restricted the movements of 16 million people — more than one quarter of its population — in a bid to halt the relentless march of the new coronavirus across Europe.

Confusion reigned from Milan to Venice as residents and tourists tried to figure out exactly when and how the new rules were coming into effect. Travelers rushed to train stations and crammed aboard standing-room only trains, tucking their faces into scarves and sharing sanitizing gel.

After Italy saw its biggest one-day jump in infections, Italian Premier Giuseppe Conte signed a quarantine decree overnight for the country’s prosperous north. Areas under lockdown include Milan, Italy’s financial hub and the main city in Lombardy, and Venice, the main city in the neighboring Veneto region. The extraordinary measures will be in place until April 3.

“There will be a ban for everybody to move in and out of these territories and also within the same territory,” Conte said. “Exceptions will be allowed only for proven professional needs, exceptional cases and health issues.”

The fate of foreign visitors stuck in Italy’s new quarantine zones was not immediately clear.

While the Vatican wasn’t directly affected by the lockdown, the pope, who has been ill, held his Sunday blessing by video instead of in person, describing the strangeness of feeling like he was “in a cage.” 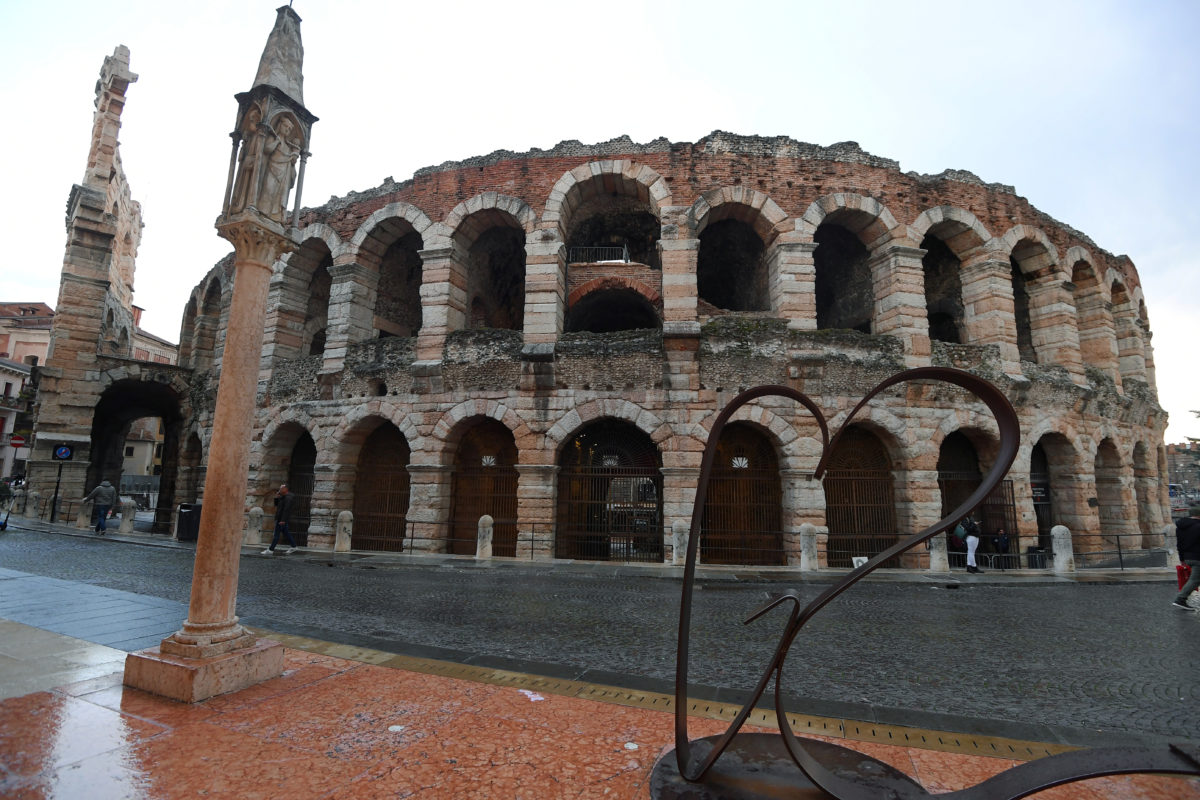 Italy’s move echoed China’s lockdown of some 60 million people in central Hubei province in late January, which is now in its sixth week. The head of the World Health Organization, Tedros Adhanom Ghebreyesus, on Sunday tweeted his support for “the government and people of Italy,” saying they were “taking bold, courageous steps aimed at slowing the speed of the coronavirus.”

China has suffered about three-fourths of the world’s 106,000 coronavirus infections and most of its nearly 3,600 deaths. New infections in China have leveled off dramatically, however, and most of those infected, in China and globally, have already recovered.

But infections mounted higher Sunday in other epicenters — South Korea, Iran and especially Italy. And with a nose-dive in tourist traffic and major disruptions to supply chains worldwide, stocks got off to another rocky start Sunday as Mideast indexes opened down 6% to 8%.

Around the globe, more events and festivals were called off, including the women’s hockey championships in Canada. Bahrain said its Formula One race this month will take place without spectators over virus fears while Japan’s time-honored grand sumo tournament opened Sunday in Osaka with no fans and wrestlers in face masks.

Chaos erupted in the hours before Conte signed the decree, as word leaked about the planned quarantine.

Students at the University of Padua in northern Italy who had been out at bars on a Saturday night saw the reports on their phones and rushed back to grab their belongings and head to the train station. Hundreds of passengers, some wearing face masks and rubber gloves, crammed onto the last local train leaving Padua at 11:30 p.m, sitting on their suitcases in the aisles. No conductor came by to check tickets.

“I read two hours ago that they may be putting out an urgent decree putting Padua in the red zone … so I decided to go earlier,” said student Roberto Pagliara, heading to his hometown of Puglia in southern Italy.

But the governor of Puglia urged people like him to stay away and not bring virus infections down south.

“Get off at the first railway station, don’t take planes to Bari and Brindisi,” Gov. Michele Emiliano said in his dramatic appeal, citing two cities in Puglia with airports. “Turn around in your cars, get off the pullman buses at the next stop.”

Italy on Saturday reported its biggest daily increase in coronavirus cases since its outbreak began on Feb. 21. The number of infected people rose 1,247, taking the total to 5,883, and the death toll rose to 233.

Regional politicians in Italy were taken aback by the lockdown. The mayor of Asti, in the Piedmont region, posted an irate video on his Facebook page slamming Rome for not keeping regional leaders in the loop.

“Nobody told me,” Maurizio Rasero screamed, adding that he had hundreds of messages on his cell phone from alarmed citizens. “It’s incredible that information that is so delicate and important would come out in the newspaper first.”

In Rome, some Masses were held outdoors, including one on an asphalted sports field.

“I am near in prayer to persons who are suffering from the current epidemic of coronavirus and to all those caring for them,’’ Pope Francis said in his video service Sunday, before briefly appearing at his window to greet the crowd.

The virus outbreak has left the cruise ship industry in disarray.

The Grand Princess cruise ship, where 21 people have tested positive for the virus, was heading Sunday to Oakland after idling off San Francisco for days. It expects to land Monday. Captain John Smith said ill passengers will be taken into hospitals and healthy Americans will be put into quarantines. He said he was not yet told what will happen to passengers from other countries. The ship had a cluster of almost 20 infections during an earlier voyage that has led to one death.

Another cruise ship is in quarantine on the Nile in Egypt with 45 confirmed virus cases. Two other ships with no confirmed cases were turned away this weekend from Malaysia and Malta amid virus fears.

The U.S. Centers for Disease Control and Prevention urged older adults and people with severe medical conditions to “stay home as much as possible” and avoid crowds. A federal official told The Associated Press that the White House had overruled health officials who wanted to recommend that elderly and sick Americans not fly on commercial airlines. A spokesman for U.S. Vice President denied the report.

Meanwhile, the U.S. death toll from the virus climbed to 19, with all but three victims in Washington state, and infections rose to over 430.

While many scientists said the world is clearly in the grips of a pandemic — a serious global outbreak – the WHO isn’t calling it that yet, saying the word might spook the world further.

“This outbreak meets all the definitions for a pandemic,” said Devi Sridhar, a professor of global public health at the University of Edinburgh.

As of Saturday, nearly 90,000 cases have been reported in Asia; nearly 10,000 in Europe; some 7,000 in the Mideast; about 450 in North America, Latin America and the Caribbean, and fewer than 50 cases reported so far in Africa.

In Iran, fears over the virus and the government’s waning credibility has become a major challenge to leaders already reeling from American sanctions. The virus killed 49 more people in Iran in the last 24 hours, bringing the death toll to 194 amid 6,566 confirmed cases.

China on Sunday reported 44 new cases over the past 24 hours, the lowest level since it began publishing nationwide figures on Jan 20, and 27 new fatalities. South Korea reported 272 new cases, taking its total to 7,313, with 50 deaths overall.

Even islands in the middle of the Indian Ocean have not been spared, with the tiny archipelago nation of the Maldives reporting its two first virus cases.

Left: Military and policemen are seen inside Milan's main train station as Italian authorities prepare to lock down Lombardy to prevent the spread of the highly infectious coronavirus in Milan, Italy, March 7, 2020. Photo by Alex Fraser/Reuters.