WATCH: WHO deliberates how to design novel coronavirus drugs

More than 300 researchers from around the world convened in Geneva, Switzerland, on Wednesday to figure out how to treat people diagnosed with novel coronavirus and develop the first vaccines and medications to combat the disease.

Public health experts and scientists are discussing easy-to-apply community-level diagnostic tests, best prevention practices and potential therapies, said Soumya Swaminathan, chief scientist for the World Health Organization, during a news conference Wednesday. They are also developing a master plan for how to set up clinical trials that could produce medications and vaccines.

Nearly 45,000 people worldwide are sick with novel coronavirus, or COVID-19, as the WHO has christened the disease, and more than 1,100 people have died. The vast majority of cases and deaths have taken place in China, and one person has died in the Philippines. 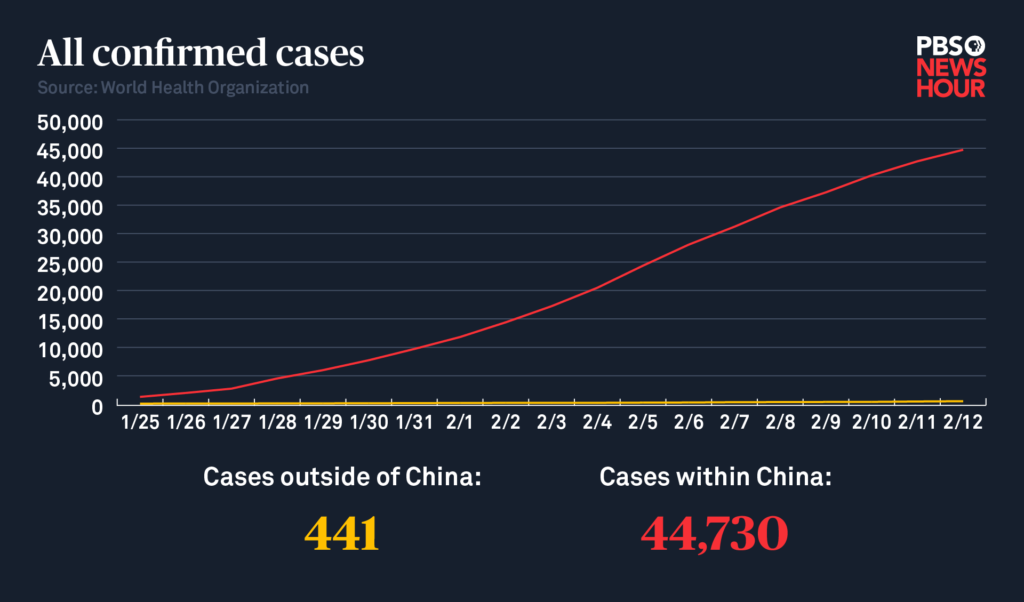 Thirteen people in the U.S. have been diagnosed with the illness; 11 of them had traveled to Wuhan, China, where the virus originated. Two people caught the disease after being in close contact with people infected after returning to the U.S. from China.

Several nations, including the U.S., have issued travel restrictions to prevent the virus’ spread. As of Wednesday, more than 30,000 passengers arriving in the U.S. from China have been screened at 11 airports, according to the National Center for Immunization and Respiratory Diseases. 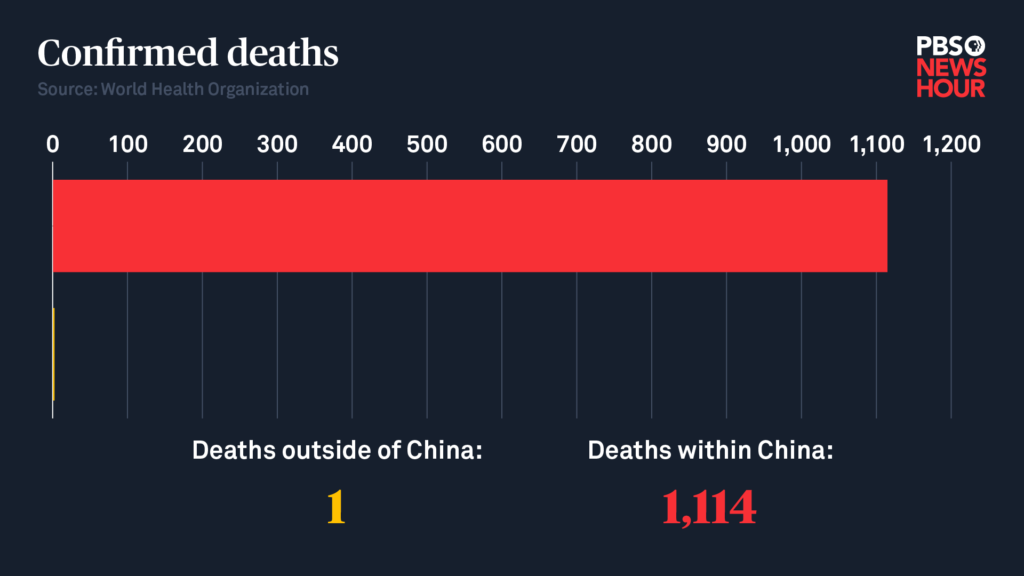 Critics say there is not enough evidence that the travel restrictions will significantly reduce the risk COVID-19 poses to the U.S. On Tuesday, Ronald Klain, the Obama administration’s Ebola czar, said the tactics being used reduce the number of people entering the U.S. “based solely on the color of their passport.”

“The public expects action, and they should get action,” Klain said during a panel discussion about the virus at the Aspen Institute in Washington, D.C. “The action should be science-based.”

Nancy Messonnier, the National Center for Immunization and Respiratory Diseases director, said the current strategy is not intended to seal off the U.S. entirely from the virus, Messonnier said during the panel, saying “If we can pause it a little bit, we buy ourselves some time,” she said.

In Barcelona, Spain, a global tech trade show was canceled Wednesday for fear that the virus could spread there.

In response to questions about whether such precautions are warranted, Michael Ryan, executive director for the WHO Emergencies Programme, said Wednesday that every mass gathering poses risks that must be taken into consideration.

Meeting organizers must always “put together a risk strategy” for a range of scenarios, including the spread of disease, but also food poisoning, terrorism and building collapses, Ryan said. If meeting organizers are concerned about COVID-19, he said WHO would offer “evidence-based frameworks” to help.