Why I decided to be a coronavirus vaccine test subject

When I applied to take part in a COVID-19 vaccine trial, I expected a process where I would have to submit to a number of follow-up screening questions to be considered. Instead, soon after I detailed my medical history and whether I had recently been to places where large numbers of people gathered, I was told that if I was still interested, I should make an appointment to go to George Washington University for my first of two injections.

That trial turned out to be for the Moderna vaccine — one of the candidates that uses a new technology.

On Monday, Moderna announced preliminary results from its clinical trials showing it is nearly 95 percent effective, days after Pfizer released similarly positive data for its vaccine. 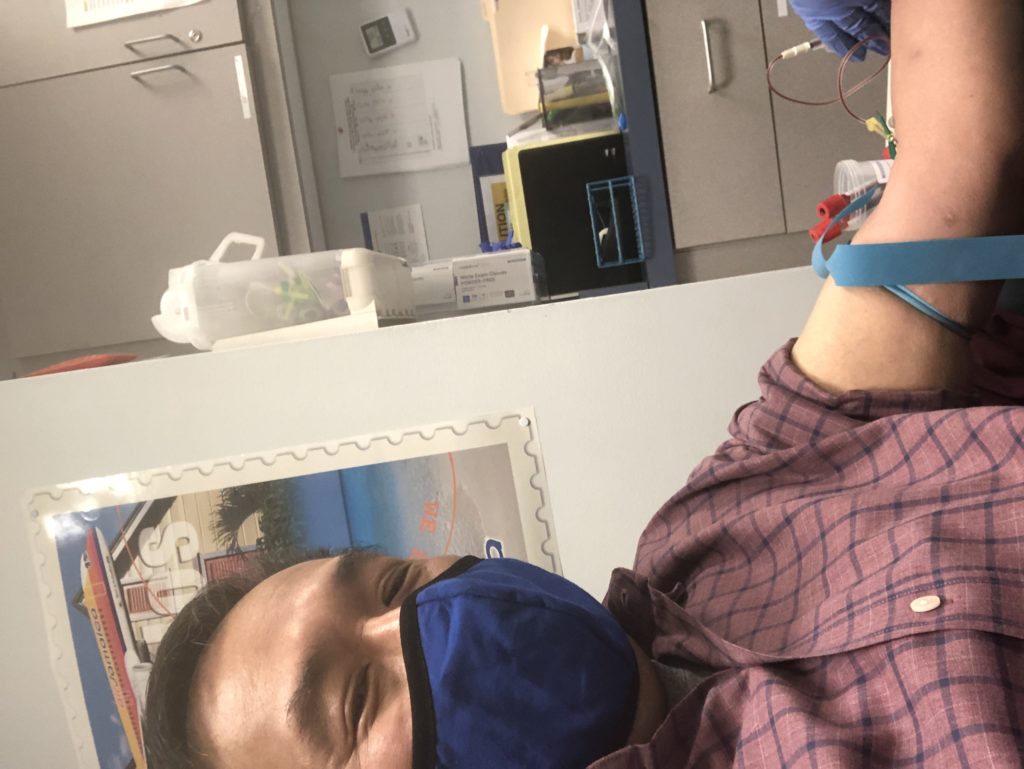 No approved vaccine has ever used this technology, which I was superficially familiar with from discussions with my brother-in-law, a geneticist who once ran the Stanford Human Genome Project.

No one told me so explicitly, but doctors involved with the study suggested that I had been selected because I’m Asian, older than 60, have asthma and a mild heart condition — all things that put me in the high-risk category and all things for which they wanted to be sure the vaccine was safe.

I was told to maintain my routine, which in my case means working from home and wearing a mask when I walk my dog, go grocery shopping or report, as I did earlier this month from President-elect Joe Biden’s headquarters in Wilmington, Delaware.

“If everyone sits at home and never goes out and no one gets sick, the trial will fail,” said Dr. David Diemert, the infectious disease expert running the GWU trial site. It had never occurred to me before he said it — they needed people to get sick to see if the vaccine is effective.

“If everyone sits at home and never goes out and no one gets sick, the trial will fail.”

The 50-50 chance of getting either the real thing or a placebo was one of the reasons I applied — I wanted the real deal — so I was disappointed when the day ended without any side effects. Paradoxically, I was heartened the next day when I began to feel feverish, fatigued and achy — like I had a mild case of the seasonal flu — all of which I dutifully recorded in an app downloaded onto my phone.

While I felt, in the words of one of the study doctors, “like crud,” it wasn’t enough to keep me from my daily activities or from working. It did, however, persist. I felt a little better every day, but it wasn’t until Sunday that I started to feel back to normal.

When I went in for my second shot about a month later, on Tuesday, Oct. 20, I told a doctor that I was trying hard not to draw any conclusions from the side effects about whether I got the real thing or the placebo.

She also warned me that reactions to the second shot were greater than to the first. She suggested I try to get ahead of it with an aspirin or other analgesic when I got home.

Even though I did — and I don’t discount the power of suggestion — it didn’t take long for every muscle and joint in my body to ache and my temperature to hit 99.9. I was in bed and asleep by about 7 p.m. and didn’t wake up until about 6 a.m. the next day.

But just as the effects came on faster, they resolved faster. This time I was feeling fine by Thursday.

Before getting my first shot, I had asked my primary care physician what he thought about the idea. He said that if he were selected, he’d participate “time permitting.”

Actually, for someone who has routine doctor’s appointments to monitor various and sundry chronic conditions, I don’t find it all that time-consuming or demanding — and there is a small payment for being a test subject.

The first two appointments were long — a physical exam, COVID test, antibody test and then waiting for 30 minutes after the shot to check for reactions. Then, for the first seven days after each shot, I recorded my side effects — and eventual lack of them — in the phone app. Weekly calls to check on my health have been very brief. And I will continue to go in for COVID and antibody tests two, four, seven, 13 and 25 months after the first injection.

WATCH: What it’s like to be part of a COVID-19 vaccine trial

During calls with the doctors, they give me the COVID test results, but not the antibody test results, which are, in the scientific terminology, “blinded” — just like whether I got the real thing or a placebo. Only a small number of people know that — the pharmacy workers who prepared the injection and the people who actually delivered it. The doctors don’t know and no one is supposed to tell me.

Under the design of the trial, which is detailed in a 21-page informed consent form I signed, it won’t be “unblinded” — all information disclosed — until after two years.

But in announcing preliminary results, Moderna officials said they were so promising that they feel an ethical obligation to offer the real vaccine to the half of participants who got the placebo.

As it happened, I was scheduled for a clinic visit on Tuesday for any antibody test. Unfortunately, the trial coordinator didn’t have any news beyond Monday’s announcement.

Still, I feel comfortable knowing that I’ve either gotten a potentially highly effective vaccine or have a chance of getting it without having to wait for months. And I feel like I’m playing a small part in advancing science and, perhaps, in helping put the coronavirus in check.