President Donald Trump wrapped up his “working vacation” last week by firing top adviser Steve Bannon, a controversial figure who was seen as one of the president’s most powerful influences.

Many wondered how the White House would be different without the man many believe helped shape policies like the travel ban and the decision to withdraw from the Paris Climate Accord. Bannon headed back to Breitbart News, where he had been executive chairman before joining Trump’s campaign. Trump, for his part, announced a shift in strategy in Afghanistan and went on to give two drastically different speeches in the course of 24 hours. One, at a campaign rally, blamed the media for deepening the nation’s racial divide; another, to the American Legion in Nevada, called for unity and healing.

As we wait to see how the White House adjusts post-vacation, here are five stories you might have missed during your own travels.

1. The fallout from the Sierra Leone mudslides 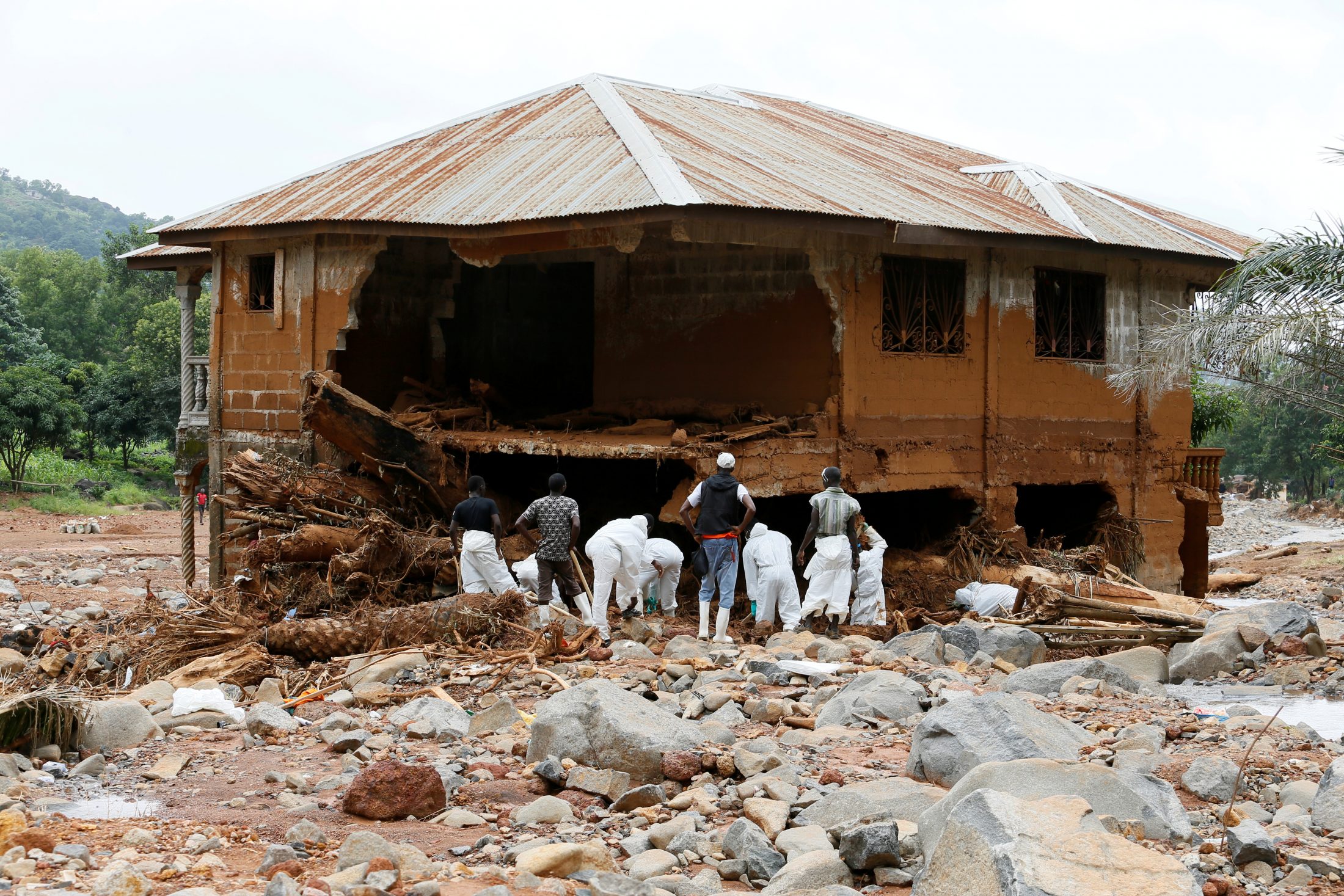 Rescue workers are seen last week searching through rubbles around a house for bodies at Pentagon, in Freetown, Sierra Leone. Photo by Afolabi Sotunde/Reuters

The government, as a precaution, has ordered the evacuation of more than 10,000 additional people who live on an at-risk hillside in the capital of Freetown, Al Jazeera reported.

Heavy rains in the area last week caused the slopes of Mount Sugar Loaf to collapse, creating a landslide that tore through the town in its path.

A 25-year-old carpenter, who was preparing for work in the area affected by the mudslide, recounted the moments before the disaster. “The land was trembling and the whole area was trembling with me,” Gabriel Fattah Manga told CNN. “I came out to see what was happening. I saw water going down … When I moved up to three meters, I saw this whole mountain coming,” he added.

Manga lost his mother, brother and other family members in the landslide. “I lost my family, I lost my people. I lost my place,” he said. “All has gone.”

The mudslides was the area’s worst natural disaster in years, at least since Sierra Leone was struck by the Ebola virus in 2014.

Buzzfeed News reported that the emergency response systems put in place during the Ebola epidemic, including training and ambulances, equipped people in Freetown to respond to the mudslide aftermath.

Sidi Tunis, Sierra Leone’s tourism minister, told Buzzfeed News that “reactivating the whole response structure was very easy for us. When it came to burials, people came out voluntarily in a very short time. We had 200 young men within the first day, a lot of whom had been on the burial team.”

The emergency training is also crucial because health officials fear there could be outbreaks of cholera and typhoid from the floodwaters. The government has said about 20,000 people have been displaced by the mudslides, too.

Presidential spokesman Abdulai Bayraytay appealed for more aid to help with Freetown’s recovery effort. “Sierra Leone is a small country with a small economy and we cannot do this alone … we appeal very passionately to the world to come to [our] aid,” he is quoted as saying by CNN.

2. Why human smugglers rely on trucks to carry migrants through Mexico and across the U.S. border 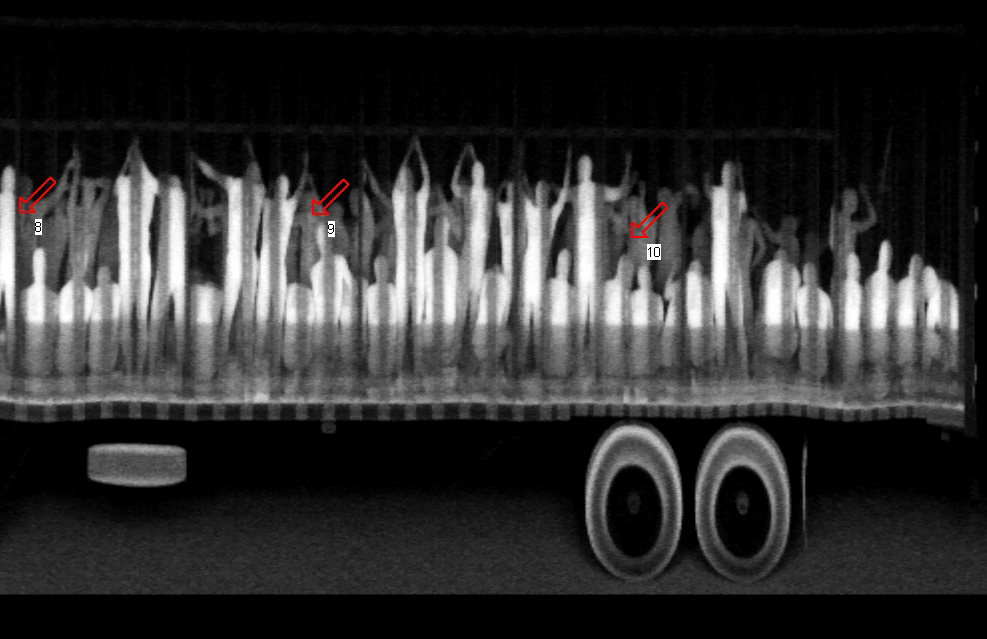 Migrants from Latin America and Asia are seen in a trailer truck after being detected by police X-ray equipment, near Tuxtla Gutierrez, in Mexico’s state of Chiapas, in this 2011 photo. Photo by Chiapas State Attorney General/Handout via Reuters

Two recent human-smuggling cases highlight the perils migrants are willing to take on as immigration authorities in the U.S. and Mexico step up efforts to address border security.

Authorities in Veracruz, Mexico, intercepted a truck traveling “in deplorable conditions” on Sunday as it carried 115 migrants through the eastern state, an official told Reuters. Of those on board the truck, 41 were minors. Police arrested the two drivers.

The case follows a deadly July incident in whichn 10 of at least 100 immigrants were found dead inside an overheated tractor trailer in San Antonio. Nearly 20 others were reportedly hospitalized.

Jason Buch of San Antonio Express-News told the NewsHour at the time that the Border Patrol in Laredo, Texas, have reported an uptick in recent months of people using tractor-trailers to get pass a border checkpoint and reach U.S. cities further north, like Minnesota.

“People are usually going on to major metropolitan areas or regions of the country that employ a lot of immigrant laborers, so, areas with large agriculture industries or construction booms,” Buch said.

Smugglers then take advantage of those long distances, partially through a reliance on trucks. “The more people they can move at one time, the higher the profit,” the Associated Press reported.

3. Mylan will pay $465 million in settlement over pricing of the EpiPen 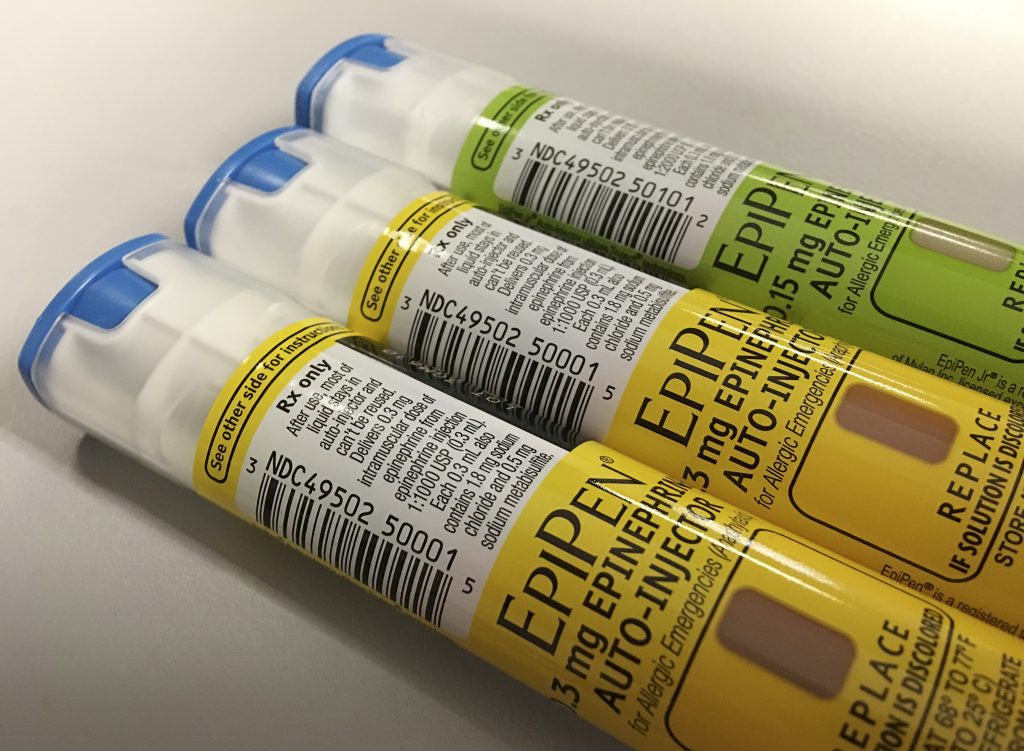 Drug maker Mylan will pay $465 million in a settlement with the Department of Justice, the government announced last meek, concluding a monthslong investigation into allegations that the company overcharged the government for the EpiPen.

The Department of Health and Human Services claimed the drug company misclassified the Epipen, an emergency allergy antidote, allowing them to pay lower rebates than they should have to state Medicaid programs.

Mylan did not admit to any wrongdoing in the settlement, Reuters reported. They will reclassify the drug and pay rebates accordingly, dating back to claims filed April 1 of this year.

Last year, Mylan came under fire for news that the price of EpiPens had skyrocketed than 400 percent since 2009. A pair of EpiPens could cost more than $600, depending on a patient’s insurance.

The company introduced a generic version of the medication, for $300, last fall, as a Senate panel opened an investigation into EpiPen price hikes. It found that Mylan may have overcharged the government by as much as $1.27 billion since 2006.

This recent settlement is much less than that, prompting critics, including Sen. Richard Blumenthal, D-Conn., to say it was “too easy” on the drugmakers.

“This settlement amount is completely insufficient – a feeble fraction of the $1.27 billion Mylan swindled out of Connecticut and American taxpayers. Quite simply, the Department of Justice is letting this deceptive pharmaceutical behemoth off the hook. Absolving Mylan from a finding of wrongdoing has cleared the way for the company to pocket the money it embezzled from an American public in desperate need of lifesaving and affordable medications. The Department of Justice has abdicated its responsibility in pursuing the justice and the full debt owed to the American public,” Blumenthal said in a statement.

It’s not clear how the DOJ reached its settlement with Mylan. For Sen. Chuck Grassley, R-Iowa, who helped lead the initial investigation, questions remain.

4. Why are wildfires continuing in Oregon and abroad? 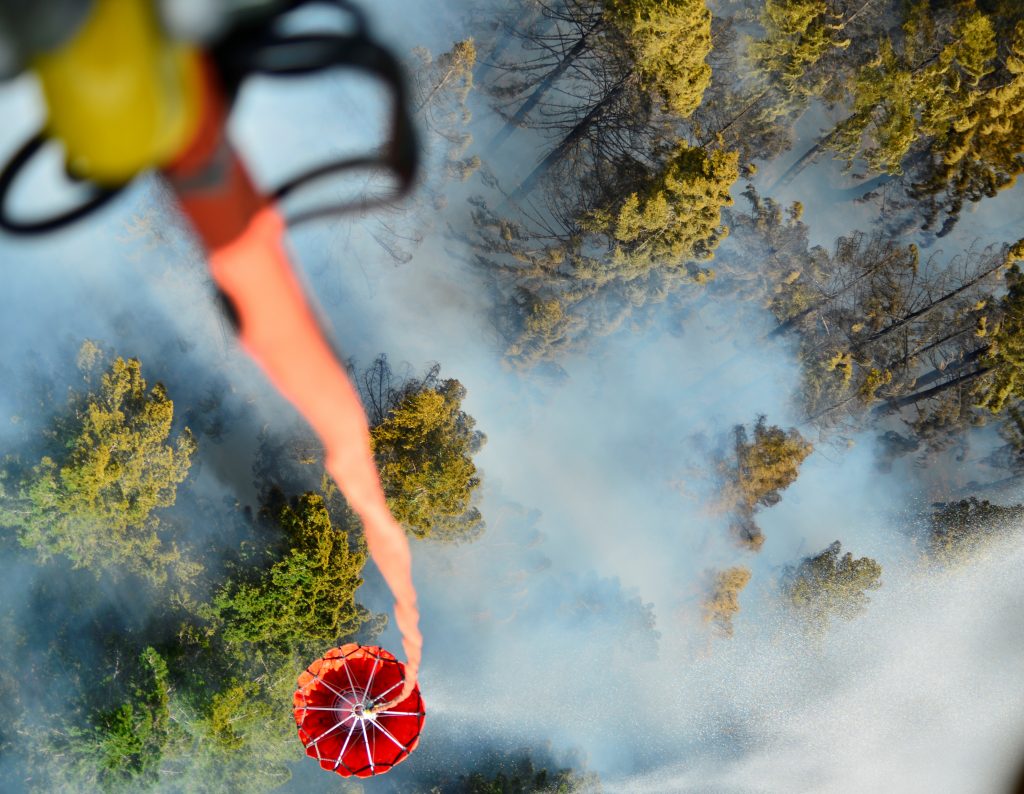 Oregon firefighters continue to combat several wildfires that have intensified over the last several days. Jim Gersbach, a spokesman for the Oregon Department of Forestry, said there are currently nine new reported fires statewide as of Monday, spanning four acres. There are nine additional large uncontained wildfires, some of which Gersbach labeled as “complexes,” or two or more individual incidents located in the same general area.

The most severe flames — the Chetco Bar fire — currently stretches across 31,000 acres of wildlands in the Siskiyou National Forest. Chris Barth, a spokesman for the Rocky Mountain Area Incident Management Team Black, told the NewsHour crews are using suppression tactics, including on-the-ground firefighter and air support to calm the Chetco Bar fire.

The state is now in peak wildfire season, which typically begins in late May and continues until September.

Oregon is not the only place where wildfires are burning. Take the icy terrain of Greenland, for example, where a large and historic wildfire has been burning for weeks. Nearly 80 percent of the Arctic island is covered by ice, which doesn’t exclude the area from fires and has puzzled officials as to how the fires have sustained. Along the French Riviera, multiple blazes forced the evacuation of 12,000 vacationers and residents in late July.

In early August, as many as 126 wildfires were burning at a time in British Columbia, where officials say they’re seeing the second-worst wildfire season since the government began keeping records.

Why are we seeing the increase? It’s hard to say. Some scientists point to climate change.

Some other reasons, suggested by the Mother Nature Network:

By oversuppressing them for decades, people disrupted natural fire cycles and let too much wildfire fuel build up. Forestry managers now light controlled burns to clear out this excess debris.

Higher densities of people also now live near forests than in the past, raising both the stakes and chances of a fire.

Aside from environmental and safety concerns, the other issue is cost. The Surrey Now-Leader says the government has spent $204 million so far this year fighting wildfires. 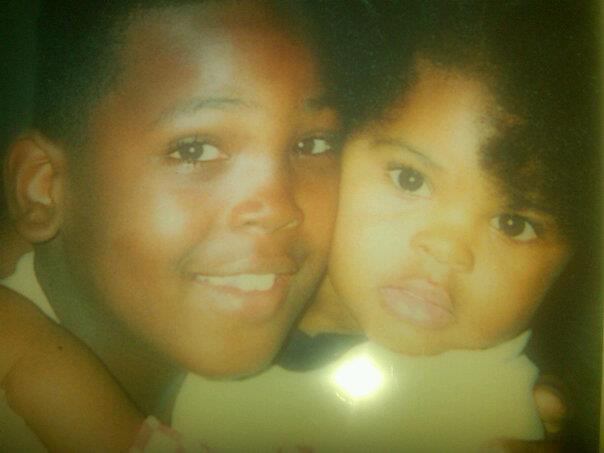 Ricky Brown and Ryann Brown together in 1989. Photo courtesy

Kimberly Greer can’t sleep. Almost every night for the better part of four years, she has woken up in the dark. The numbers on her clock flash 3:30 a.m.

Greer rouses at this hour most nights, haunted by the faces of her son, Ricky, her daughter, Ryann, and her nephew, Jordan — three of the hundreds of Chicago’s victims of gun violence. One survived. Two did not. But they all come back in the hours she can’t sleep.

“I’m traumatized,” she says, thinking about the people she’s lost.

Greer, 58, is one of thousands of people across the South and West Sides of Chicago who experience some form of mental health trauma as a result of gun violence. And as the number of shootings in the city increases, mental health providers are struggling to keep up, NewsHour’s Ryan Connolly Holmes reports. 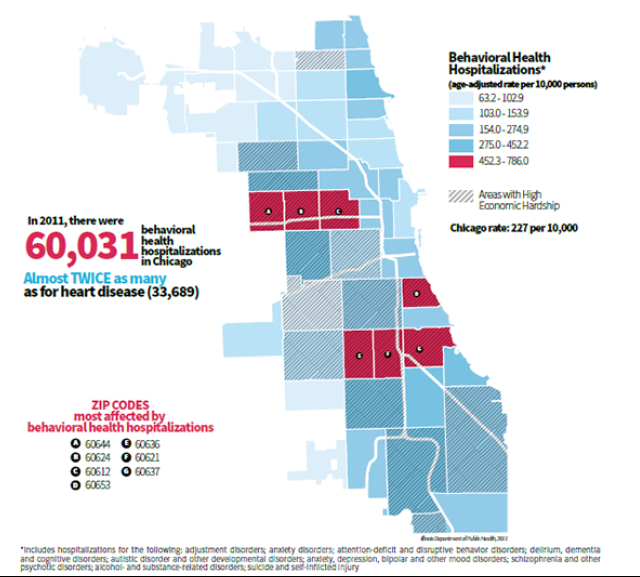 Since 2009, the city has closed six mental health clinics. Between 2009 and 2012, the state cut $113.7 million in funding for mental health services, according to National Alliance on Mental Illness’ (NAMI) Chicago branch. And while mental health coverage expanded under the Affordable Care Act, service providers who work with low-income clients still say they are strained.

“Every time a person gets shot, especially a young person, there are literally hundreds of people who are affected by that shooting,” Stolbach said. Those people are “not thought about,” he said.

The state recently reached a deal that ends a yearslong budget impasse, which had withheld much funding from state-supported mental health organizations. But providers and residents still say there isn’t enough support to fully address the mental health issues their communities face.

Left: Debris is seen inside the window of a house left along the valley after the flash flood at Pentagon, Regent town, Sierra Leone. Photo by Afolabi Sotunde/Reuters