5 Stories: A new 4-legged whale fossil, why China is limiting online gaming for kids, and other stories you missed 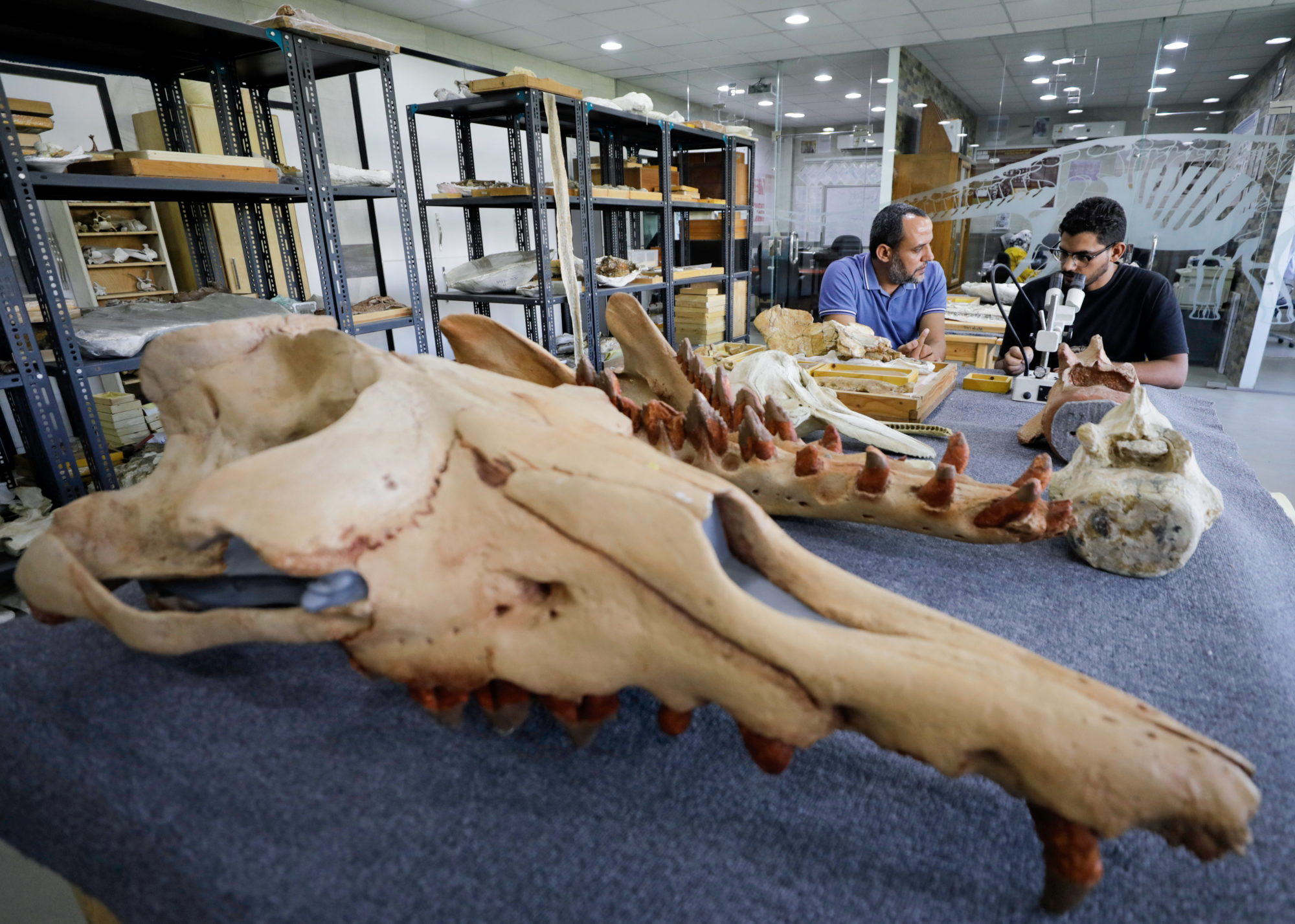 Scientists discovered a new fossil of a previously unknown whale — one that had four legs and a powerful, raptor-like mouth that could rip prey to shreds.

According to a study just published in the Proceedings of the Royal Society B, the 43 million-year-old fossil belongs to the Protocetidae group of extinct whales. These were creatures that could both swim and walk on land, offering scientists clues on how whales transitioned to sea-dwelling creatures.

This discovery was unearthed in a fossil-rich region of Egypt known as the Fayum Depression. And though they discovered only a partial skeleton, researchers believe the animal was likely 10 feet long and more than 1,300 pounds.

The Egyptian-led team that discovered this new species named it Phiomicetus Anubis, after the ancient canine-headed Egyptian god known as the protector of graves.

After 14 years of pressure from environmental groups and labor advocates, the Environmental Protection Agency is banning a common pesticide linked to developmental problems in children.

Chlorpyrifos, an inexpensive pesticide, has been on the market since 1965. It’s been linked to neurological damage in children that can lead to attention deficit disorders, loss of working memory and reduced IQs.

According to the EPA, approximately 5.1 million pounds of chlorpyrifos were used each year between 2014 and 2019 on vegetables, cotton, fruit, and other crops.

In 2000, companies selling chlorpyrifos agreed to stop putting the chemical in indoor home pest control products except for child proof insect traps. But according to The Conversation, studies have found more than 75 percent of people in the U.S. still have traces of the chemical in their bodies due to residues on food.

China has announced that anyone under the age of 18 can only play online video games for three hours a week, specifically between 8 and 9 p.m. on Fridays, weekends and public holidays. They can’t play at all during the rest of the week.

The new regulation tightens restrictions implemented in 2019, which limited play to 90 minutes on weekdays and three hours on weekends.

So, how do you actually stop kids from gaming? The new rules place the responsibility on those running online gaming in China — they’re supposed to make sure all players use their real names when signing on. The new regulations only apply to online gaming, and experts say it is still possible for gamers to play as much as they want offline.

Paris officials are implementing a new rule that has some vehicle owners fuming. Starting Sept. 6, the speed limit in almost all of Paris will be 30 kilometers per hour — less than 19 mph.

The city’s initiative is an attempt to reduce accidents and emissions while turning Paris into a more pedestrian-friendly city. It’s a trend being seen throughout Europe. Other French cities and towns as well as portions of Amsterdam, Brussels, Berlin and London all now have speed limits of 30 kilometers an hour or less.

The Associated Press reports that while some Parisian delivery and taxi drivers are opposed to the new speed limit policy, the majority of residents are in favor.

All those Zoom, Teams and Skype calls may have made work life a little easier during the pandemic, but things haven’t gone well for everyone.

A survey of 200 executives of companies with 500 employees or more found that one in four bosses has fired someone due to a blunder or gaffe made during an audio or video call. Another 38 percent have had to issue formal reprimands.

Miscues in virtual meetings included joining a call late, accidentally sharing sensitive information, or — and we’ve all been there — not knowing when to mute yourself.

It is a cautionary tale for all as we navigate a hybrid work world: be a punctual and attentive employee … and invest in a webcam cover.