Analysis: What we learned from more than 39 hours of Kavanaugh confirmation hearings

With the hearing over, attention now shifts to Kavanaugh’s confirmation vote. The Senate Judiciary Committee vote and a full Senate vote are slated to take place later this month, giving Republicans the opportunity to score a major political win ahead of the November midterms.

Here is a look back at the hearing, with a refresher on key issues and questions.

Will Kavanaugh get confirmed?

Yes, unless a small handful of centrist senators from both parties upend expectations and vote against the nominee. Every Senate Democrat would have to vote no, including Joe Manchin of West Virginia, Heidi Heitkamp of North Dakota, and Joe Donnelly of Indiana, the three red state Democrats who are up for reelection in 2018 and who voted for Neil Gorsuch last year. And at least two Republicans would have to vote no as well. The most likely candidates are Sens. Lisa Murkowski of Alaska and Susan Collins of Maine.

That scenario is within the realm of possibility, but it’s highly unlikely. Last year, Gorsuch was confirmed by a 54-45 vote (one member, Republican Sen. Johnny Isakson of Georgia, did not vote). During Thursday’s hearing, Republican Sen. Lindsey Graham of South Carolina predicted that Kavanaugh would be confirmed by a similar vote count, give or take a vote. Graham is likely right. 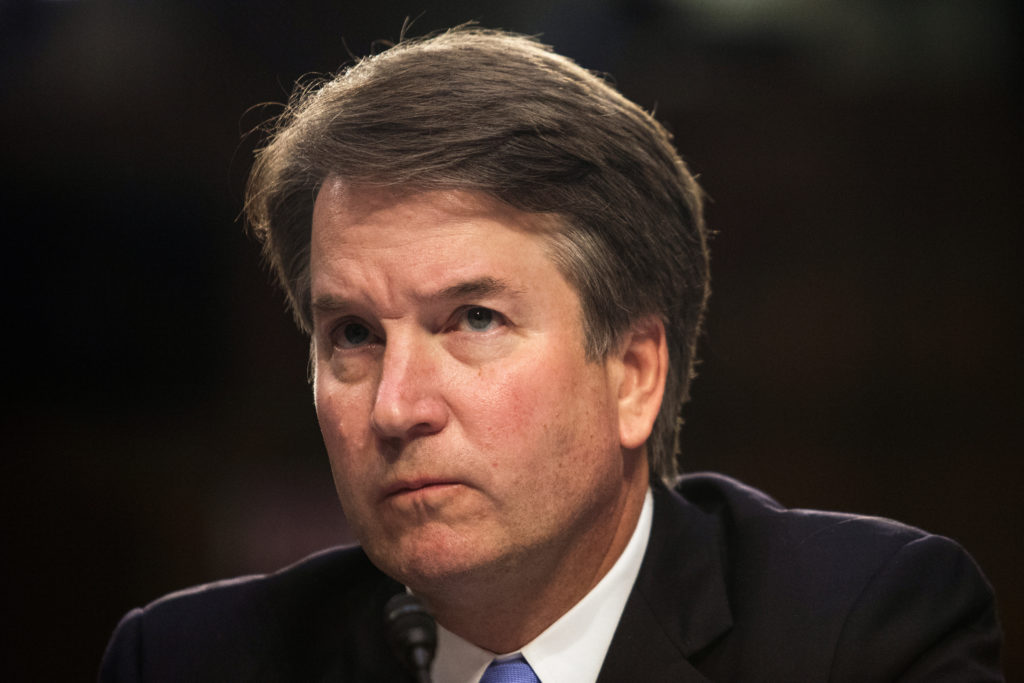 Moreover, that was the most likely outcome even before the confirmation hearing began. Republicans on the Senate Judiciary Committee argued this week that Democrats were not giving Kavanaugh a fair shake, because many had announced their opposition to his nomination before the hearing took place. They made a good point.

At its core, the hearing was not about senators making up their minds about which way they’d vote. Rather, it was about members — from both parties — defending or attacking the nominee, and scoring points with their respective bases along the way. It made for riveting political theater at times. But a high-minded civics lesson it was not.

It made for riveting political theater at times. But a high-minded civics lesson it was not.

Did Kavanaugh show his hand on any hot-button issues?

Not really. Kavanaugh declined to comment specifically on issues that could come before the Supreme Court, invoking the precedent set by recent nominees like Ruth Bader Ginsburg and Elena Kagan. It’s a good strategy for a nominee seeking confirmation to the high court. It did not, however, provide much of a window into Kavanaugh’s values or worldview. Of course, as he argued, that’s the point: judges are supposed to rule on the law, not their policy preferences.

What was the debate about “committee confidential” documents about?

Republican Sen. Chuck Grassley of Iowa, the chairman of the Judiciary Committee, announced at the outset of the confirmation hearing that the committee had made public nearly half a million documents from Kavanaugh’s career. But some 200,000 pages of documents from Kavanaugh’s time working at the White House under President George W. Bush were withheld, after being classified as “committee confidential.” Another set of roughly 100,000 documents was withheld at the request of the White House, which said they fell under executive privilege.

Democrats on the Judiciary panel rebelled, arguing from the start of the hearing that a lot of the material marked “committee confidential” should have been released to the public. At least two Democrats, Sens. Cory Booker of New Jersey and Mazie Hirono of Hawaii, released some of the classified material. (There was debate about whether they were really leaked after William Burck, the attorney representing Bush who was in charge of vetting the documents, said he had authorized the release of the documents before Booker posted them online early Thursday). 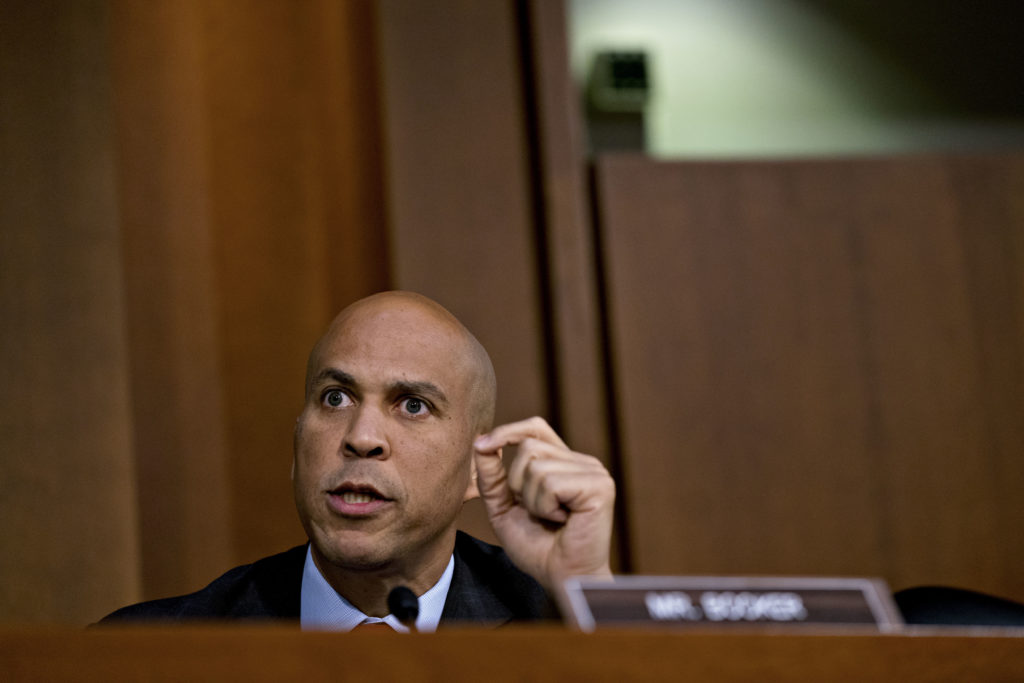 In the end, the dispute had no real impact on the hearing. Democrats made a strong case for shining more of a light on Kavanaugh’s past. And in dredging up some of the classified records, Democrats were able to raise questions about Kavanaugh’s views on issues like abortion and racial discrimination, and show how past comments and emails differed from the things he said during his testimony on Capitol Hill this week.

But Republicans controlled the committee and the process, and there was nothing Democrats could do to force their hand. Grassley, Burke and the White House could have released every document Kavanaugh produced in his entire career, spanning three decades in Washington and including stints working for independent counsel Kenneth Starr’s investigation into President Bill Clinton in the 1990s, his years in the Bush White House and 12 years as a federal judge on the D.C. Circuit Court of Appeals, and it would not have changed the outcome. If anything, it likely would have hardened the partisan divide around Kavanaugh’s nomination even more.

Who was the smartest lawyer in the room?

Kavanaugh. Democrats tried repeatedly over two days of questioning to force Kavanaugh to take a position on any issue. Some Republicans tried to spar with him as well. There were a few moments of substantive legal debate: Democratic Sen. Chris Coons of Delaware and Kavanaugh engaged in a lengthy back-and-forth on presidential power, for example. The conversation wasn’t completely lopsided: the Senate Judiciary Committee has numerous members with law degrees, and several served as state attorneys general.

But as Republican Sen. Thom Tillis of North Carolina noted at one point, in a barb aimed at his Democratic colleagues, many members seemed intent on trying to prove they were the smartest lawyer in the room. It was a futile exercise. Compared to the senators, Kavanaugh, a federal judge since 2006, had the firmest grasp of the law.

Who had the better performance, Booker or Harris? 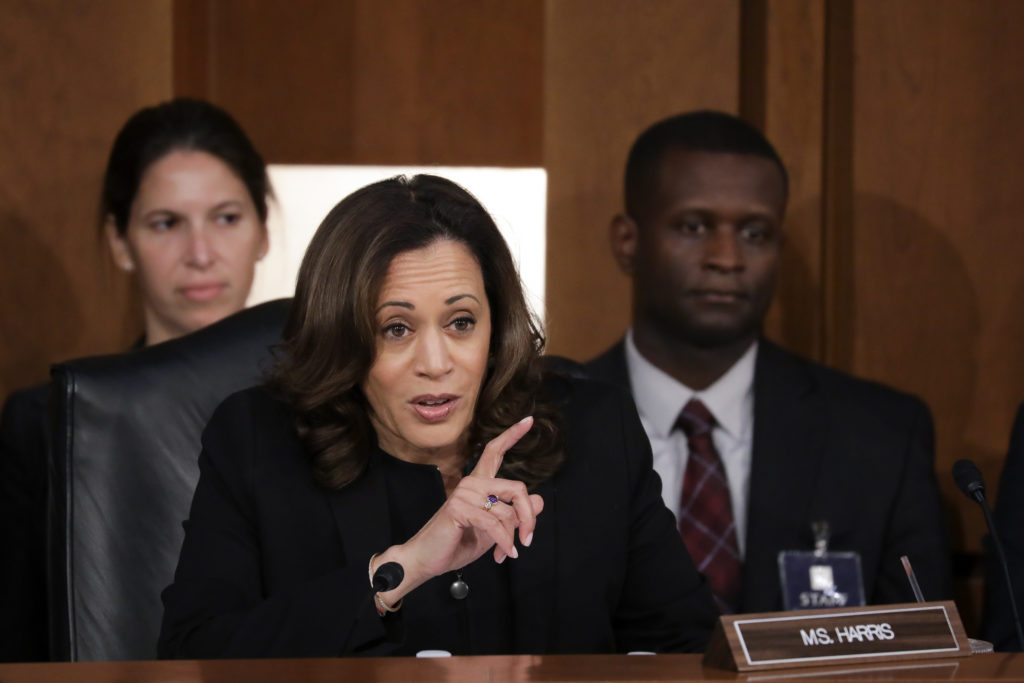 Probably Harris. As recent additions to the Judiciary Committee, Booker and Democratic Sen. Kamala Harris of California were among the final senators to speak or ask Kavanaugh questions on each day of the hearings. But they provided some of the more memorable moments, at least for Democrats watching with an eye to the 2020 election.

Booker and Harris are both rumored to be weighing runs for the White House, which gave their performances at the hearing the feel of auditions for the next Democratic presidential primaries. (Another Democrat on the committee, Sen. Amy Klobuchar of Minnesota, also makes most lists of potential White House hopefuls, but she was overshadowed by Booker and Harris, who both have larger national profiles).

Overall, Harris seemed more focused and better prepared than Booker. Her experience as the district attorney for San Francisco and attorney general of California showed in a memorable exchange with Kavanaugh about special counsel Robert Mueller’s Russia investigation, and another about abortion. Kavanaugh stumbled badly both times.

Booker made headlines by clashing with Republicans over Kavanaugh’s confidential records.

He also succeeded in putting Kavanaugh on the defensive about his past comments on race. But he appeared to ramble at times. At one point, Republican Sen. John Cornyn of Texas accused Booker of grandstanding because he was “running for president.” It was a good line, and one that may have hit close to home.

Left: The outcome was never really in question, but the confirmation hearing for Judge Brett Kavanaugh to join the Supreme Court was a spectacle, nonetheless. Photo by Chip Somodevilla/Getty Images.