Barr defended Mueller’s investigation. But a fight over the final report could get ugly

At his Senate confirmation hearing Tuesday, attorney general nominee William Barr distanced himself from President Donald Trump on the special counsel’s Russia investigation. But Barr, who served as attorney general in the early 1990s, also aligned himself closely with the president on immigration, suggesting that he would continue the policies put in place by his predecessor Jeff Sessions, who was fired as attorney general last year.

The last time Barr was nominated as attorney general, by President George H.W. Bush in 1991, he was confirmed by a voice vote. That won’t happen this time, but Barr’s confirmation is widely seen as a sure thing in the Republican-controlled Senate.

Here are takeaways from his confirmation hearing, and how Barr will tackle key issues going forward if he gets confirmed to lead the Department of Justice.

Breaking with Trump on the Mueller investigation

Barr unequivocally defended the Mueller investigation, assuring senators that he would allow the probe to be completed and would follow the special counsel regulations that block Mueller from being fired without “good cause.” “I would not carry out that instruction,” Barr said, when asked by Sen. Chris Coons, D-Del., if he would follow through on an order to fire Mueller without justification.

“I will not be bullied into doing anything that’s wrong. By anybody, whether it’s editorial boards, Congress or the president,” Barr said.

‘I will not be bullied into doing anything that’s wrong.’

At another point, under questioning from Sen. Patrick Leahy, D-Vt., Barr said it would be illegal for Trump to pardon someone in exchange for their promise not to incriminate him. “That would be a crime,” Barr said. And Barr said he did not think Mueller’s investigation was a “witch hunt,” the term Trump often uses to disparage the probe.

In breaking with Trump on the special counsel investigation, Barr presented himself as a steady Washington hand determined to restore independence to the Department of Justice after recent attacks from the president. But the focus on Barr’s willingness to stand up to the president — a topic that dominated his confirmation hearing Tuesday — underscored how worried many senators are about Trump’s relationship with the DOJ going forward.

Democrats repeatedly pressed Barr on how he would handle the special counsel’s final report. Mueller is required to present his findings to the Justice Department, and it would be up to Barr as attorney general to determine what to do with the report. Last week, Rudy Giuliani, one of Trump’s personal lawyers, said the president’s legal team should be given an opportunity to “correct” the report before it is shared with Congress and the public. The comment sparked concerns that Trump’s attorneys would try to change or suppress the report’s findings in an effort to protect the president.

“That will not happen,” Barr said Tuesday, when asked if the president’s legal team would change the report. 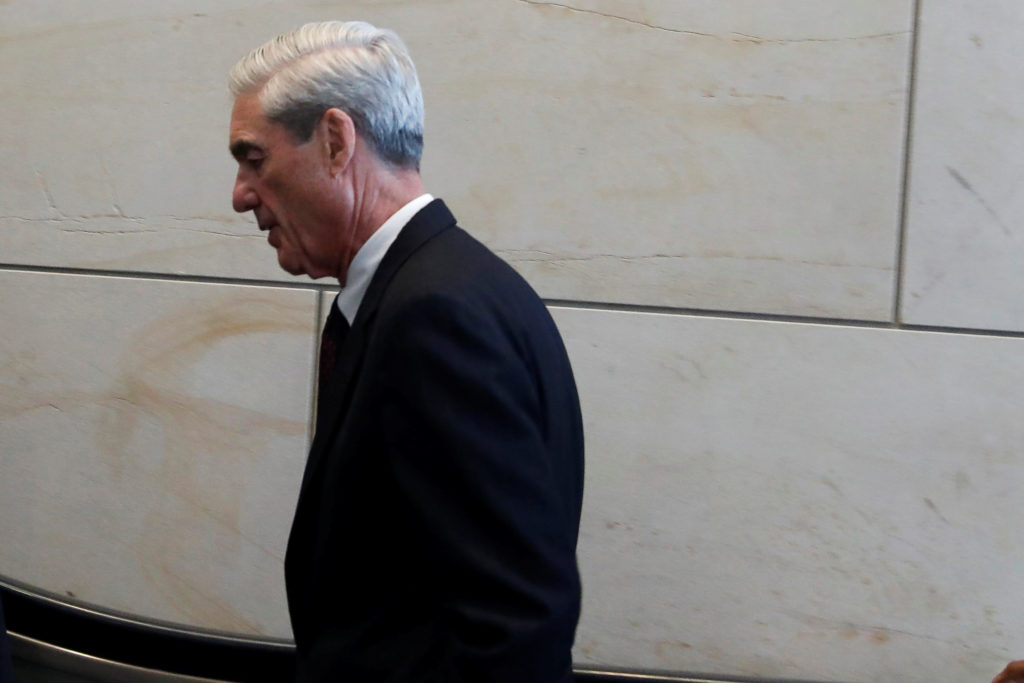 Barr said at his confirmation hearing he would not fire special counsel Robert Mueller without good cause. File photo by REUTERS/Aaron P. Bernstein

But Barr would not commit to sharing the full report with Congress and the public, a promise for which Democrats asked and were repeatedly denied. “I am going to make as much information available as I can consistent with the rules and regulations” for the special counsel probe, Barr told Sen. Dianne Feinstein, D-Calif., the Senate Judiciary Committee’s ranking member.

The comments left open the possibility that Barr could withhold parts of the report, a move that would set up a clash with Democratic lawmakers. But in a sign that Barr will also face pressure from Republicans, Sen. John Kennedy, R-La., joined Democrats Tuesday in calling for as much transparency as possible. Kennedy said he would “strongly urge” Barr to make the report public, adding, “if somebody did something wrong, they should be punished.”

Aligned with Trump on immigration

Barr aligned himself closely with the White House on immigration policy, signaling that he would support the president on his signature issue, even if he plans to distance himself from Trump when it comes to the Mueller investigation. On this topic, Barr’s views appear not to have changed much since his tenure as attorney general in the early 1990s, when he took a hardline position on illegal immigration.

READ MORE: Where William Barr stands on the issues, then and now

At the hearing, Barr said he believed the United States needed to curb illegal immigration, and believed a “barrier system” along the southern border would help — though he stopped short of endorsing Trump’s border wall.

“Legal immigration has historically been a huge benefit to this country,” Barr said, “but we cannot allow others to flout our legal system by crashing in through the back doors.”

Barr also said that drug trafficking between Mexico and the U.S. was a major issue. “To me it’s not just a law enforcement problem, it’s a national security problem,” Barr said. The line echoed Trump’s argument for a border wall, the sticking point in negotiations between the White House and Democrats over ending the government shutdown, now in its 26th day.

Barr’s position on immigration is also squarely in line with Jeff Sessions’ approach as attorney general. Under Sessions, the Justice Department instituted a “zero tolerance” policy for migrants entering the country illegally (though it later rolled it back), tried to limit asylum claims, and took others steps to slow legal and illegal immigration, some of which were rejected by the courts.

Barr acknowledged that the early 1990s were a “different time” for law enforcement, and that attitudes about crime — and especially nonviolent drug offenses — had changed since then. But he made no apologies for the tough-on-crime approach he took as attorney general, even when Sen. Cory Booker, D-N.J., said government data showed the policies worsened racial disparities in the criminal justice system.

“1992 was a different time,” Barr said, adding that violent crime was afflicting minority communities across the country. “My motivation was to provide safety for those neighborhoods.”

Left: William Barr is sworn in to testify at the start of his Senate Judiciary Committee confirmation hearing to be attorney general of the United States on Capitol Hill on Jan. 15, 2019. Photo by REUTERS/Jonathan Ernst/Pool