NEW YORK (AP) — Teen climate activist Greta Thunberg drew crowds on land Friday after her two-week sail across the Atlantic as the 16-year-old Swede led a protest march in front of the United Nations.

Hundreds of youth activists surrounded her, chanting, “Fossil lobbyists have got to go” and “It’s too hot!”

It was the New York edition of her weekly Fridays For Future, the student school strikes she has inspired in about 100 cities worldwide.

The teenager became a celebrity last year by playing hooky to encourage Swedish politicians to pay attention to what she calls “a war on nature.” 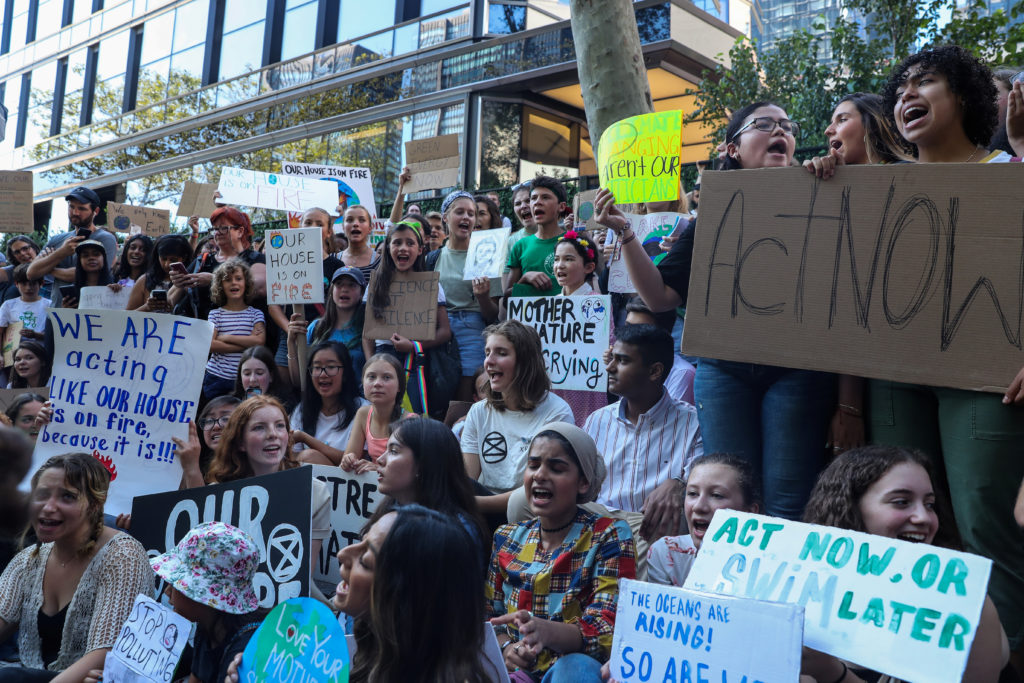 Next month, Thunberg is to speak at the U.N. Climate Change Summit.

The youthful activists, with a sprinkling of older ones, gathered Friday morning opposite the U.N. building in New York under a peace obelisk in Ralph Bunche Park.

When Thunberg arrived, she slipped behind her supporters, allowing them to be highlighted by a media horde.

The group then marched a half dozen blocks to Dag Hammarskjold Park, where they sat on the pavement for a moment of silence, some standing against a fence filled with greenery, hands held up in peace signs.