FORT MYERS, Fla. (AP) — Four years before Category 4 Ian wiped out parts of southwest Florida, the state’s Panhandle had its own encounter with an even stronger hurricane, Michael. The Category 5 storm all but destroyed one town, fractured thousands of homes and businesses and did some $25 billion in damage.

With damage from Ian estimated at several times that and the Fort Myers area beginning a cleanup that will be even larger than after Michael, the two areas are collaborating on a way forward as south Florida residents wonder what their area will look like in a few years.

Mayor Greg Brudnicki and other leaders from a rebuilt Panama City traveled to the southwestern coast this week at the request of Gov. Ron DeSantis to help officials plan a way forward. Keeping crews and trucks in the area to remove mountains of debris is job No. 1 because all other progress hinges on that, Brudnicki said, and that can mean obtaining loans as a bridge until federal reimbursement money shows up.

“You can’t fix anything until you get it cleaned up,” Brudnicki said.

Tiny Mexico Beach, which was nearly leveled by Michael in 2018, still has fewer structures and people than it did before the storm. The town’s mayor, Al Cathey, said one of the biggest challenges recovering from a natural disaster is fundamental: looking ahead, not back. 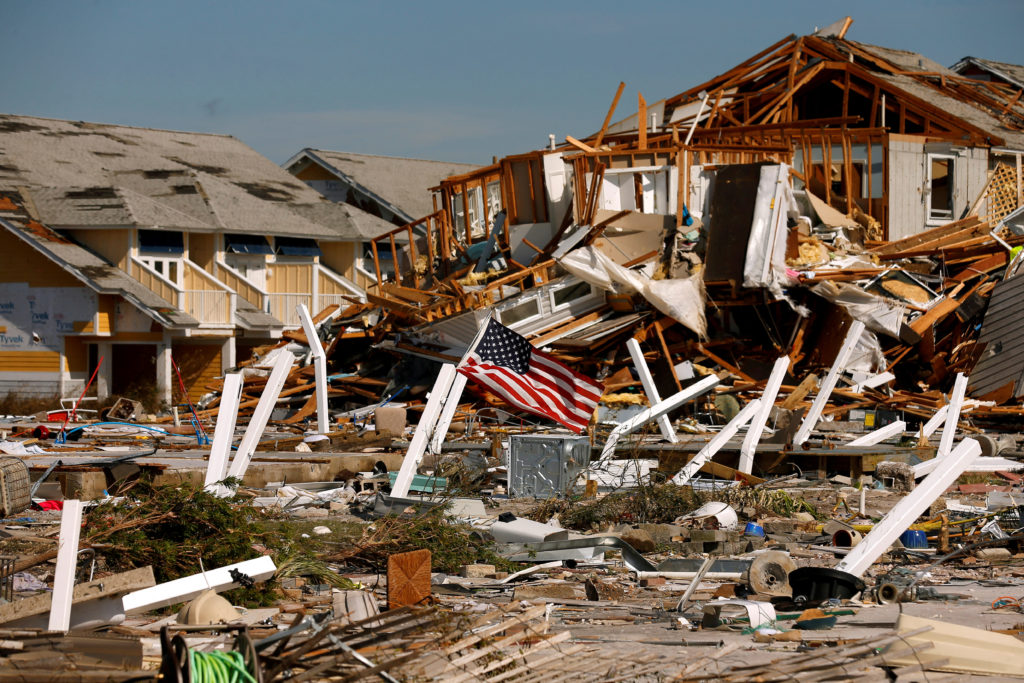 An American flag flies amongst rubble left in the aftermath of Hurricane Michael in Mexico Beach, Florida, U.S., Oct. 11, 2018. Photo by Jonathan Bachman/REUTERS

With little left in town after Michael, Cathey said, residents gathered daily at a portable kitchen to map out the way forward after the hurricane, and there was an unwritten rule.

“When we had our afternoon meetings at the food truck, all we talked about is, ‘What are we going to do tomorrow?’ — not what didn’t get done four days ago,” Cathey said.

Michael was blamed for more than 30 deaths. With more than 100 fatalities, Ian was the third-deadliest storm to hit the U.S. mainland this century behind Hurricane Katrina, which left about 1,400 people dead, and Hurricane Sandy, which killed 233 despite weakening to a tropical storm just before landfall.

Recovery will be more complicated in southwest Florida than it was in the Panhandle because of population, Cathey said. Bay County, which includes Panama City and Mexico Beach, has only 180,000 residents, while Lee County, where the Fort Myers area is located, is home to almost 790,000 people, many of whom are retirees.

Simply removing the boats that were thrown onto land around Lee County could take months, and there are the remains of homes and businesses scattered by 155 mph (250 kph) winds or flooded by seawater that surged miles inland along creeks and canals.

One of the damaged vessels and waterlogged homes belongs to Mike Ford, who is braced for a prolonged recovery that could change the character of the area.

The flooded-out mobile home park where Ford lives — one of hundreds of such communities in the region — would be better off as an RV park where people can come and go than as a permanent neighborhood, he said. Residents might be ripe for a buyout or conversion after Ian, particularly since he and others had to repair damage after Hurricane Irma in 2017.

“I’ve got enough money to rebuild, but I can’t see it because what I’ve (already) done is rebuild, and now this happened,” said Ford, who lost a valuable collection of guitars and Beatles records to Ian. “It kind of takes the wind out of you.” 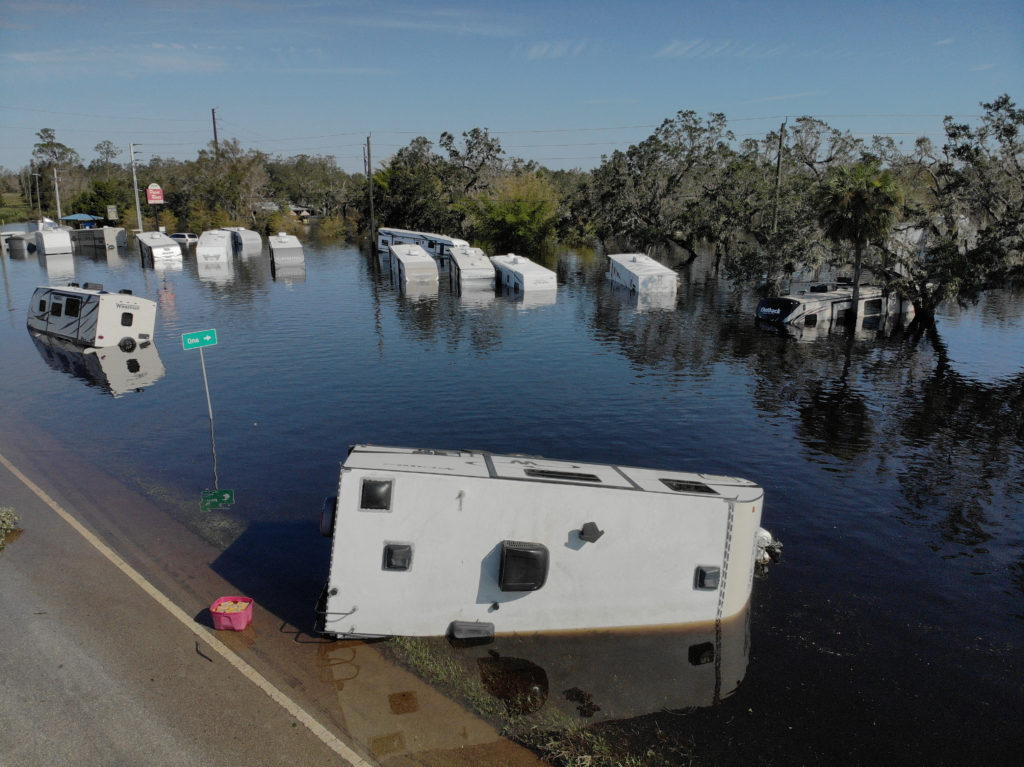 A neighbor of Ford’s, Chuck Wagner, said some people already are getting frustrated after Ian. Many southwest Florida residents are retirees who only live in the area half the year, spending the hot summers in the north, and they’re hearing that aid might not be available to part-time residents.

“Everything is up in the air,” he said. “It might take years. Who knows?”

Progress is measured in incremental steps. Over the weekend, officials announced that power had been restored to the first few homes on Fort Myers Beach, one of the hardest hit places. As of Sunday, FEMA had approved $420 million statewide for lodging and home repair assistance for residents unable to live in their homes following Ian.

In Mexico Beach, Tom Wood, 82, is proof that progress will happen — slowly and painfully.

His beachfront business, the Driftwood Inn, was blown apart and filled with ocean water when Michael made landfall with sustained winds of 160 mph (258 kph) on Oct. 10, 2018. Initially, he said, the only logical step seemed to be giving up.

But the storm passed and the Gulf still beckoned, Wood said, so he decided to rebuild. The new Driftwood Inn reopened in June with 24 rooms at its original location after a $13 million outlay and a lot headaches from insurance, government regulations and contractors.

Mexico Beach still desperately needs a grocery store to avoid the more than 10-mile (16-kilometer) drive to the nearest one, he said, and a pharmacy and more restaurants would be good. But looking back, Wood said, he believes he made the right decision to rebuild and hopes people in Fort Myers Beach do the same.

“I am so glad that we did it, not only us but for the town,” he said. “It just makes the town better, I think.”