The former Minneapolis police officer who was seen kneeling on George Floyd’s neck as the 46-year-old complained that he could not breathe before dying later in custody has been charged with third-degree murder and second-degree manslaughter.

According to a complaint filed Friday, Derek Chauvin placed his knee on Floyd’s neck for nearly nine minutes. Of that time, Floyd was not responsive for nearly three minutes.

READ MORE: What we know about George Floyd’s death in Minneapolis police custody

“Police are trained that this type of restraint with a subject in a prone position is inherently dangerous,” the complaint said.

Authorities in Minnesota announced Friday that Chauvin, one of four officers who was fired for their actions, was taken into custody.

Read the full complaint below. 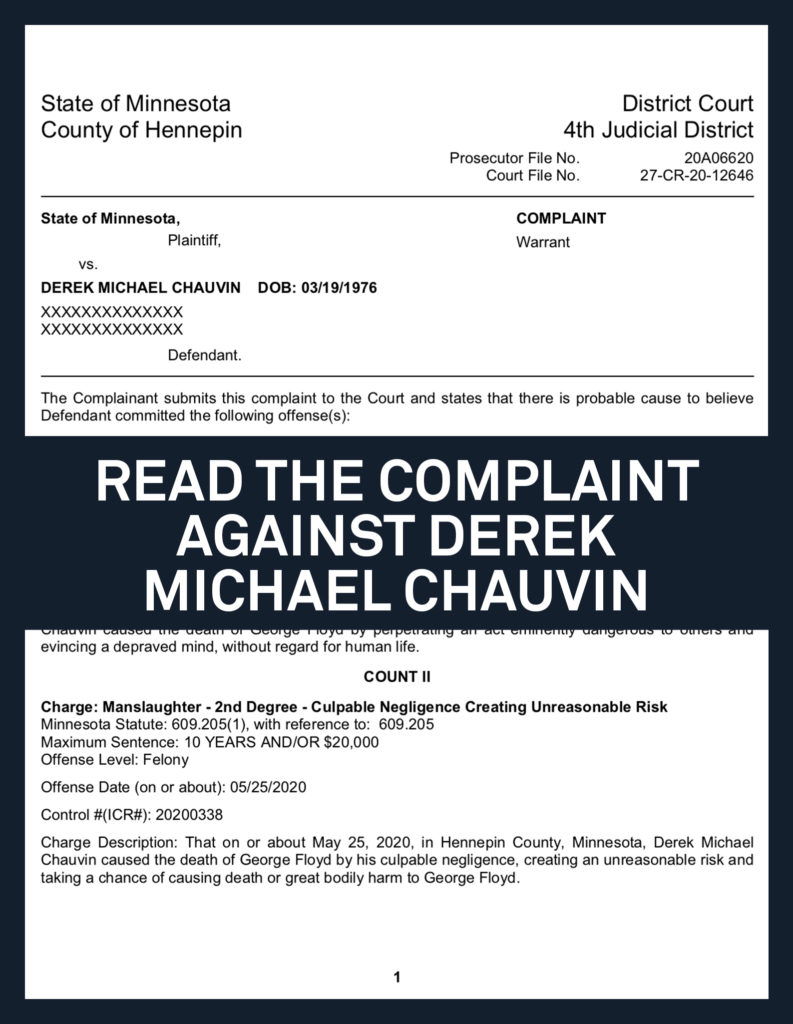 Left: People gather outside the Hennepin County Government Center to protest the death of George Floyd, an unarmed black man, arrested by police officers in Minneapolis, Minnesota, on May 28, 2020. Photo by REUTERS/Eric Miller