President Donald Trump has won the state of Missouri.

The Republican nominee on Tuesday was awarded its 10 electoral votes. 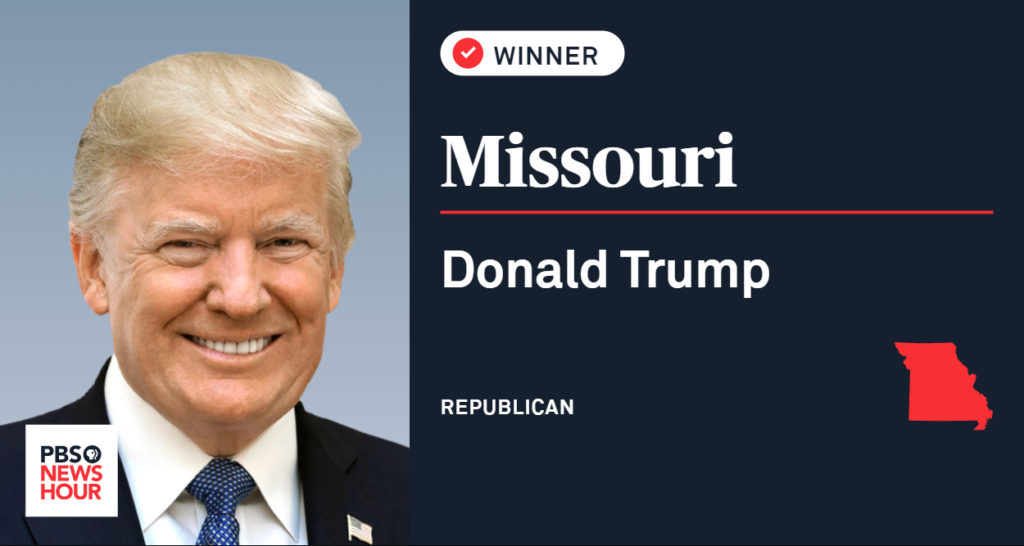 In 2016, Trump beat Democrat Hillary Clinton in the state by 18 percentage points.

Left: President Donald Trump speaks from the Rose Garden at the White House on Sept. 28, 2020. File photo by Carlos Barria/Reuters