The third day of public impeachment hearings produced damaging new testimony against President Donald Trump, including for the first time from witnesses who were listening on the pivotal July 25 phone call between him and the president of Ukraine.

One official, former U.S. special envoy to Ukraine, Kurt Volker, acknowledged that military aid to Ukraine was linked to an investigation into former Vice President Joe Biden, one of Trump’s chief political opponents in 2020. Another official who listened to the call between Trump and Ukrainian President Volodymyr Zelensky said it was “improper” for Trump to request a probe into Biden and his son, Hunter.

Here are some key takeaways from the hearings:

In his closed-door deposition last month, Volker said he was not aware that the hold on U.S. military aid to Ukraine was linked to the White House push for an investigation into the Bidens. But in his opening statement Tuesday, Volker made the connection. Volker said that he came to see that the two issues were linked, and that a push from Trump’s personal lawyer Rudy Giuliani for a probe of the Ukrainian natural gas company Burisma was “equivalent to investigating former Vice President Biden.”

“In retrospect, I should have seen that connection differently, and had I done so, I would have raised my own objections,” Volker said.

Volker was the first current or former U.S. official who testified in closed-door meetings with lawmakers in the impeachment investigation. On Tuesday, he claimed that his memory had been jogged after other witnesses spoke with House impeachment investigators. Democrats did not seem to buy the explanation that it took him months to realize there was a link between Burisma and Biden’s son Hunter, who served on the company’s board while his father was vice president. 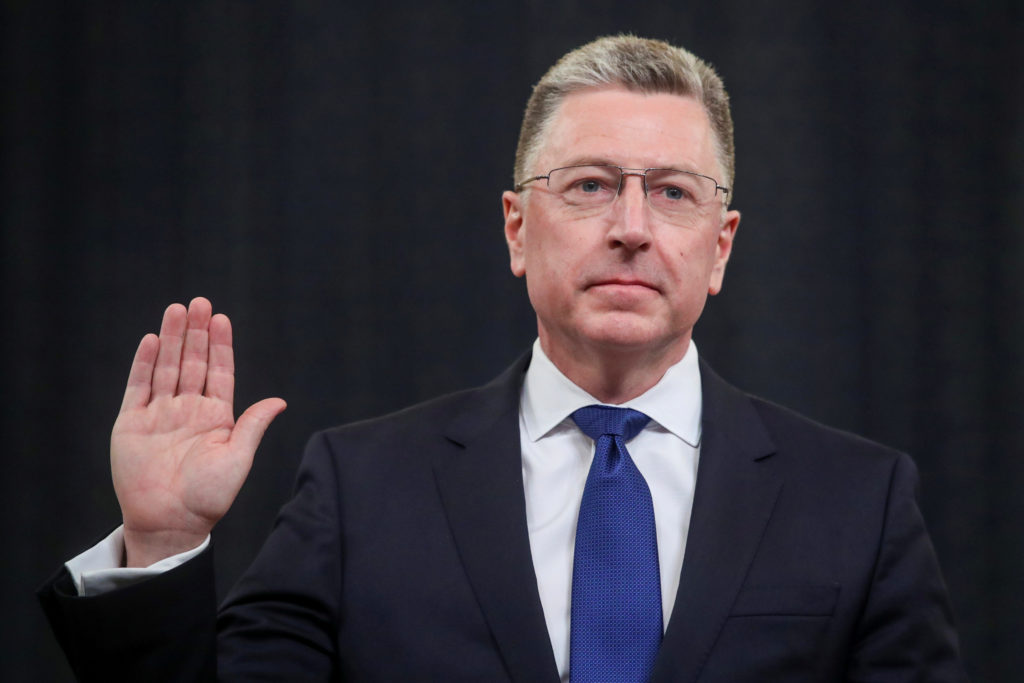 Former U.S. special envoy to Ukraine Kurt Volker is sworn in to testify before a House Intelligence Committee hearing as part of the impeachment inquiry into U.S. President Donald Trump on Capitol Hill on November 19, 1019. REUTERS/Jonathan Ernst

Volker is the second key impeachment witness to change their testimony. Gordon Sondland, the U.S. ambassador to the European Union, also amended his deposition to acknowledge that the hold on military aid was linked to the investigations.

Vindman provided Democrats with the soundbite they hoped for by criticizing Trump’s request for Ukraine to investigate the Bidens.

“It was inappropriate, it was improper for the president to request, to demand an investigation into a political opponent,” Vindman said.

Jennifer Williams, a special adviser to Vice President Mike Pence on Europe and Russia, said Trump’s reference to Biden in the July 25 call “sounded political.” Williams, who like Vindman listened to the call, said the conversation was different than other calls she’d heard between Trump and other foreign leaders.

The statements were damning for Trump. Republicans tried to contain the damage by noting that Vindman and Williams had different recollections of the call.

“An impeachment inquiry is supposed to be clear, it’s supposed to be obvious and overwhelming,” said Rep. John Ratcliffe, R-Texas, one of Trump’s staunchest defenders in the House. He added that Democrats have failed to present “a clear and compelling basis to undo 63 million votes and remove a president from office.”

So far, Americans are split on the issue, which isn’t a good sign for Democrats, who would have to sway a number of Republicans. In a new poll from the PBS NewsHour, Marist and NPR released Tuesday, 45 percent of American adults said they support impeaching the president and removing him from office; 44 percent said they don’t support the investigation. Those numbers remain largely unchanged from late September, when Democrats formally launched the impeachment inquiry.

Was Vindman attacked for being an immigrant?

Vindman offered moving testimony about his family fleeing the Soviet Union in search of a better life in the United States. Vindman is a decorated veteran, and both of his brothers also served in the armed forces.

Faced with a witness testifying in uniform, Republicans appeared to try to undercut his image as a career military officer by focusing on the fact that he was born outside of the U.S. Stephen Castor, the House Republican counsel, noted that a senior Ukrainian official repeatedly offered Vindman a job as Ukraine’s defense minister. Vindman said he “immediately dismissed these offers.”

“I am an American. I came here when I was a toddler,” he said, adding that he found the offers “comical.”

The White House piled on. A tweet from the official White House account attacked Vindman during his testimony by noting that Tim Morrison, a former senior National Security Council official who testified Tuesday, had concerns about Vindman’s judgement.

The line of questioning from Republicans, and the official White House tweet, drew sharp criticism on social media and from Democrats on the House Intelligence Committee. Rep. Raja Krishnamoorthi, D-Il., said Vindman’s family represented “the very best of America.”

New details about the July 25 call

There were no major revelations about the call that sparked the impeachment probe, but the accounts provided some interesting new details. 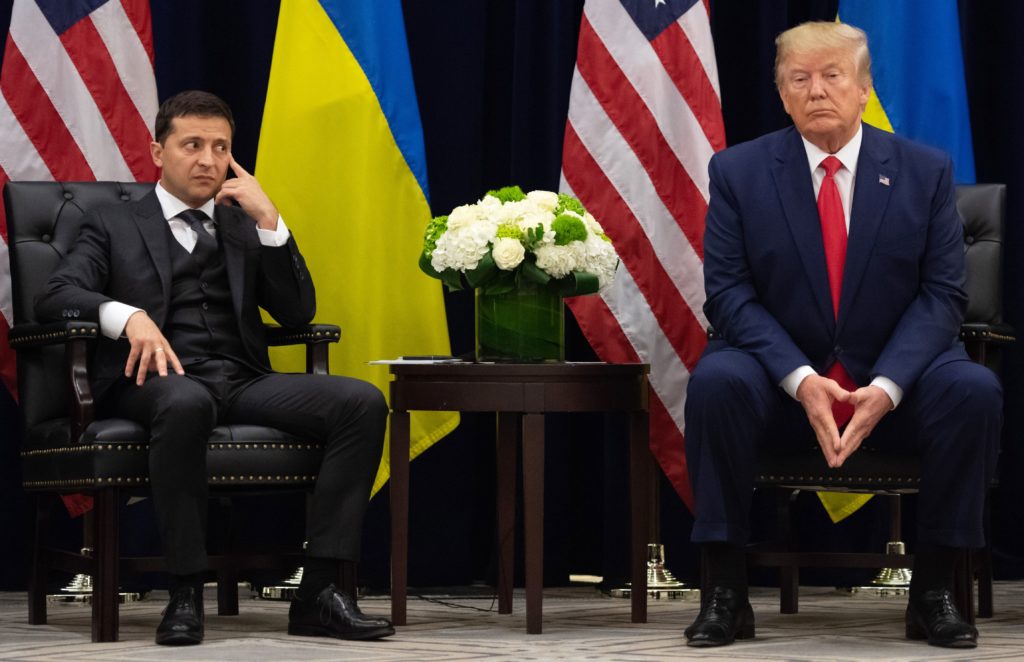 But Vindman and other witnesses did not criticize the White House decision to place the notes of the call on a highly classified server. “I didn’t take it as anything nefarious. I understood that they want to keep it to a small group,” Vindman said.

Morrison offered a slightly different account. He said that the National Security Council’s senior counsel told him the notes were more highly classified as the result of a “mistake.” “It was an administrative error,” Morrison said. He added that he had requested access to the call notes be limited because he believed they would be politically damaging, not because he thought they showed Trump had acted improperly.

Under questioning from Democrats, Vindman said the national security community and officials from the Departments of State and Defense were all uniformly opposed to the U.S. withholding nearly $400 million in military aid from Ukraine. None of the other officials who testified Tuesday defended the decision to withhold the aid, which included lethal weapons to arm Ukraine in its long-running war with Russia.

Republicans argued that the fact the aid was temporarily withheld is irrelevant because it was eventually approved. The claim is a central part of the GOP’s defense of the president. But Republicans have not addressed the timing. The aid was released just two days after Democrats launched a probe into Trump’s Ukraine policy and Giuliani’s activity in the country.

Instead, they’ve stuck to attacking the process of the investigation. Democrats have accused Republicans of avoiding the substance. But right now, Republicans have no incentive to do so, and likely won’t change tactics unless public opinion starts breaking against the president.