It’s easy to imagine what this year’s Inauguration Day might look like outside of the coronavirus pandemic.

Tens of thousands would gather on the National Mall to catch a glimpse of the day’s festivities to mark the swearing in of President-elect Joe Biden and Vice President-elect Kamala Harris.

Among the crowd, Black women representing the oldest African-American sorority, Alpha Kappa Alpha, would flaunt the group’s signature pink and green colors and pearl necklaces to celebrate the ascension of their sorority sister to the vice presidency. They would be joined by other members of Black Greek-letter organizations to cheer and dance in spite of the winter cold.

COVID-19 — and heightened security measures following the deadly Jan. 6 attack on the U.S. Capitol — forced those gatherings to be scaled back and go mostly virtual.

But there remains “a tremendous and profound sense of excitement and pride” not only around Harris’ role as the first woman, first Black and first Asian vice president, but also her ties to Black Greek-letter organizations and historically Black colleges and universities, influential segments of Black America that have been a driving force in politics.

“This sense of pride that [Black Greek] members feel to see a member of their own organization ascend to this position and be elected, it is a reminder of what it took for these organizations to not just be created and to sustain, but also the power of challenging the erasure of women’s leadership,” said Khalilah L. Brown-Dean, associate professor of political science at Quinnipiac University and, like Harris, an Alpha Kappa Alpha sister.

Between the early to mid-1900s, Black college students created a network of sororities and fraternities known as the “Divine Nine.” Alpha Kappa Alpha, or AKA, was founded in 1908 at Howard University in Washington, D.C. Harris pledged AKA as a Howard student in the 1980s.

Coming off a presidential election during which Black voters, especially Black women, played a consequential role in Biden’s victory, Harris’ new position is a notable achievement. Black sororities and fraternities were first founded as a way to subvert exclusion from mainstream collegiate institutions. Now one of their members will occupy one of the country’s most powerful seats, in the nation’s highest institution, from which women and largely people of color have been excluded since the nation’s founding.

PBS NewsHour spoke with historical and political experts to discuss the creation of these organizations, their role in Black civic engagement and the meaning of Kamala Harris’ vice presidency to them. The interviews have been edited and condensed for clarity.

The creation of Black Greek-letter organizations

Theodore R. Johnson, senior fellow at the Brennan Center for Justice: “These organizations were founded in the early 20th century, mostly because Black students were not permitted to join white Greek letter organizations that were in existence at the time. And of course, the schools were segregated. The universities were segregated. Housing was segregated. So even as Black students were able to go off to colleges, they could not go to colleges in many cases with white students, but they still wanted the college experience.”

Gregory Parks, professor of law at Wake Forest University: “Noted African-American historian Rayford Logan — who was a history professor at Howard [University] for many decades … discussed the period between Reconstruction and early 20th century as ‘the nadir,’ the low point of American race relations that was dominated by the rise of the Ku Klux Klan lynchings, terror, intimidation and disenfranchisement. And so this is the environment in which these organizations, for the most part, came into existence.”

Khalilah L. Brown-Dean, associate professor of political science at Quinnipiac University: “My sorority, Alpha Kappa Alpha, was founded on the campus of Howard University. And although Howard is a premier historically Black college and university that has long educated Black students, at the time that Alpha Kappa Alpha was created, less than 25 Black women were earning degrees from that university. So even in a space dedicated to the scholastic achievement of Black communities, women were underrepresented.”

Johnson: “At the time that they were founded, only those at the upper tier of Black American society were able to go off to college. … So you get this segregated experience in college seeking out the educational social opportunities that white students had access to, but only a small subset of Black Americans being able to access it, which tended to be sort of the higher sections of the middle class.” 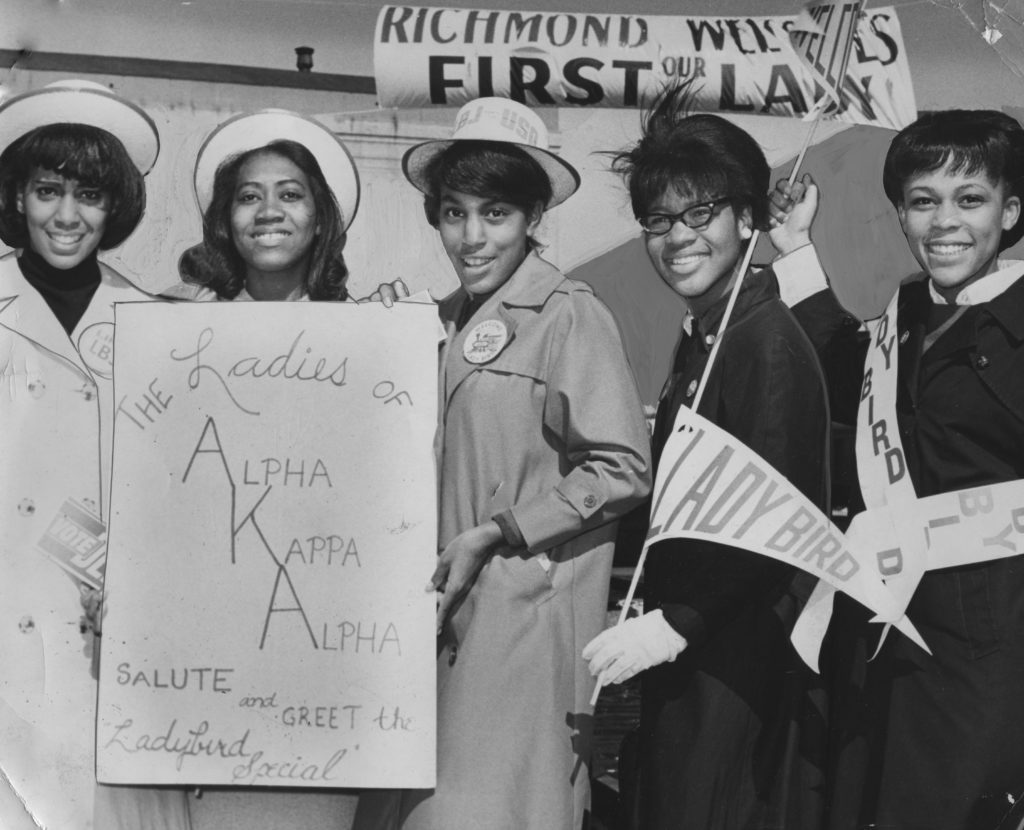 Brown-Dean: “These Black collegiate students said ‘we are going to create organizations that provide leadership opportunities, that provide networking spaces and that are committed to lifelong service.’ That’s what distinguishes the historically Black fraternities and sororities from others. Membership doesn’t end at graduation. It is really about a lifelong commitment to service.”

Marcia Chatelain, professor of history and African American studies at Georgetown University: “People who were in Greek-letter organizations were able to rise through the ranks because they had a formal education and often access to circles of power that had long been designed to exclude African-Americans. I think what people don’t understand about the Greek tradition is that for a very long time in our nation’s history, African-Americans always [had] these kind of dual spaces of accountability — accountability to themselves and their immediate families, as well as accountability to the larger community and how you’re going to use your access for the greater good.

“And so, you know, Kamala Harris being in a sorority in college at Howard University is not just about her decision to join a club. It is about her understanding that it’s part of a long tradition of service that really undergirds the formation and the substance of these organizations.”

Parks: “If you look at their history [around the 1920s], and even in the 30s you see philanthropic efforts and some community engagement. But by the late 30s, and certainly by the 40s, [the sororities and fraternities] sort of see themselves as organizations that can serve and uplift the community as effectively through advocacy work and through civic engagement.”

Johnson: “It gives you a network of people when you leave Atlanta and go to Cleveland or Chicago or Detroit or New York or Jersey or Boston. … You arrive with a connection and the social advantages of that sort of began to spread across the country as Black people spread across the country and it becomes a status symbol within Black communities. Not only are you communicating that you’re educated at a time when lots of Black folks didn’t go to college, but you’re also communicating that you’re economically upwardly mobile.”

A history of political organizing and civic engagement

Chatelain: “Black Greek-letter organizations, I think, have always been grounded in politics. They had to organize to advocate for their treatment on predominantly white campuses. They had to be part of the movement for gender equity on historically Black college campuses. They also were part of a generation of Black students who got involved in a number of movements. Think about the role of Delta Sigma Theta and Alpha Kappa Alpha in women’s suffrage, in the fight against lynching. After a lot of Black college graduates finished college, they went on in their local communities and get further immersed in Black politics.”

Parks: “A big focus starting around the 1930s for these organizations was educating African-American voters about their right to vote and getting them to exercise their franchise rights of voting. Then the next stage you saw, with a rising number of African-American men going to and graduating from law school, a new tool of civil rights litigation.”

READ MORE: Trump will be remembered as one of the worst U.S. presidents, nearly half of Americans say

“If I can bring it full circle to Alpha Kappa Alpha, by early 1940s, late 1930s, you see the sorority create the Non-Partisan Council, which was the first sort of full-time lobbying effort of Congress and putting pressure on the executive branch to pass civil rights legislation and to enforce civil rights laws that were on the books. And then by 1948, the Non-Partisan Council had disbanded and something new took its place, the American Council on Human Rights.”

Johnson: “For as long as there’s been such a thing as African-American politics, Black women have really been the backbone of that engagement and the mobilization that’s attached to voting and registration and community involvement.” 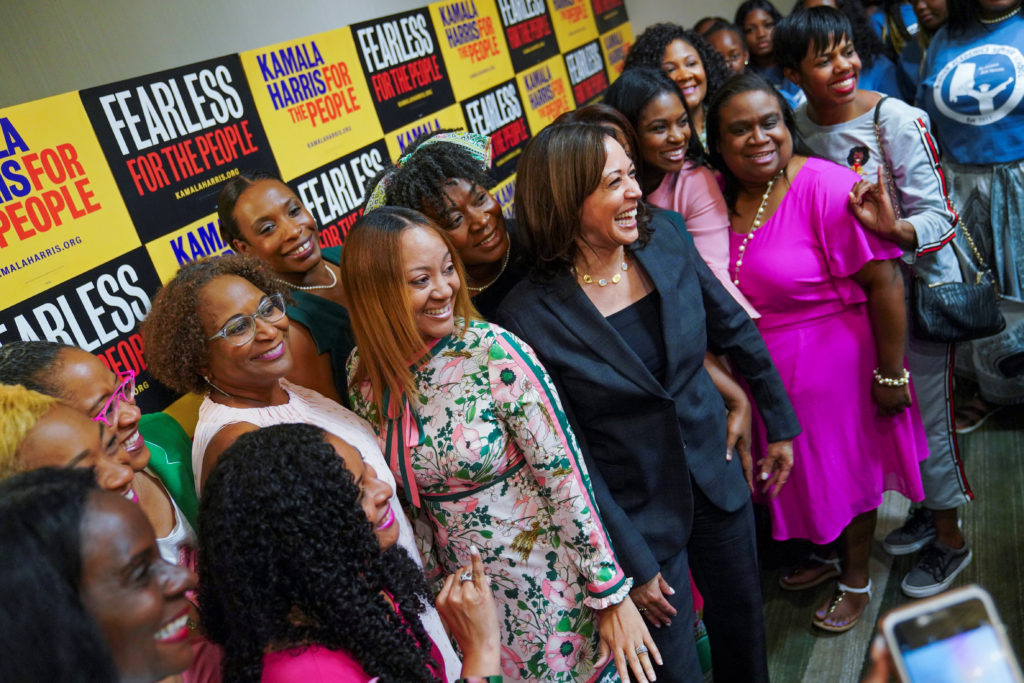 Parks: “Vice President-elect Harris’ place in the administration and in the White House, I think, sends a very positive signal to African-Americans, to Asian-Americans, to women. … I also think it’s a real opportunity for these [Black] organizations and institutions not to simply benefit, but also to galvanize and mobilize those within their reach to make real positive change in America.”

Johnson: “In political science, we often talk about this concept called descriptive representation, which is basically when an elected official shares some identifying characteristics with a certain set of constituents. So when it comes to Black folks, Black Americans are more likely to vote for Black elected officials who are Democrats than they are for other officials. They vote at higher rates in terms of turnout, and they usually give more of their support because that descriptive representation signals a level of solidarity.”

“So what she adds is descriptive representation, not just as a Black woman, but as an HBCU alum and as a member of a Black Greek-letter organization.”

Brown-Dean: “This sense of pride that [Black Greek] members feel to see a member of their own organization ascend to this position and be elected, it is a reminder of what it took for these organizations to not just be created and to sustain, but also the power of challenging the erasure of women’s leadership.”

“There is a tremendous and profound sense of excitement and pride that I feel because I know what it took for her to get there. I know what it takes for Black women and girls every day to succeed. … And yes, on Inauguration Day, I will wear my pink and green. I will wear my pearls and then the day after inauguration continue to do what we always do: put in the work.”

Chatelain: “A Black woman in that position of power is a culmination of years of struggle and years of strategizing and years of political savvy. I think what is still left to be seen is that as Black women’s voices have gotten stronger and their positions in politics have gotten more pronounced, has our larger cultural and social context evolved to really respect and appreciate Black women’s contributions? And I think that’s the big question of this moment.”

Join our Inauguration Day broadcast special starting at 10 a.m. ET, on YouTube or through your local PBS station (check your local listings). Watch our livestream of events throughout the day. Check out our live updates for ongoing coverage of the day’s events, plus dispatches from our reporters in the field. Follow us on Twitter, Facebook and Instagram for the day’s top moments.