Headwinds for Trump in bid to repeat Upper Midwest victories

WASHINGTON — President Donald Trump is making a late reelection pitch to voters Saturday in Michigan and Wisconsin, states in the Upper Midwest that were instrumental to his 2016 victory but may now be slipping from his grasp.

He’s facing headwinds not only in national polling, which shows Democrat Joe Biden leading, but also in battleground surveys.

The Trump campaign has largely retreated from the TV advertising in the Midwest, shifting much of its money to Sun Belt states such as Florida, North Carolina, Arizona and Georgia, as well as Pennsylvania.

Trump scheduled events in Muskegon, Michigan, and Janesville, Wisconsin, and stops Sunday in Nevada and Monday in Arizona as the Nov. 3 election nears.

The president continues to be dogged by his handling of the coronavirus pandemic. 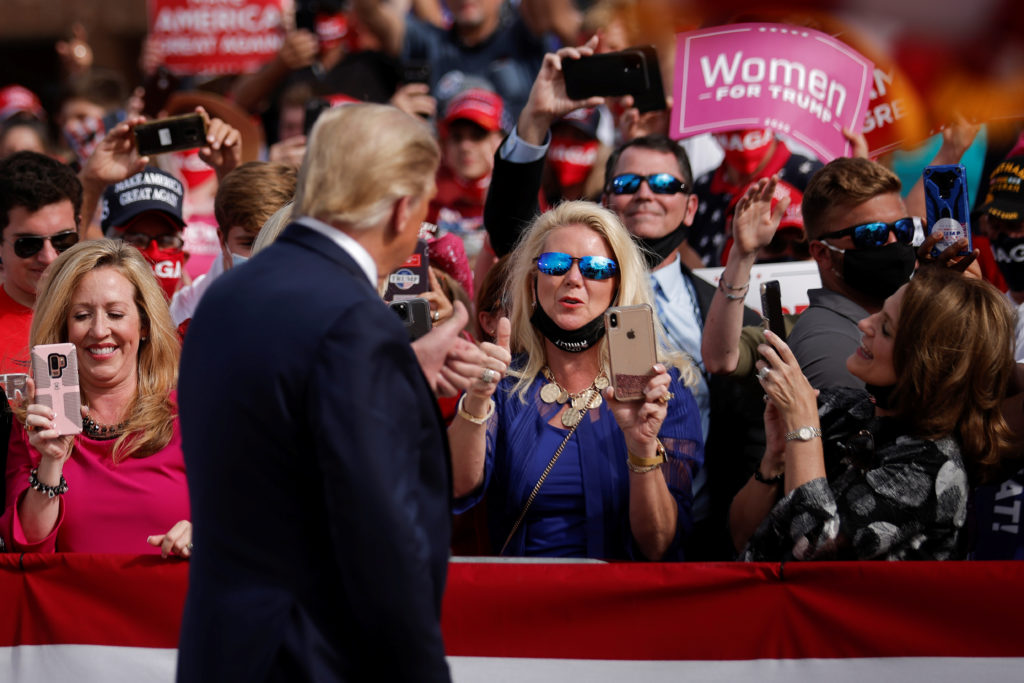 Wisconsin broke the record for new positive coronavirus cases on Friday — the third time that’s happened in a week. The state also hit record highs for daily deaths and hospitalizations this past week.

Biden had no public events planned for Saturday. But in a memo to supporters, campaign manager Jen O’Malley Dillon warned about becoming complacent.

“The reality is that this race is far closer than some of the punditry we’re seeing on Twitter and on TV would suggest,” she wrote in the memo, a copy of which was obtained by The Associated Press. “If we learned anything from 2016, it’s that we cannot underestimate Donald Trump or his ability to claw his way back into contention in the final days of a campaign, through whatever smears or underhanded tactics he has at his disposal.”

Trump is keeping up an aggressive campaign schedule despite his own recent bout of coronavirus, which hospitalized him for several days.

The difficulty of securing a second term was apparent Friday when Trump campaigned in Georgia. No Republican presidential contender has lost the state since 1992, but polling shows Trump and Biden in a tight contest. Trump also has had to court voters in Iowa, which he carried by almost 10 percentage points four years ago. 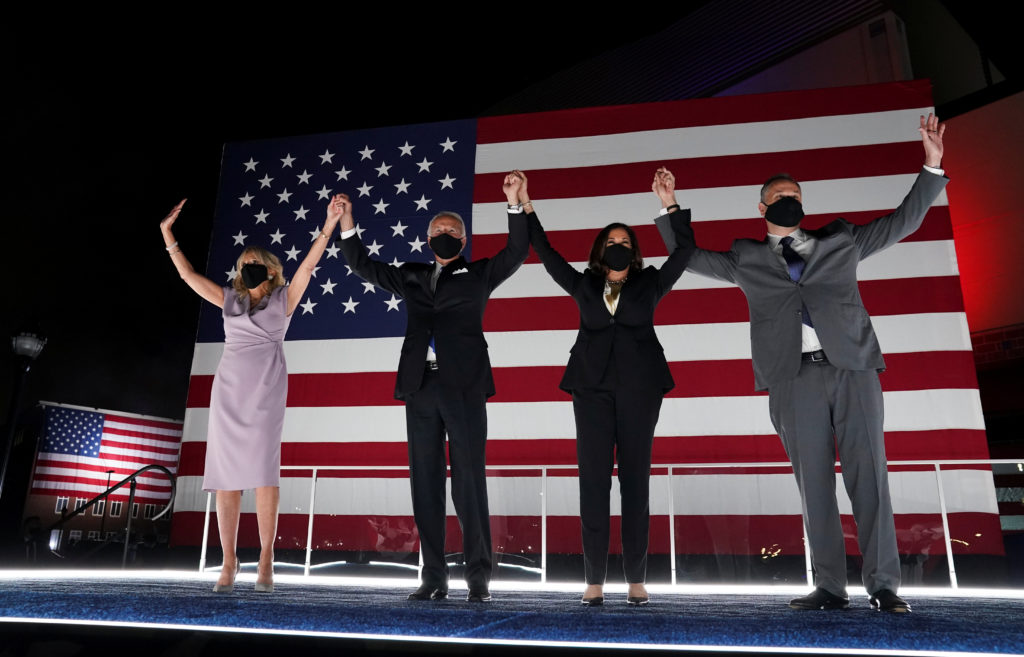 Democratic presidential candidate and former Vice President Joe Biden, his wife Jill Biden, U.S. Senator and Democratic candidate for Vice President Kamala Harris and her husband Douglas Emhoff celebrate after Joe Biden accepted the 2020 Democratic presidential nomination during the 4th and final night of the 2020 Democratic National Convention, as participants from across the country are hosted over video links from the originally planned site of the convention in Milwaukee, Wisconsin, U.S. August 20, 2020. Photo by Kevin Lamarque, Reuters.

The latest campaign fundraising figures from the Trump team suggest he’s likely the first incumbent president in the modern era to face a money disadvantage. After building a massive cash edge, his campaign spent lavishly, while Biden kept expenses low and benefited from an outpouring of donations that saw him raise nearly $1 billion over the past three months. That gives Biden a massive cash advantage with just over two weeks to go before the election.

In the hours before his rallies on Saturday, Trump focused on settling a score with a member of his own party, Republican Sen. Ben Sasse of Nebraska.

Referring to him as “Little Ben Sasse,” Trump tweeted that the senator was a “liability to the Republican Party, and an embarrassment to the Great State of Nebraska.”

The series of tweets came after Sasse told constituents during a telephone townhall on Wednesday that Trump has “flirted with white supremacists,” mocks Christian evangelicals in private and “kisses dictators’ butts.”

Sasse, who is up for reelection this year in the strongly Republican state, went on to criticize the president’s handling of the coronavirus and said Trump’s family has treated the presidency “like a business opportunity.”

Trump twitter broadside blasted Sasse as “the least effective of our 53 Republican Senators, and a person who truly doesn’t have what it takes to be great.”

Sasse’s spokesman, James Wegmann, tweeted in response that Sasse is focusing on helping Republicans retain their Senate majority — it’s now 53-47 — and “he’s not going to waste a single minute on tweets.”