President Donald Trump wasted little time in proclaiming his innocence Friday after one of the most important days in the special counsel investigation into Russian interference in the 2016 election.

“NO COLLUSION!” Trump added in a tweet Saturday morning.

But in fact, the court papers offered new evidence of contacts between Russia and Trump’s campaign, and signaled that Cohen provided valuable information to Mueller’s team. Federal prosecutors in New York also said for the first time that Trump was directly involved in campaign finance law violations carried out by Cohen.

In a separate court filing Friday, prosecutors for the special counsel provided evidence that former Trump campaign chairman Paul Manafort repeatedly lied to investigators — including about his businesses connections in Russia and Ukraine — after agreeing to cooperate with the probe.

Cohen has been selective about his cooperation

Cohen has cooperated more fully with the special counsel than he has with the investigation in the Southern District of New York. The different levels of cooperation in each case, laid bare in the court filings Friday, provide the clearest picture yet of how Cohen chose to protect himself over the president — a decision that may have helped him but potentially exposed Trump to greater legal risk.

The court filings detail Cohen’s two-pronged strategy. He has met twice with prosecutors from the Southern District of New York, and provided some information about the crimes he was charged with, federal prosecutors said. But unlike witnesses who choose “full cooperation,” they said, Cohen “repeatedly declined to provide full information about the scope of any additional criminal conduct in which he may have engaged or had knowledge.”

In contrast, Cohen met with attorneys from Mueller’s team seven times. In the first meeting, in August, Cohen repeated false statements he had previously made to Congress about a planned Trump Tower project in Moscow, special counsel prosecutors said in their court filing. (Cohen recently revealed negotiations over the project continued through June 2016, farther into Trump’s presidential campaign than he had previously told congressional lawmakers). But in subsequent meetings, Cohen willingly discussed “core topics under investigation” by the special counsel and “committed to continuing to assist” with the investigation, prosecutors said.

“It’s very unusual that someone thinks they can cooperate on some things but not others.”

“It’s very unusual that someone thinks they can cooperate on some things but not others. I’ve never seen that before,” Akerman said.

Federal prosecutors in New York said Cohen waited until he was “under imminent threat of indictment” in the case before cooperating with the special counsel investigation. The timing was an attempt to get a shorter sentence, the prosecutors said. If true, the approach appears to have worked. In return for cooperating with the special counsel probe, Mueller’s team did not ask to add to the Southern District of New York’s sentencing recommendation for Cohen, instead writing that he serve any sentences he receives concurrently.

“Concurrent is a low as he can go,” Peter Zeidenberg, a former Department of Justice attorney who worked on special counsel investigations, said of the Mueller team’s request for Cohen. “It means he’s getting a pass from Mueller.” 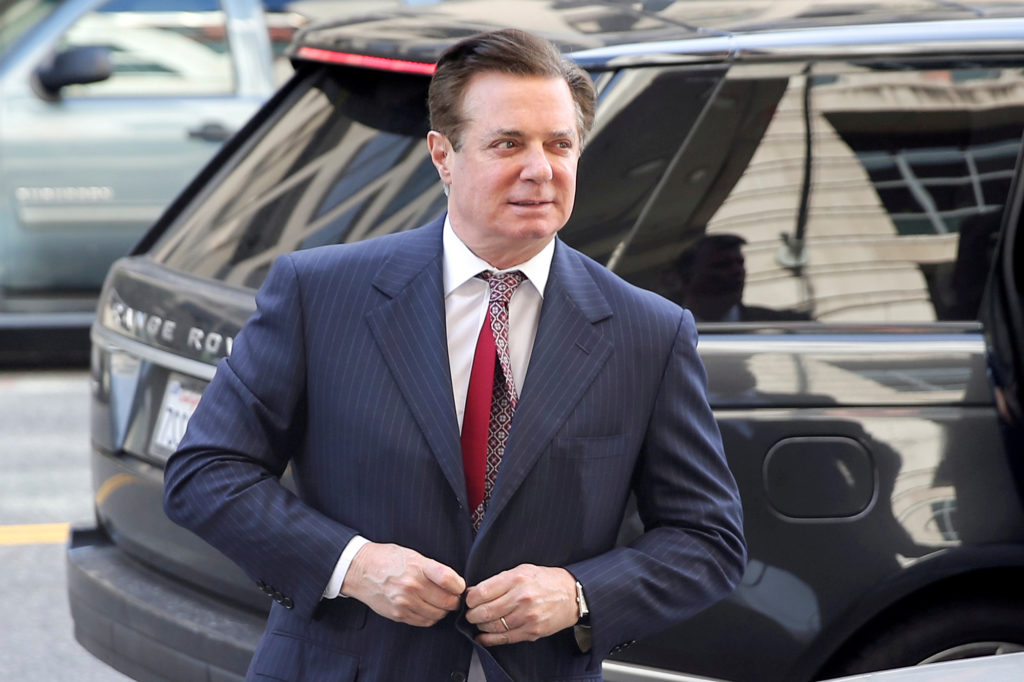 Manafort’s cooperation, according to Mueller, has been fraught almost from the start. Trump’s one-time campaign chairman “lied in multiple ways and on multiple occasions” over the course of 12 meetings with the special counsel’s team. The lies spanned five key subjects, including about whether Manafort was still in touch with members of the Trump administration after the president took office. “These were not instances of mere memory lapses,” Mueller wrote.

Mueller argued in his court filing that the lies effectively dissolve the plea agreement Manafort agreed to in September. This means the Department of Justice will likely not ask for a more lenient approach to two sentencings — in February and March of next year — Manafort faces for his previous indictments. It could also open him up to new charges.

Mueller signals he has valuable information on Russia, Trump

The special counsel’s leniency with Cohen is a strong indication that he may have helped establish possible links between Russia and Trump’s 2016 campaign.

Special counsel prosecutors said in the court filing that Cohen told them about contacts between the Trump Organization and “Russian interests during the course of the campaign.”

Cohen acknowledged talking with Trump about setting up a meeting with Russian President Vladimir Putin in the fall of 2015.

Prosecutors also said Cohen acknowledged talking with Trump about setting up a meeting with Russian President Vladimir Putin during the United Nations General Assembly in the fall of 2015. Special counsel prosecutors said Cohen had made “misleading statements” in the past, including during a radio interview, about Trump’s involvement in planning a meeting with Putin on the sidelines of the UN event. But the special counsel prosecutors said Cohen told them he talked with Trump about “contacting the Russian government” to see if there was interest in brokering a meeting with Putin. 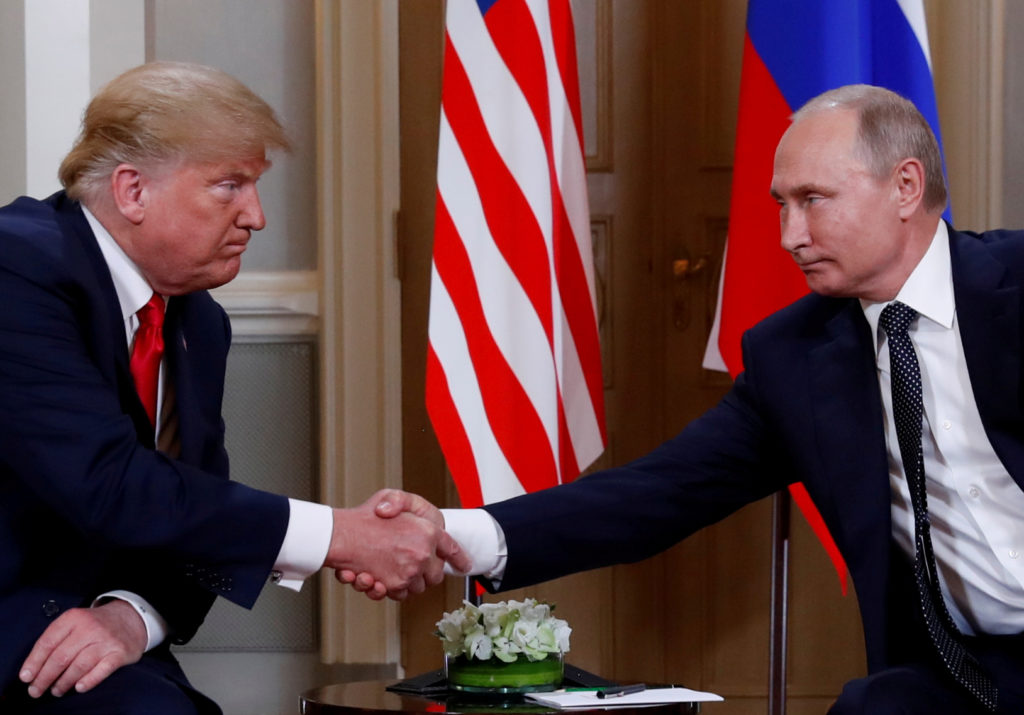 The meeting never happened. But the discussion about it between Trump and Cohen, outlined in a footnote in the special counsel’s court filing, appears to show evidence of the earliest known instance of Trump, as a presidential candidate, expressing interest privately in arranging a sit-down with the Russian leader.

Mueller’s team did not divulge many details of its conversations with Cohen on Russia. But through references to efforts to set up a Trump-Putin meeting in 2015; the conversations between the Trump Organization and Russian government officials about a proposed project in Moscow that lasted well into the 2016 election; and other contacts between the Trump campaign and Russia, special counsel prosecutors laid out evidence that could suggest they are building a case for collusion.

‘Anybody who says there’s no conspiracy and no evidence, [the new court filings] totally undermine that.’

In a crucial line in the court filing, the special counsel said Cohen provided “useful information concerning certain discrete Russia-related matters core to its investigation.” Prosecutors did not say more, leaving Trump and his attorneys to guess at what those Russia-related matters might be. They did add that Cohen got the information through “regular contact” with top executives in the Trump Organization during the 2016 election.

The passage “basically says it all. You can’t get much more direct than that,” said Akerman, who served on the Watergate special prosecutor’s team. “Anybody who says there’s no conspiracy and no evidence, [the new court filings] totally undermine that.”

Federal prosecutors in the New York investigation implicated Trump directly in a crime: making illegal payments to two women during the 2016 election to prevent them from going public with stories of alleged affairs.

The scheme was well known before Friday’s court filing. Cohen orchestrated payments of more than $100,000 apiece to Karen McDougal, a one-time Playboy bunny, and Stephanie Clifford, an adult film star known as Stormy Daniels, in exchange for their silence near the end of the election about their alleged affairs with Trump. The payments, which were intended to influence the outcome of the election by helping Trump avoid embarrassing scandals, violated campaign finance laws that set limits on individual and corporate campaign contributions.

Cohen admitted that he “acted in coordination with and at the direction of” Trump in making both payments.

It was previously known that Trump was aware of the payments, which were funneled to the women through shell companies created by Cohen in the final months of the election. Trump acknowledged in May that he authorized Cohen to pay off Daniels, though the president denied having ever had a sexual encounter with her. Two months later, in July, CNN published a secret audio recording Cohen made of a meeting with Trump in which the two discussed the payment to McDougal. 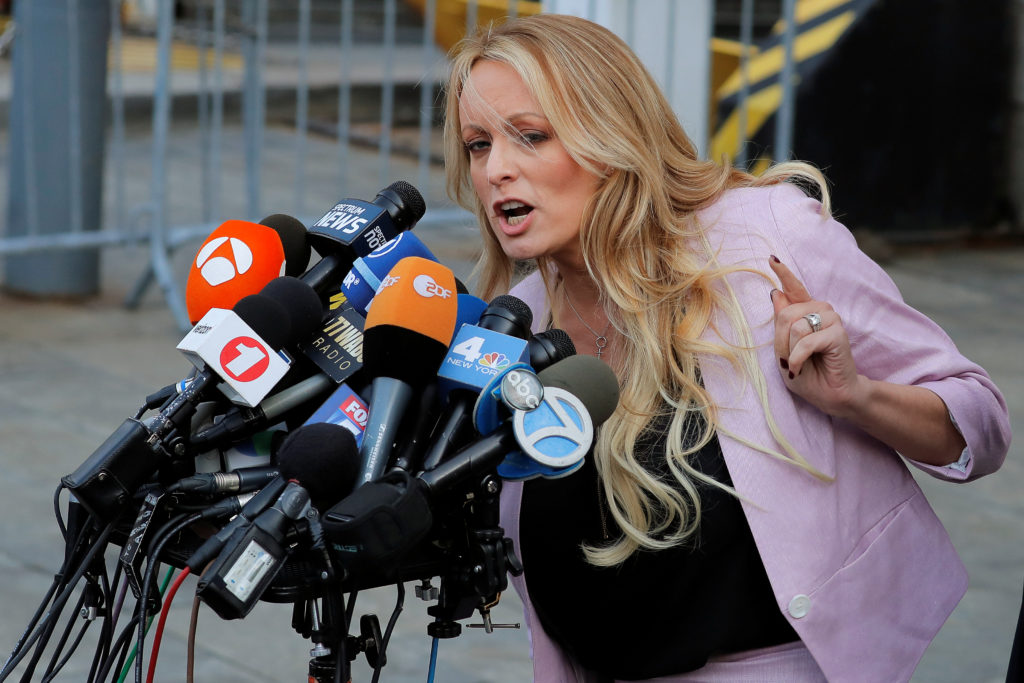 But up until Friday, federal prosecutors had not yet linked Trump directly to the illegal payments. That changed with the court filing by prosecutors for the Southern District of New York.

Cohen admitted that he “acted in coordination with and at the direction of” Trump in making both payments, prosecutors said. The language left no doubt that federal prosecutors believe Trump acted illegally, a significant development in the case that raises questions about whether the president will now be open to potential charges that he violated campaign finance law.

The memo outlining Manafort’s five key lies to the special counsel was heavily redacted — particularly the section involving Konstantin Kilimnik, a Russian-Ukrainian consultant and former associate of Manafort who is also believed to have ties to Russian intelligence.

READ MORE: How Manafort violated his plea deal, according to Mueller’s latest documents

Mueller’s team said Manafort lied about his contact with Kilimnik, who was indicted alongside Manafort in June for attempting to interfere with witnesses in Mueller’s investigation.

But it’s still not clear why Manafort is trying to hide Kilimnik’s actions from Mueller’s team, nor whether Mueller has gotten him to answer key questions about his time as campaign chair, including his involvement in a June 2016 meeting with Russian actors at Trump Tower.

In seeking “a substantial term of imprisonment” for Cohen, federal prosecutors in the New York investigation made clear in the sentencing memo they wanted to use the case to set a national example. Cohen’s “offenses strike at several pillars of our society and system of government: the payment of taxes; transparent and fair elections; and truthfulness before government and in business,” prosecutors said.

A tough sentence would also deter future candidates from breaking campaign finance law, and send the “important message that even powerful individuals cannot cheat on their taxes and lie to financial institutions with impunity,” prosecutors said.

The PBS NewsHour’s William Brangham walks through the latests developments on Cohen and Manafort.

As if the message wasn’t clear enough, prosecutors noted that campaign finance laws existed in order to prevent people like Cohen from acting “as if the political process belongs to the rich and powerful.”

This crucial passage in the court filing does not refer to Trump by name. But by framing the case in sweeping national and moral terms, federal prosecutors handed ammunition to Trump’s critics — most notably, House Democrats, who would need to build a convincing political argument if they choose to investigate the president when they assume control of the chamber next year.