Obama goes on offense post-State of the Union 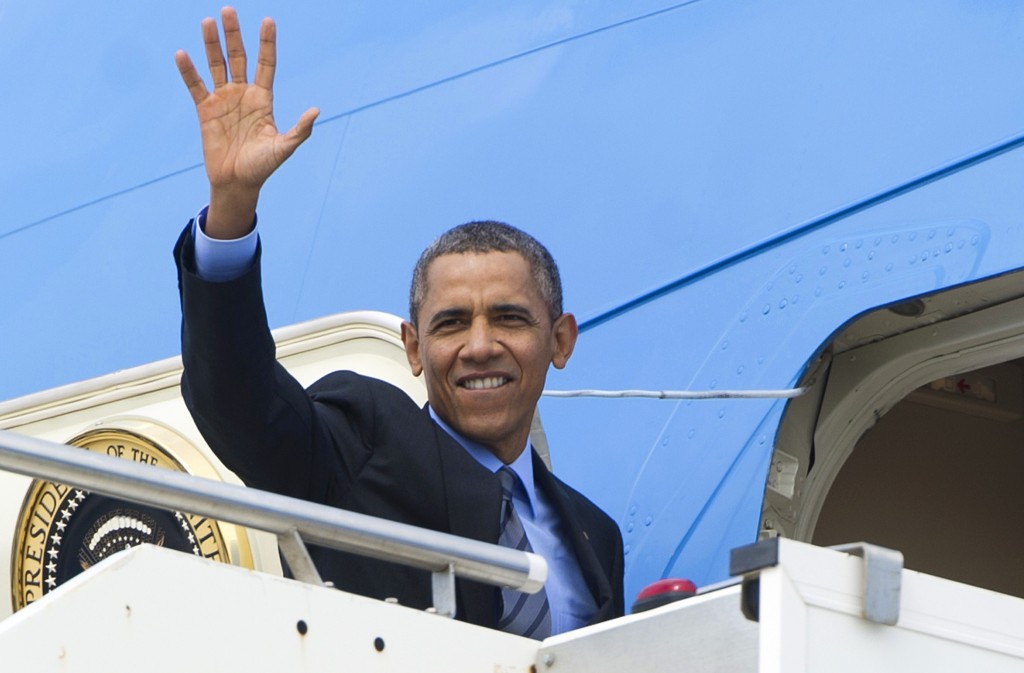 President Obama’s travel tells us something: For three weeks, President Obama has been on tour, first previewing his State of the Union speech and now amplifying it. Take a look at the itinerary:

Now look at the political map: You might see the general trend already. Morning Line pinned down the politics of each of these places and the result – a map that started in deep blue territory (Wayne, Mich. voted 73 percent for Obama in 2012) but then quickly jumped to red spots and then the bluest spots in red territory. Here’s a look at Air Force One’s path in terms of past votes for Obama.

What this tells us: With one nod to his base (Wayne, Indiana), the president is jumping deep into generally Republican territory and into states that notably do not have particularly large numbers of electoral votes. But these are places where Democrats have some small potential footholds, particularly university towns, where the president seems to be sending a message to Republicans and perhaps to his own party as well. That message: I’m going on offense.

Daily Presidential Trivia: On this day in 1973, former President Lyndon Johnson died. Where did Johnson die and where was he born? Be the first to tweet us the correct answer using #PoliticsTrivia and you’ll get a Morning Line shout-out. Congratulations to seansmorris (@seansmorris) for guessing Wednesday’s trivia: Which presidents have been accused of dodging the draft? The answer: Bill Clinton and George W. Bush.

Drug smugglers turn to drones to get meth across the border. This one landed in a parking lot. http://t.co/Efqmxwm2LH pic.twitter.com/tzbwjCOkjO