President Obama is expected to make a statement on his request for war authorization at 3:30 p.m. EST today. Watch that in the player above.

AUMF asks for no geographic limitations, restrict ground troops, set timeline: The long-awaited “Authorization for Use of Military Force” from the White House came Wednesday. It shouldn’t be surprising that a president would want as much latitude as possible, as President Obama asked for no geographic limitations. But the resolution restricts the use of ground troops. The White House had previously claimed that the 2002 authorization to fight in Iraq gave them license to wage a battle against IS. But that changed after the midterm elections and in the run up to the State of the Union.

What the Constitution says about war power: The tension between Congress and the president over war power is of course part of the basic balance of power in the U.S., written into the Constitution. Article I, Section 8 gives Congress the power “to declare war … make rules concerning captures on land and water; To raise and support armies … To provide and maintain a navy;” and “To make rules for the government and regulation of the land and naval forces.” But Article II, Section 2 says, “The President shall be commander in chief of the Army and Navy of the United States, and of the militia of the several states, when called into the actual service of the United States.”

The U.S. hasn’t declared war in more than 70 years: No Congress has declared war since the June 4, 1942, declaration against Bulgaria, Hungary, and “Rumania” during World War II. But since WWII — despite conflicts in Korea, Vietnam, Iraq and other hot spots — presidents have taken action without declarations of war. Congress tried to rectify some of the ambiguity with the War Powers Act of 1973, which requires the president to “consult” with Congress and gives the president the ability to use force in emergencies, but it sets a timeline of 60 to 90 days without congressional authorization. Since the president announced action against IS — Sept. 10, 2014 — it has been 154 days.

Which war powers the president wants to change There are currently two war powers resolutions, or authorizations to use military force, in operation. One, passed in 2001, relates directly to the Sept. 11 attacks and gives the president the power to use force against any person, group or nation that aided in those attacks. It has generally been used to authorize the fight against al-Qaida and its affiliates. The White House does not want that resolution to change. What the White House is requesting is a new resolution to replace the other authorization — the authorization passed in 2002 allowing use of force in Iraq. Again, multiple Congressional sources tell us President Obama wants a new authorization to allow force against the Islamic State militants and that he is requesting a three-year timeline for that authorization. Thus, it would sunset at the beginning of the next presidency. 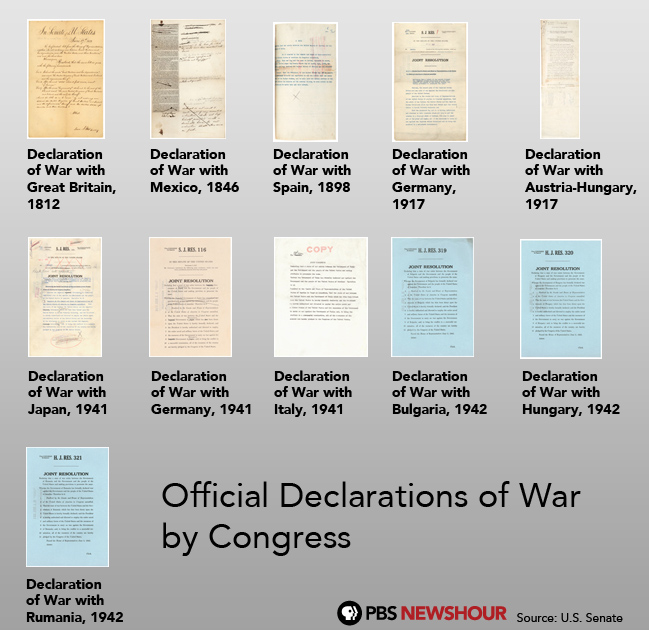 Daily Presidential Trivia: On this day in 1993, President Clinton nominated Janet Reno to be the first female Attorney General of the United States. Who was the first woman to hold a cabinet-level position? Be the first to tweet us the correct answer using #PoliticsTrivia and you’ll get a Morning Line shout-out. Congratulations to Joni Johnson ‏(@celeste1958) for guessing Tuesday’s trivia: How many presidents died in office before the 25th Amendment was created? The answer: 8 — William Henry Harrison, Zachary Taylor, Abraham Lincoln, James Garfield, William McKinley, Warren G. Harding, Franklin D. Roosevelt, John F. Kennedy.

Sen Reid takes a dig at Sen Schumer after no one laughs at his joke https://t.co/TL2SwXUGHR

Thank you, @CNNPolitics, for the creepiest gif of the day pic.twitter.com/iH5KOSuS4F

@StevenTDennis Found this evergreen Roll Call headline from 2010 in my desk: pic.twitter.com/P8bowLjKaj

Left: U.S. President Barack Obama delivered an address to the nation in September on his plans for military action against the Islamic State. Today the president sought military authorization to fight the terrorist group. Photo by Saul Loeb/Pool