Lt. Col. Alexander Vindman, an Army officer who works for the National Security Council, told House lawmakers that President Donald Trump’s July 25 call with Ukraine’s president was “improper” and gave him cause for concern.

“It is improper for the President of the United States to demand a foreign government investigate a U.S. citizen and political opponent,” Vindman said in his opening statement during a public hearing on Nov. 19 before the House Intelligence Committee.

Vindman said he reported his concerns to the National Security Council’s legal adviser.

Vindman and Jennifer Williams, an aide to Vice President Mike Pence, are testifying Tuesday in a public hearing in the impeachment probe into President Donald Trump.

Both Vindman and Williams listened to the July phone call in which Trump asked Ukraine’s president to investigate 2020 presidential candidate Joe Biden and his son, Hunter. 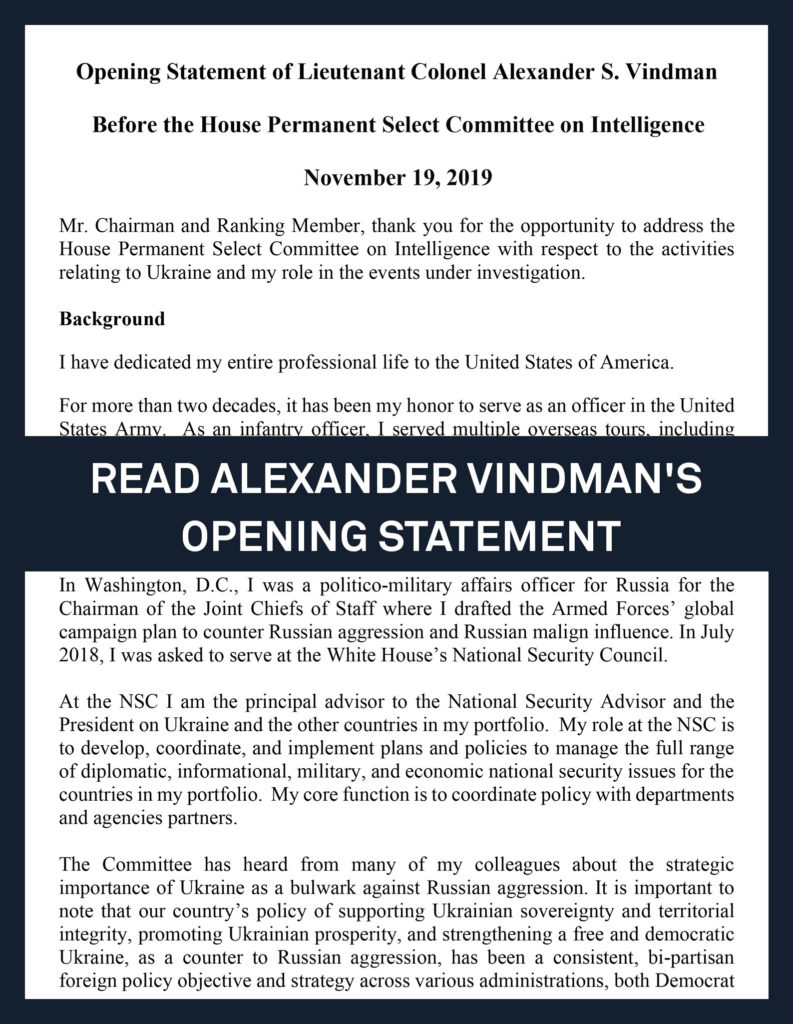 Left: Alexander Vindman, director for European Affairs at the National Security Council, takes his seat to testify before a House Intelligence Committee hearing as part of the impeachment inquiry into U.S. President Donald Trump on Capitol Hill in Washington, U.S., November 19, 2019. Photo by Erin Scott/Reuters