House Democrats have released the transcript of testimony that Alexander Vindman, an Army officer who works for the National Security Council, gave in the impeachment inquiry on the conduct of President Donald Trump.

Vindman was the first official who listened to the July 25 phone call between President Donald Trump and Ukraine President Volodymyr Zelensky to testify. The call, in which Trump asked Zelensky to investigate the son of former vice president and 2020 presidential candidate Joe Biden, has become the center of the impeachment probe.

Vindman told lawmakers last month that he was concerned about the call and did not think it was “proper to demand that a foreign government investigate a U.S. citizen.” He reported his concerns to the National Security Council’s lead counsel. 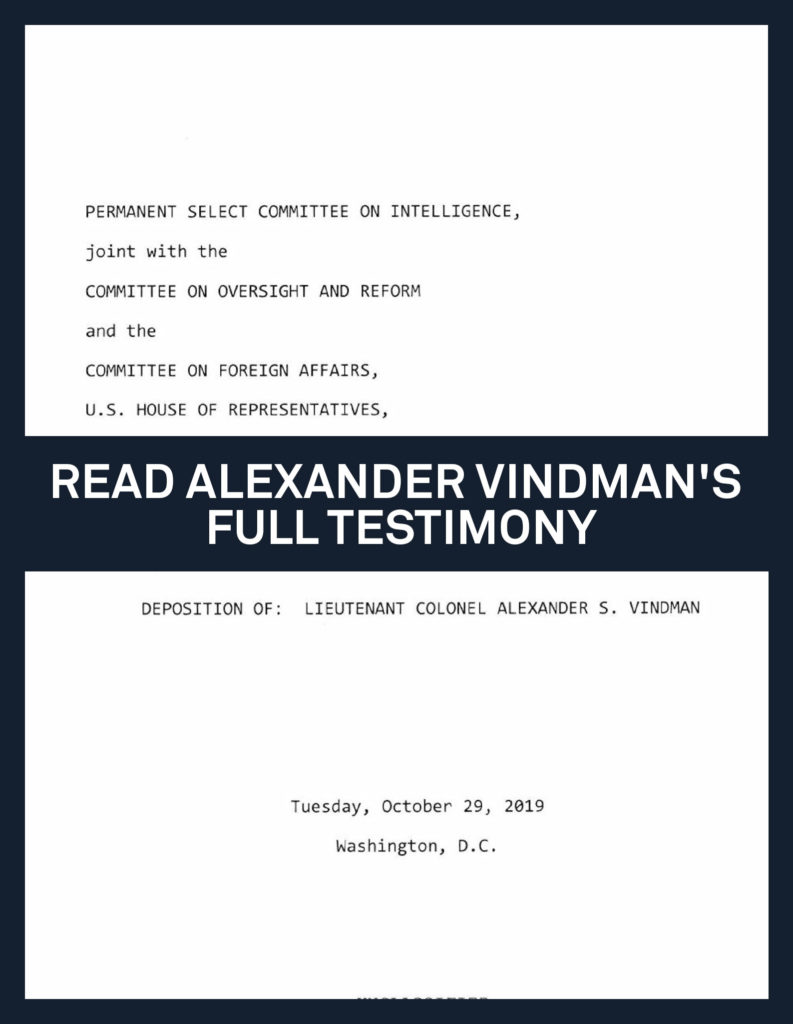