An aide to Vice President Mike Pence has told House impeachment investigators that President Donald Trump’s push for Ukraine to open investigations was “unusual and inappropriate.”

Jennifer Williams is among the staffers who took notes during Trump’s July 25 call with Ukrainian President Volodymyr Zelensky. She testified to investigators earlier this month, and a transcript of her testimony was released Saturday.

Trump on the call with Zelensky pushed for Ukraine’s new president to investigate Democratic rival Joe Biden and his son. At the time, the White House was withholding military aid to the country.

Williams testified that Trump’s discussion of a specific investigation with Zelensky seemed “unusual” to her because it was “more political in nature.”

She said the requests seemed tied to Trump’s “personal political agenda” as opposed to “a broader foreign policy objective of the United States.” 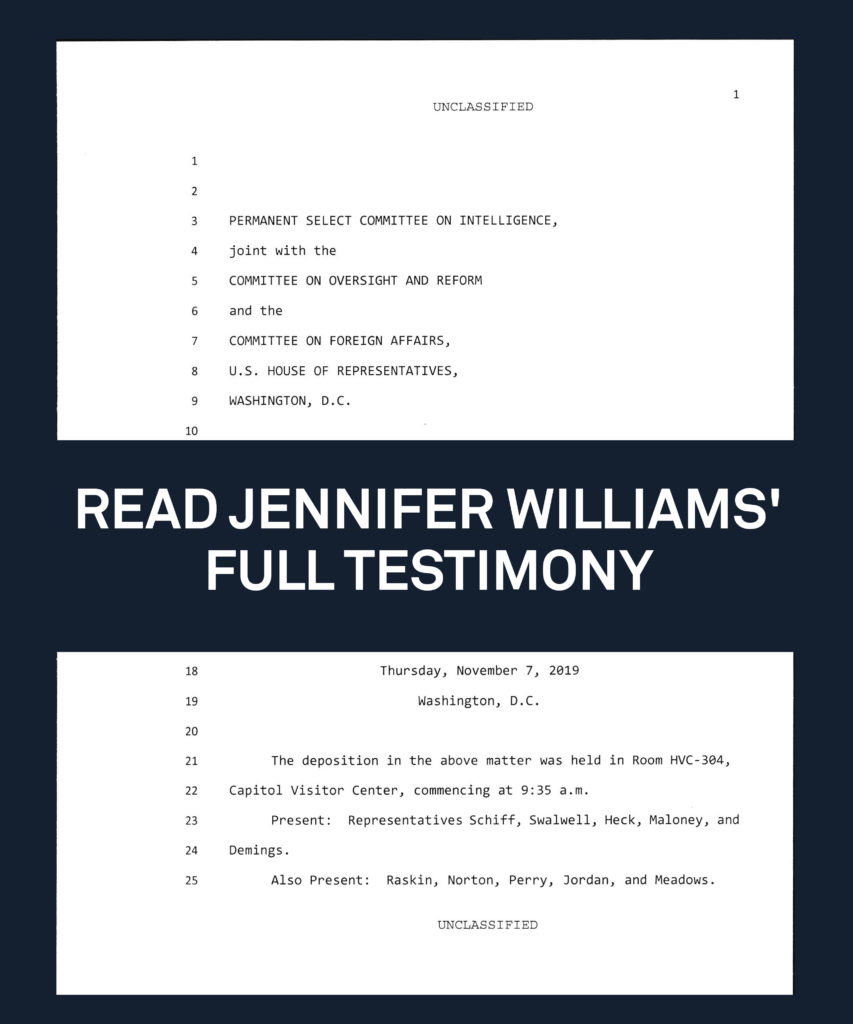 Some key witnesses expected to testify publicly this week