George Kent, the deputy assistant secretary of state for European and Eurasian affairs, criticized President Donald Trump on Wednesday, saying he does not believe the U.S. “should ask other countries to engage in selective, political associated investigations or prosecutions against opponents of those in power.”

In opening statements in a House impeachment hearing, Kent said those actions “undermine the rule of law.”

Kent, along with the top diplomat to Ukraine, William Taylor, appeared before House lawmakers in the impeachment probe’s first public hearing.

Kent testified last month behind closed doors that President Donald Trump sidelined him from being involved in U.S. policy decision on Ukraine. He also said Trump wanted the president of Ukraine to make a public statement saying the country would investigate 2016 election interference and the Bidens.

The impeachment inquiry, which enters a new phase this week with public hearings, centers on a July phone call in which Trump asked the president of Ukraine to investigate former vice president and 2020 political candidate Joe Biden and his son, Hunter. 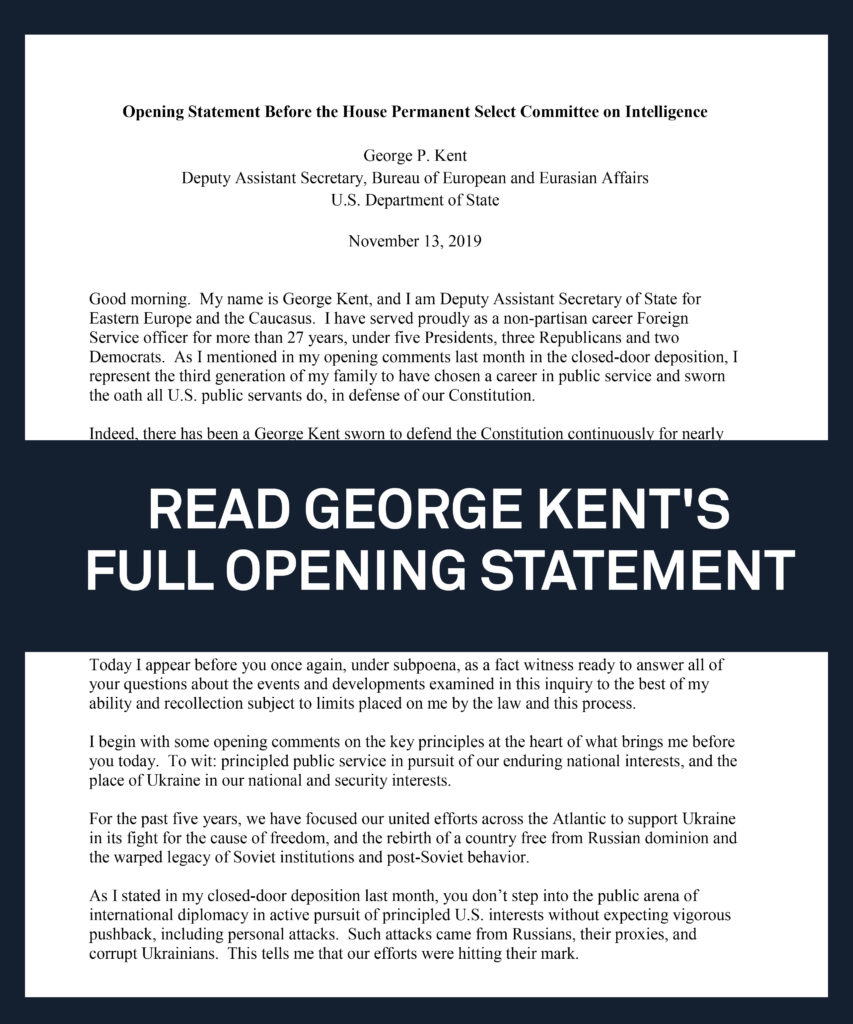