House lawmakers have released the full transcript of Deputy Assistant Secretary of State for European and Eurasian Affairs George Kent’s testimony in the impeachment inquiry against President Donald Trump.

Kent, who oversees U.S. policy for several nations, told lawmakers last month that he was sidelined from handling decisions relating to Ukraine after a May meeting with Trump and other officials.

Kent is scheduled to testify publicly Wednesday in one of the first open hearings in the impeachment probe.

Ahead of those hearings, House Democrats have released transcripts of several interviews they and Republican lawmakers conducted with government officials who might be able to shed more light on the circumstances surrounding a July 25 call between Trump and the president of Ukraine. In the phone conversation, Trump asked President Volodymyr Zelensky to investigate former vice president and 2020 presidential candidate Joe Biden and his son, Hunter. 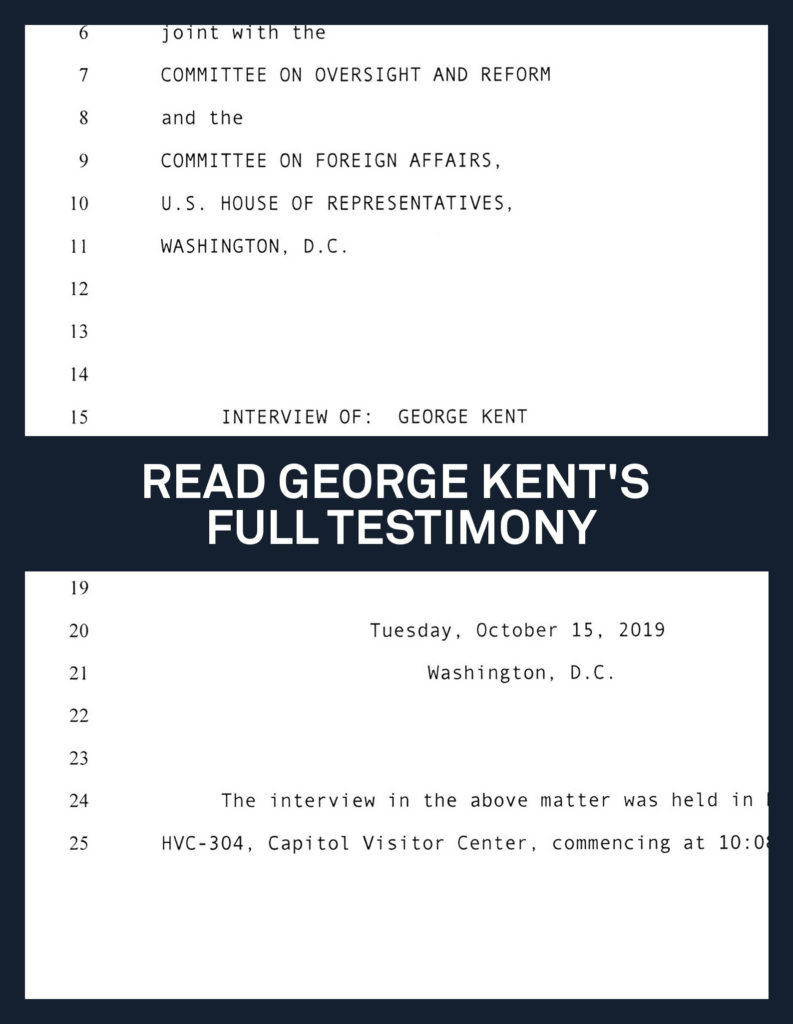 READ MORE: Who’s who in the Trump impeachment inquiry?