A day after House Speaker Nancy Pelosi called for the official launch of an impeachment investigation into President Donald Trump, the president ordered the unusual release of White House notes on his call with Ukrainian President Volodymyr Zelensky The call is reportedly at the center of a whistleblower complaint against the president. Below are highlights of several notable sections. 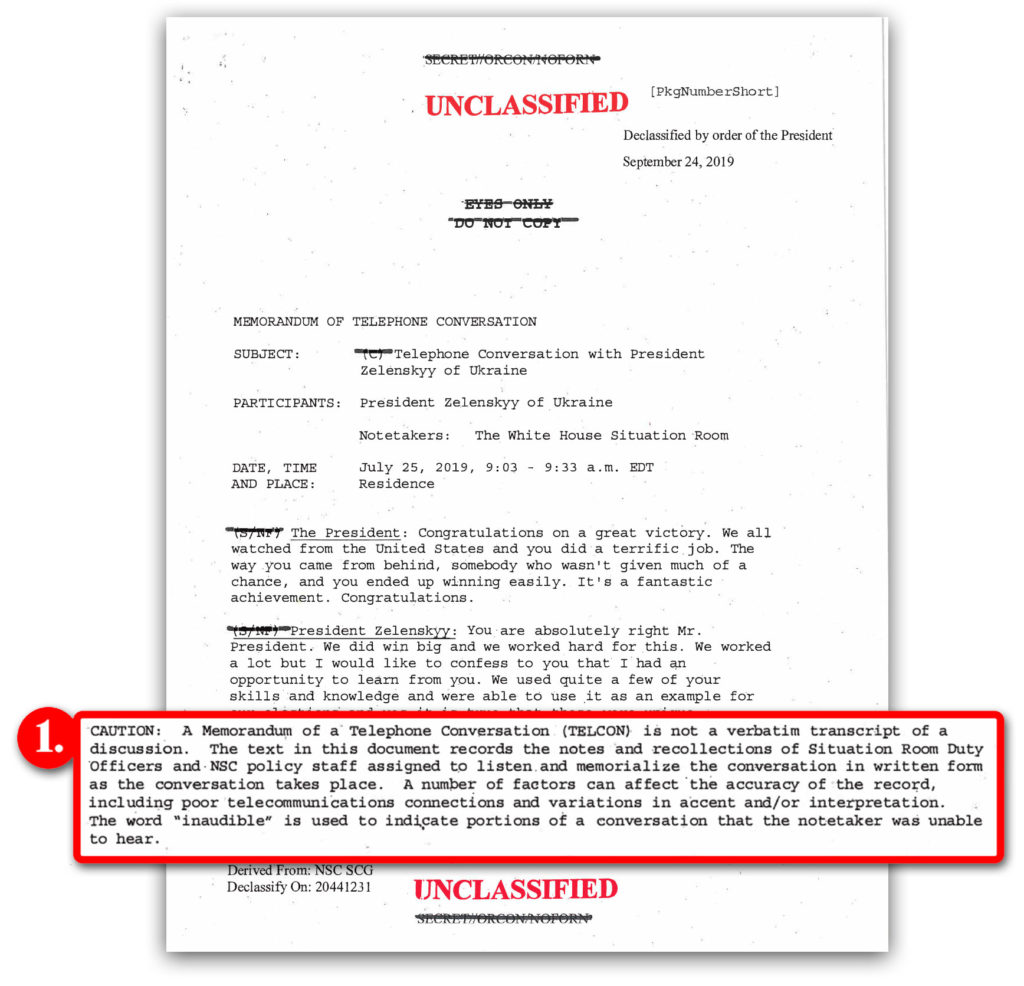 1. This key notation indicates that this memo is NOT a verbatim transcript. This document compiles notes from a number of White House staff members who were listening. It was unclear if interpreters were included. The call is listed as lasting 30 minutes, but this document includes only about 11 minutes of conversation, as determined by a PBS NewsHour analysis. The reason for the discrepancy is unclear. 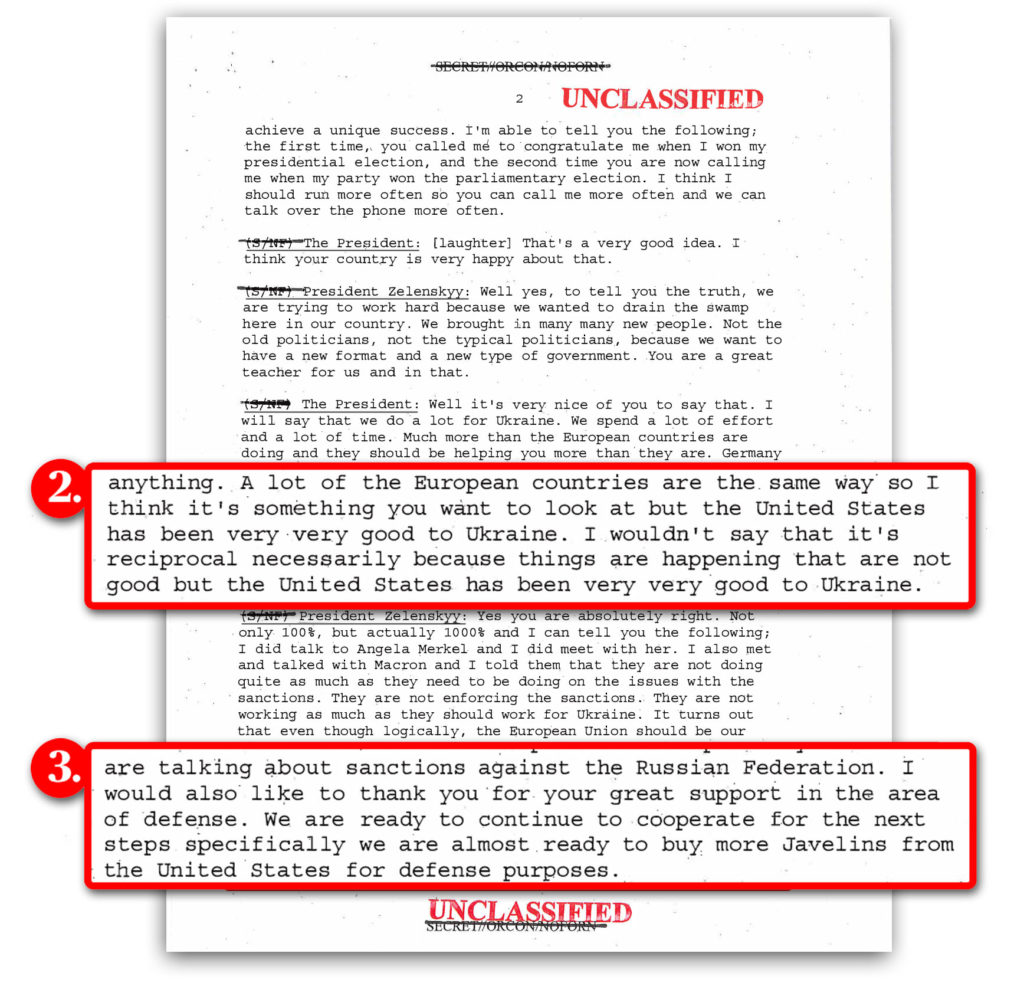 2. Here, Trump notes that the U.S. has been “very, very good to Ukraine.” Days before this call, the Trump administration ordered that nearly $400M in promised military aid be held back from Ukraine.

3. Zelensky praises U.S. support for Ukraine and even notes that the country is ready to buy U.S. weapons. 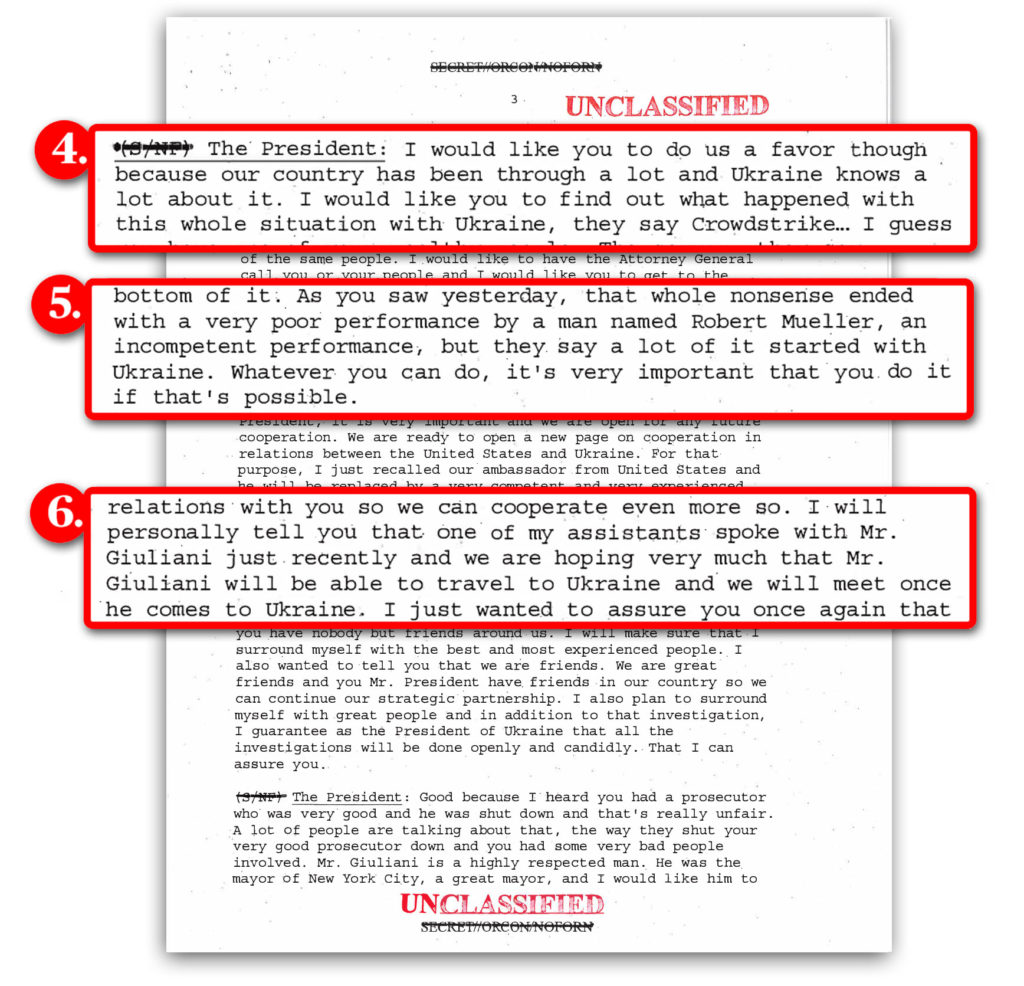 4. This is where Trump begins to ask for help from Ukraine. The meaning of his reference to CrowdStrike is unclear, but that company was hired to investigate the hack of the Democratic National Committee during the 2016 election.

5. Note that this call was made the day after special counsel Robert Mueller testified before Congress on Russian interference into the 2016 election.

6. Here Zelensky brings up Rudy Giuliani for the first time. Giuliani is, and was then, Trump’s personal lawyer. He does not have a foreign policy portfolio or an official White House job, which raises the question: Why would he meet with foreign officials on behalf of the United States? 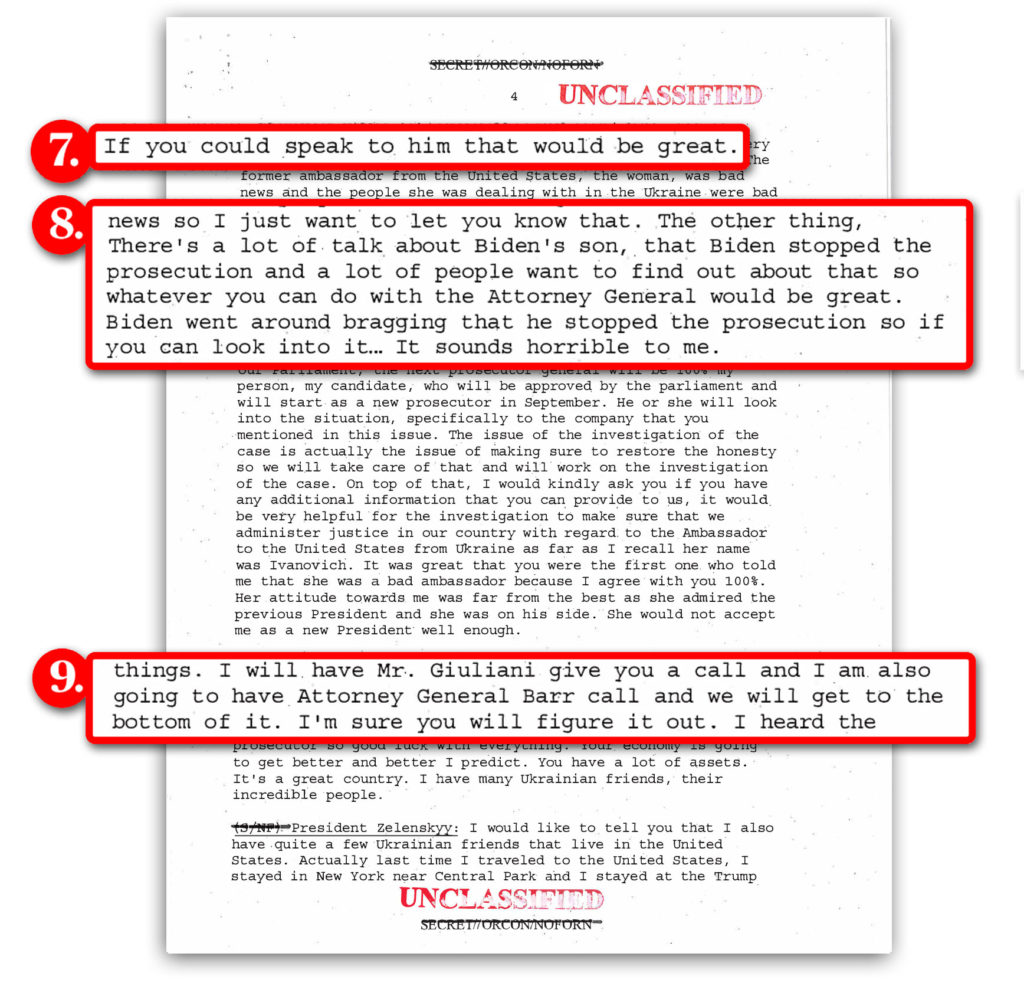 7. More Giuliani. Trump asks that Zelensky meet with him directly.

8. Joe Biden is among the leading Democratic candidates to replace Trump in 2020. His son, Hunter, served on the board of a Ukrainian company while Joe Biden was vice president. Trump is asking a foreign official to investigate his political rival, which could be illegal and undermine the integrity of U.S. elections.

9. Trump asks Zelensky to speak with Attorney General William Barr as well as Giuliani. On Wednesday, Barr said he had not spoken with the Ukrainian leader. 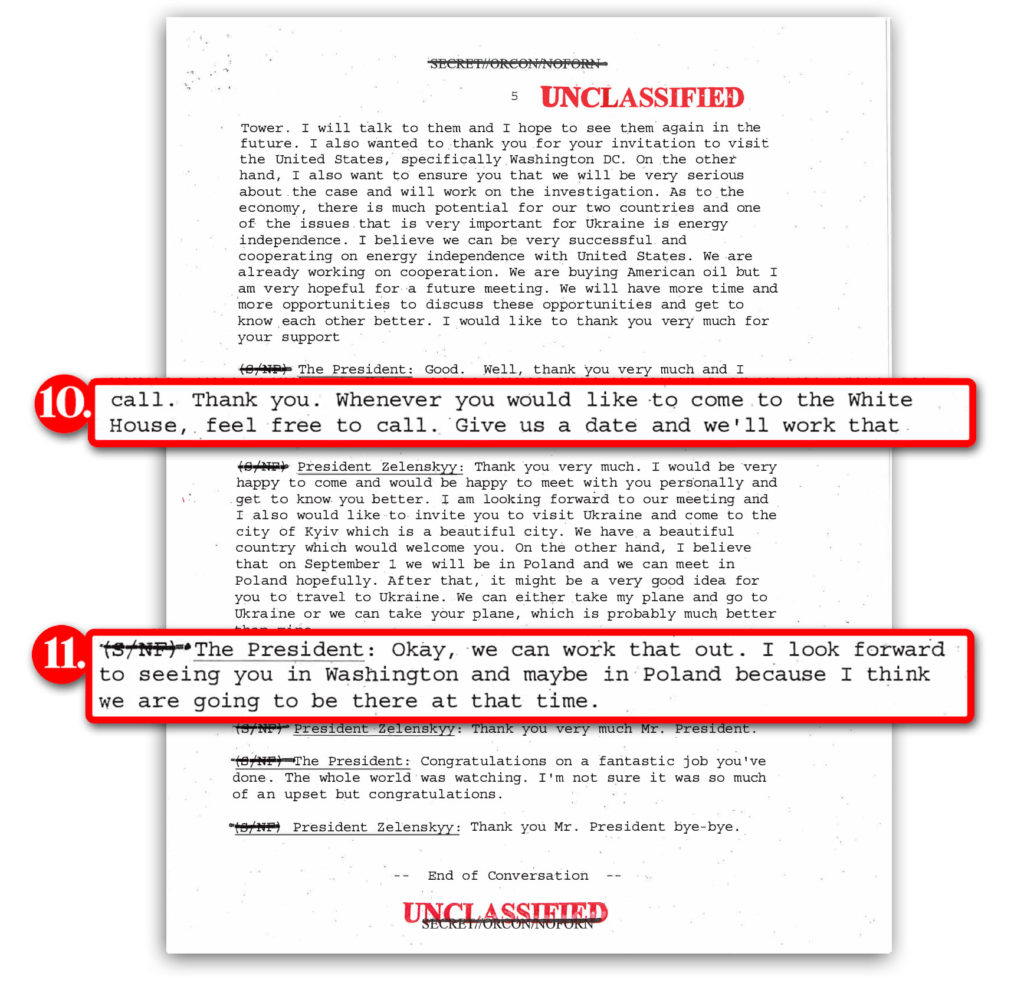 10. Trump gives Zelensky a coveted invitation to the White House.

11. The two leaders were due to meet in Poland in September, but Trump canceled his trip to monitor Hurricane Dorian. Vice President Mike Pence went in his place.

Correction: This story has been updated to indicate the phone call between Trump and Zelensky occurred the day after Robert Mueller testified before Congress.