Sondland told lawmakers last month that Trump told him there was “no quid pro quo” with Ukraine.

The documents released Tuesday include significant revisions to Sondland’s original testimony. In new testimony provided to lawmakers on Monday, Sondland said he now recalls a conversation with an adviser to Ukraine’s president in which Sondland said “resumption of U.S. aid would likely not occur Ukraine provided the public anti-corruption statement that we had been discussing for many weeks.”

The leaders of the committees involved in the impeachment inquiry are releasing transcripts of the interviews they have conducted over the past several weeks. A House resolution approved last week allows the documents to be made public as the inquiry enters a new phase, which will include open hearings. 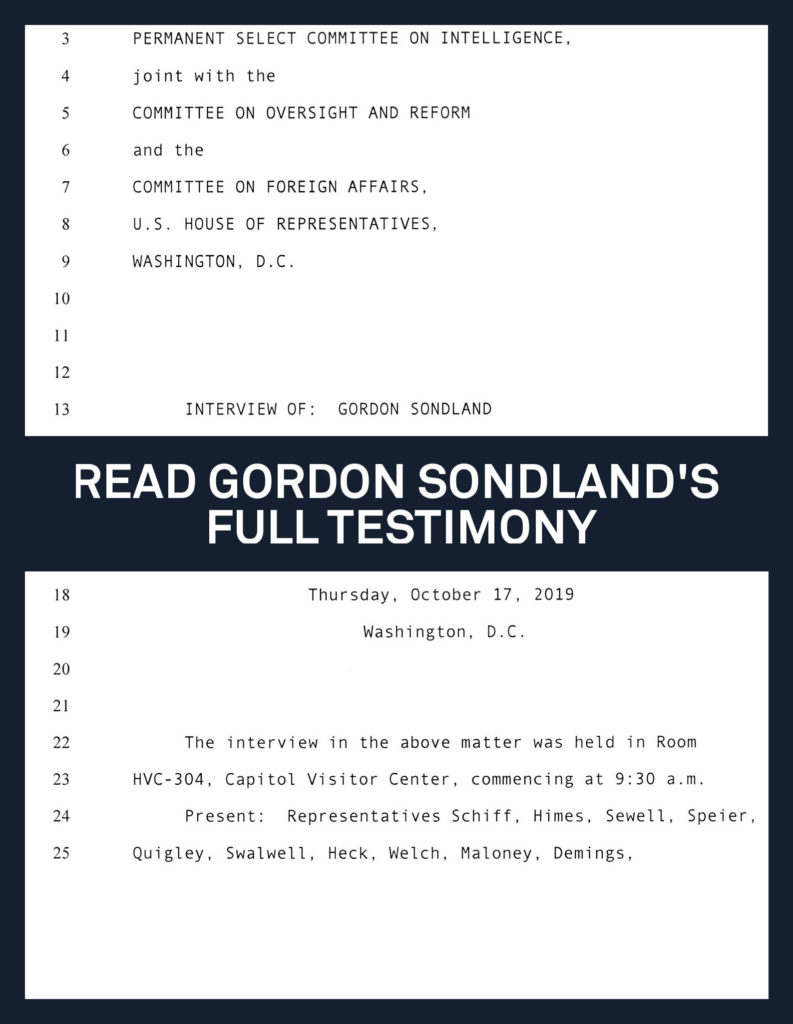 Left: U.S. Ambassador to the European Union Gordon Sondland arrives to testify behind closed-doors as part of the House of Representatives' impeachment inquiry into President Donald Trump on Capitol Hill in Washington, U.S., October 17, 2019. Photo by Carlos Jasso/Reuters