A copy of that letter, dated March 27, was given to the House Judiciary Committee moments before Barr was due to appear before senators during Wednesday’s hearing.

In the letter, Mueller said Barr’s four-page summary of the Russia report, which Barr released March 24, “did not fully capture the context, nature, and substance of this Office’s work and conclusions.”

The special counsel said he and his team communicated the concern to the Justice Department on March 25.

“There is now public confusion about critical aspects of the results of our investigation,” Mueller added. “This threatens to undermine a central purpose for which the Department appointed the Special Counsel: to assure full public confidence in the outcome of the investigations.” 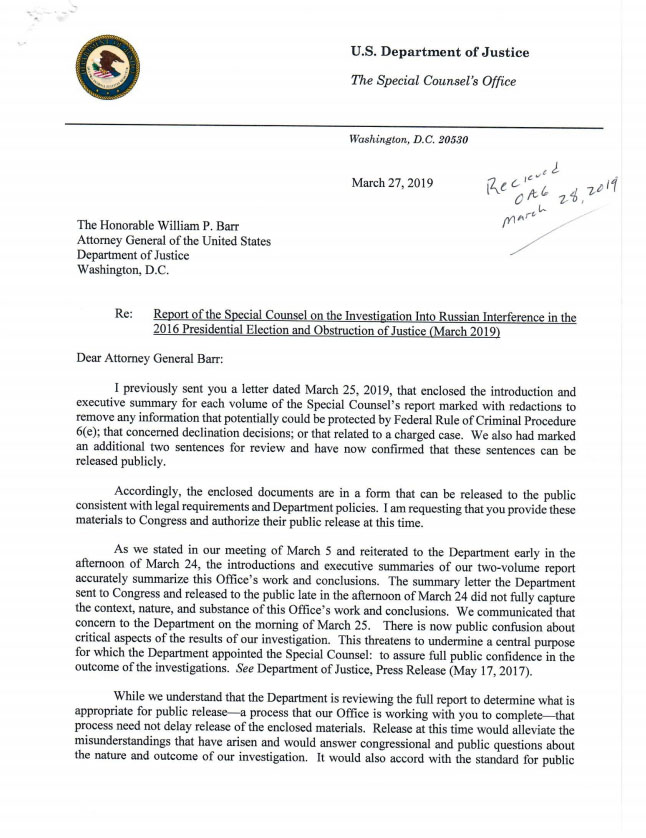 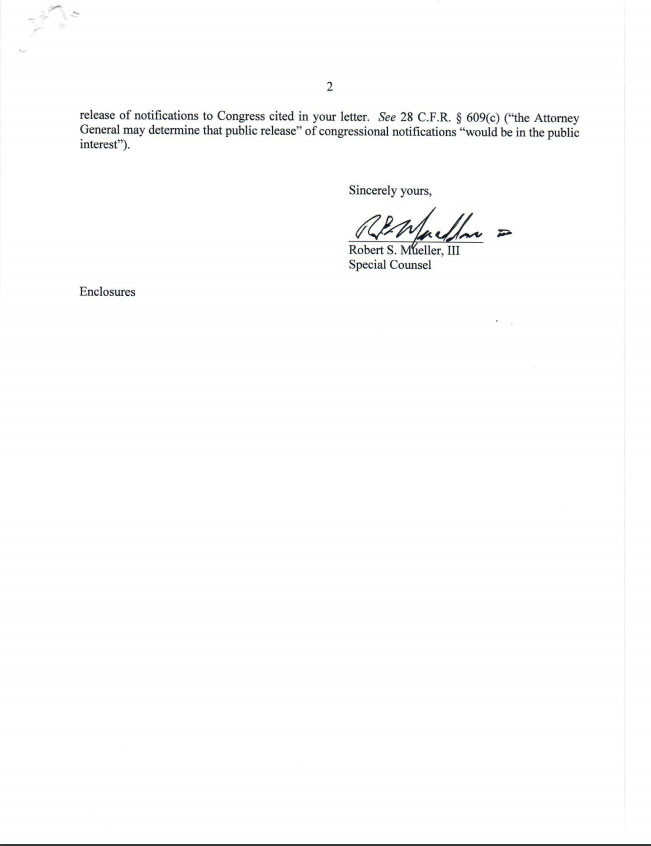