The top U.S. diplomat to Ukraine, William Taylor, told House lawmakers Wednesday that a member of his staff heard President Donald Trump on a phone call asking Gordon Sondland, the U.S. ambassador to the European Union, about “the investigations.”

The testimony, which was given during the first public impeachment hearings, provided additional details about Trump’s role in asking Ukraine to help with a domestic political campaign.

Taylor, along with Deputy Assistant Secretary of State George Kent, are testifying in the first public hearing as part of the House impeachment probe against President Donald Trump.

In a closed-door interview last month, Taylor testified that he believed the Trump administration withheld military aid to Ukraine in an effort to pressure the country to investigate Trump’s political rivals.

Taylor’s concerns were first publicized in excerpts of text message conversations House Democrats released to the public. He wrote in a message to other U.S. diplomats, “I think it’s crazy to withhold security assistance for help with a political campaign.”

“I believed that then, and I believe it now,” Taylor testified Wednesday.

The impeachment inquiry centers around a July phone call in which Trump asked the president of Ukraine to investigate former vice president and 2020 political candidate Joe Biden and his son, Hunter. 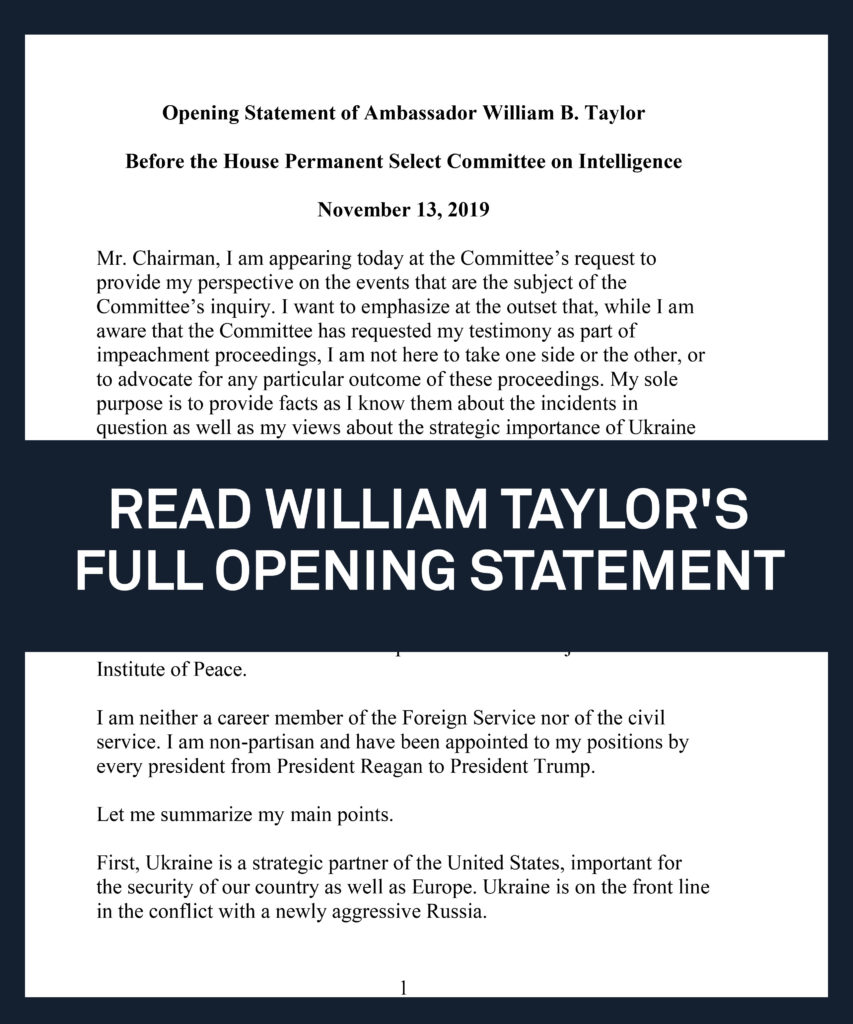