House lawmakers have publicly released the transcript of the interview William Taylor, the U.S. chargé d’affaires to Ukraine, gave last month in the impeachment inquiry.

In the text message conversation, Taylor wrote that withholding aid from Ukraine in exchange for help with a political campaign would be “crazy.” 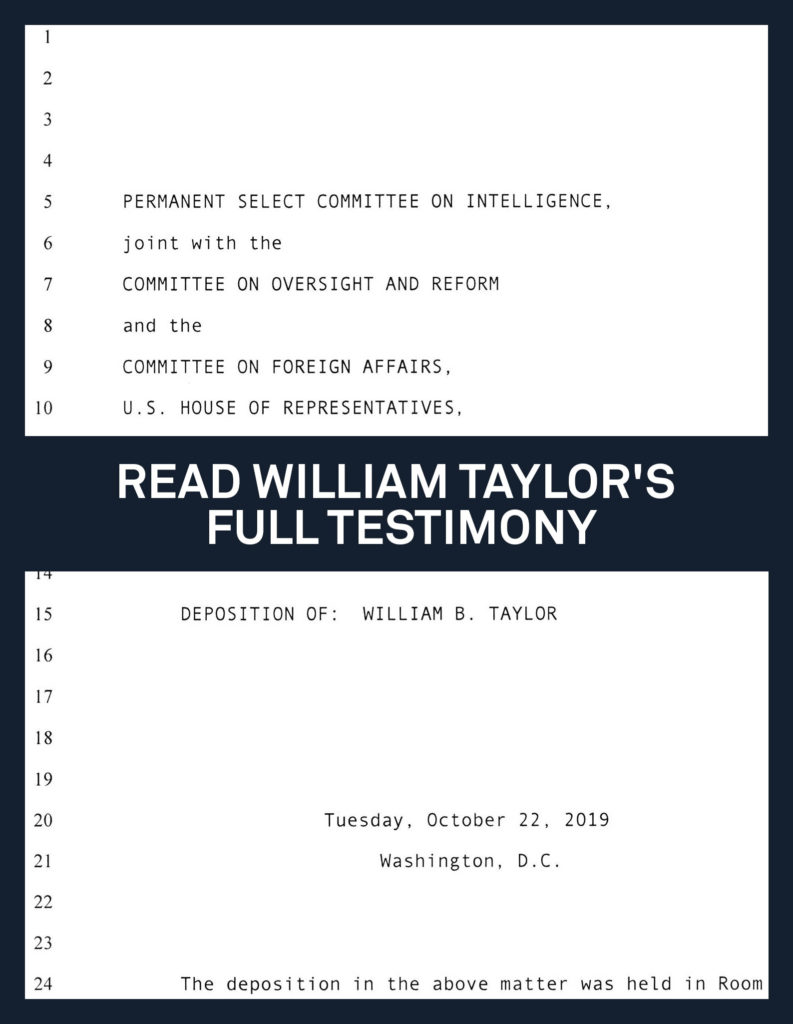 What Gordon Sondland and Kurt Volker said about U.S. aid to Ukraine