‘Several’ lawmakers had contact with person who got COVID-19, physician says

WASHINGTON (AP) — The Capitol’s attending physician said Monday that “several” members of Congress had contact with a person who attended a recent political conference and who subsequently developed COVID-19, the illness caused by the new coronavirus. They “remain in good health,” the physician’s office said.

In a note to lawmakers, the attending physician’s office said the ill individual had recalled “specific names of people he had contact with during the meeting.”

“Several of these individuals, Members of the Congress, were identified and were contacted on the evening of March 7” by the physician’s office, the note said.

Their symptoms were reviewed, and the individuals were considered to be at “low risk” of contracting the disease, the statement said. It said all of the lawmakers the physician’s office was monitoring “remain in good health.”

On Sunday, two members of Congress, Sen. Ted Cruz and Rep. Paul Gosar, said they are isolating themselves after determining they had contact with the person at the conference.

Cruz, R-Texas, said Sunday he had brief contact with the man at the Conservative Political Action Conference nearly two weeks ago and would spend the next few days at his home in Texas until a full 14 days had passed since their interaction.

Gosar, R-Ariz., said that he had made contact with the man at CPAC and that he and three members of his senior staff were under self-quarantine. His office will be closed for the week, he said in a tweet Sunday.

Besides Cruz and Gosar, the CPAC schedule listed three other senators and 12 House members who were scheduled to speak. They included No. 2 House GOP leader Steve Scalise of Louisiana, No. 3 Republican leader Liz Cheney of Wyoming and congressman Mark Meadows of North Carolina, who has since become the White House chief of staff.   Also on the schedule was Transportation Secretary Elaine Chao, the wife of Senate Majority Leader Mitch McConnell. 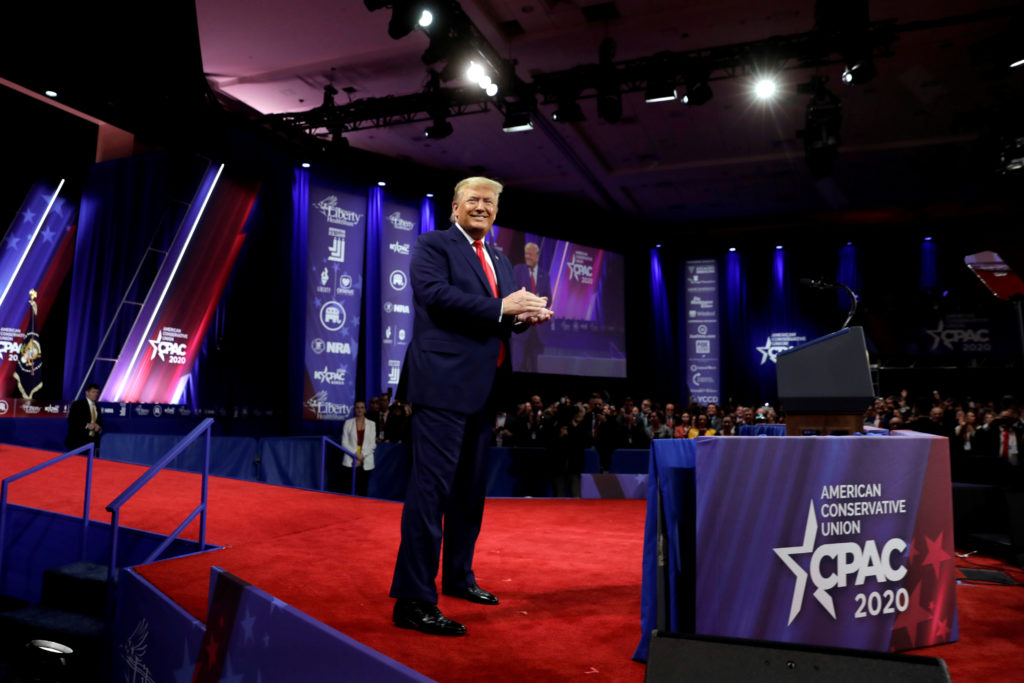 Cheney has been told by CPAC that she was not exposed to the convention attendee who has tested positive for the coronavirus, a Cheney spokesman said.

Both President Donald Trump and Vice President Mike Pence spoke at CPAC, but the White House said there was no indication that either had met or been in “close proximity” to the infected attendee.

Cruz said he met the man being treated for coronavirus 10 days ago at the conference in Oxon Hill, Maryland. The Texas Republican said he’s not experiencing any symptoms, feels fine and has been advised by medical authorities that the odds of transmission were extremely low.

Yet, Cruz said, out of an abundance of caution he will remain at home. He said medical authorities advised him that those who have interacted with him in the last 10 days should not be concerned about potential transmission.

David Popp, spokesman for Senate Majority Leader Mitch McConnell, said Sunday evening that no changes had been made in the chamber’s schedule in the wake of Cruz’s decision to remain in Texas. McConnell had spoken with Cruz, Popp said.

The Senate has a vote scheduled Monday evening and plans to be in session this week considering energy and possibly other legislation. The Senate and the House are set for a one-week recess the week of March 16.