President Donald Trump kept the state of Ohio in his reelection bid, but narrowly lost the suburban vote to former Vice President Joe Biden, according to preliminary data from the Associated Press’ VoteCast survey. Suburban voters split between the two candidates, giving the Democrat the slight lead at 50 percent. 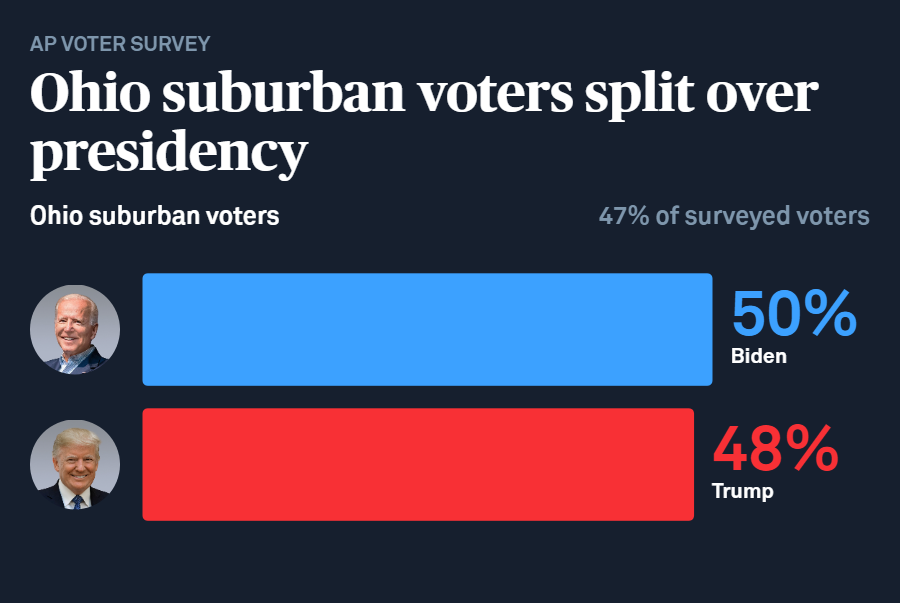 Trump won the state with a similar lead in 2016, thanks in part to 57 percent of voters in suburban regions. But Republican lawmakers and strategists who spoke with the Associated Press in mid-September pointed to research that showed a potential drop in Trump’s support from his 2016 totals across every suburban region of the state.

That is consistent with other preliminary data about voters without college education during this presidential race nationwide.

What Trump and Biden are telling supporters as campaigns wind down