President Donald Trump has won Ohio and its 18 electoral votes, holding on to a battleground state where the race against Democrat Joe Biden had tightened in recent months.

The Republican nominee comfortably carried the Midwestern state four years ago, but polls heading into the final weeks showed Biden well within range, forcing the president to spend more time in the state than anyone expected.

In 2016, Trump saw notable support from blue-collar manufacturing and mining communities disenchanted with his opponent, Democrat Hillary Clinton, and buoyed by the Republican’s promise to bring back jobs to their hard-hit communities. 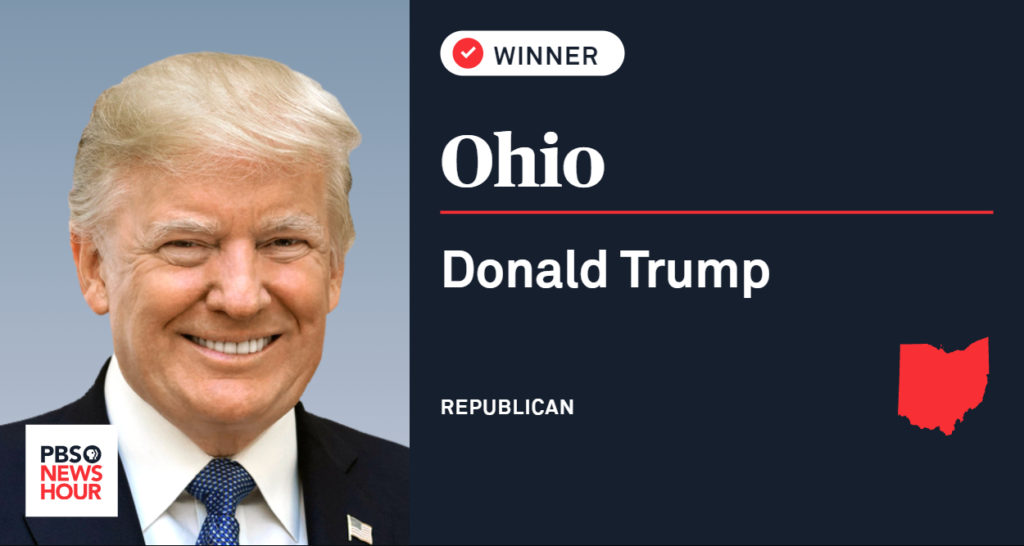 Biden saw the gap as overly daunting early on but seized an opening in the closing months amid Trump’s softening support among college-educated suburban women. The campaign responded with a summer ad blitz and string of in-person campaign appearances.

Left: "Ohio Voted" stickers are seen at the Hamilton County Board of Elections for voters who cast their ballots for the upcoming presidential election as early voting begins in Cincinnati, Ohio, U.S., October 6, 2020. Photo by REUTERS/Megan Jelinger

Economy, racial injustice: Young Ohioans are turning out the vote