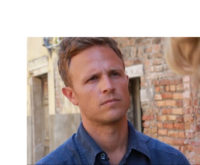 France has the largest Jewish population outside of Israel and the U.S., with 500,000 Jewish people living there. And with several high-profile, anti-Semitic incidents in recent years, along with statistics showing a significant rise in anti-Semitic attacks, there are growing concerns among the Jewish community. Special correspondent Christopher Livesay and videographer Joan Martelli report.

Christopher Livesay is a foreign correspondent and producer based in Rome.

Weinstein jury indicates it is split on some charges