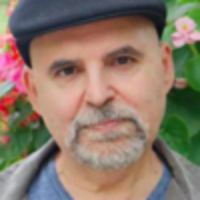 Nils Lofgren: 50 years of ‘just being a guy in the band’

Twenty years ago, Carlos Santana released one of the biggest hit albums in history: the Grammy-winning "Supernatural." But 2019 also marks the 50th anniversary of his famed Woodstock performance. On top of that, he has a new album, "Africa Speaks." In Part 1 of a special two-part series, NewsHour Weekend's Tom Casciato sits down with the legendary guitarist to discuss his latest musical direction.

Tom Casciato is an Emmy award-winning director, writer, producer and television executive who has created critically acclaimed nonfiction projects that have appeared on PBS, ABC, NBC, TBS, Showtime and more. He recently directed and produced two stories within episodes of the second season of the Emmy Award-winning climate-change series, "Years Of Living Dangerously." His 2013 film with Kathleen Hughes and Bill Moyers for Frontline series, "Two American Families," was called by Salon “... one of the best and most heartbreaking documentaries” of the year. Tom previously worked at WNET from 2006 until 2012, serving variously as director of News & Current Affairs and executive producer of two PBS series, "Wide Angle" and "Exposé: America’s Investigative Reports."

Christopher Booker is a correspondent and producer for PBS NewsHour Weekend covering music, culture, our changing economy and news of the cool and weird. He also teaches at Columbia University’s School of International and Public Affairs, following his work with Northwestern's Medill School of Journalism in Chicago and Doha, Qatar.